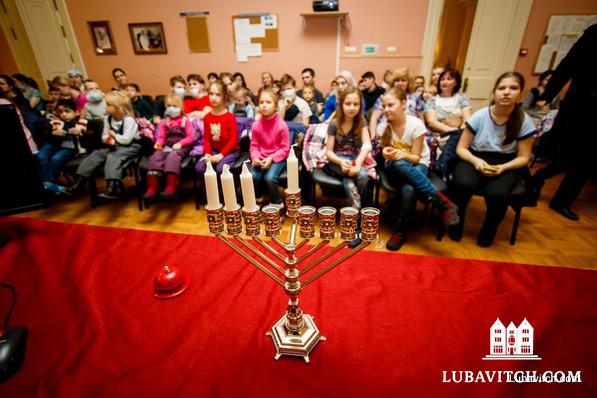 A menorah is lit at a Chanukah event for hospitalized children
Photo Credit: Photos: Levi Nazarov

For Russia’s Jews, the Chanukah holiday, its lights and message of religious freedom and the triumph of good over evil has particular resonance.

Here are some holiday highlights.

25 Years of Lighting the Menorah at the Kremlin

This Chanukah marks the twenty-fifth consecutive year that Chief Rabbi of Russia Berel Lazar lit the menorah in Moscow’s Red Square. The lighting, which takes place between the statues of Karl Marx and the walls around the Red Square, was broadcast to millions of viewers Russia-wide. At the conclusion of the candle lighting ceremony, lively Chasidic music filled the air as Jews from all stripes and backgrounds united in celebration. 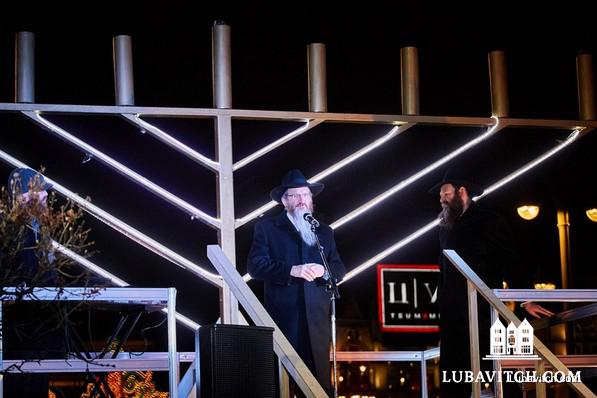 At a private meeting at the Kremlin office, President Vladimir Putin offered holiday greeting to Rabbi Berel Lazar and his nation’s Jewish community. “I would like to extend my holiday greetings to you and to all of Russian Jewry. I wish you a happy Chanukah and all of the very best, along with your family. I must say that there are very positive developments in Russia; new synagogues and Jewish centers are opening up, and I am thankful to you for that. I hope that our joint efforts will continue to thrive and progress.”

Later, the president told Rabbi Lazar, “There have been many nations who have come and gone, but the Jewish nation continues to exist, generation after generation for thousands of years. I am sure that this is only because of their strict adherence to the Torah and its commandments. They pass on these traditions throughout the generations no matter what the circumstances.”

“Once again, I’d like to thank you for the development of Jewish communities, and lots of Jewish activities for all ages and in all areas here in our country of Russia,” continued the president.

Rabbi Alexander Boroda, president of the Federation of Jewish Communities in Russia, also attended the meeting. The conversation focused on the continued development of Jewish institutions in Russia, including the return of many historical buildings which had been synagogues and Jewish schools in the past. The president was highly supportive of all these initiatives and requests.

A First: Chanukah Parties for Sick Children in Moscow Hospitals

This year, for the first time ever, the Moscow Bikur Cholim organized Chanukah parties in Moscow hospitals for children with various diagnoses. The visitors brought holiday cheer to the children, with the menorah lighting, doughnuts and kosher treats, and gifts of toys and games.

The Bikur Cholim was helped by the Lev LaYeladim organization, which runs under the auspices of the Shaarei Tzedek Chesed Center of Moscow.

6,000 Attend Annual Pre-Chanukah “Man of the Year” Event at the Kremlin

The Association of Jewish Communities of Russia held their annual pre-Chanukah event in the Kremlin in Central Moscow honoring individuals who’ve made significant contributions to Jewish life, in particular, to Russian Jewry. This year, the event featured a concert by Israeli performers Yishai Ribo and the Gat Brothers. 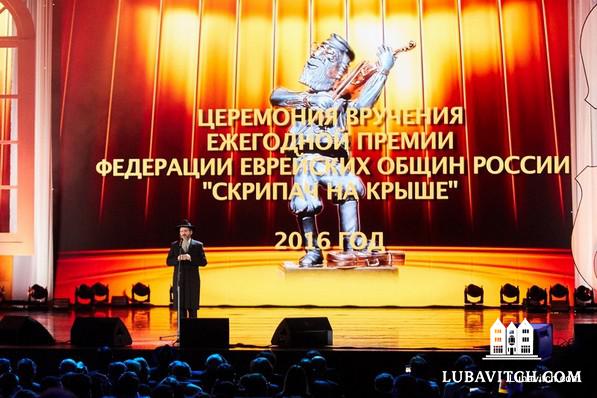