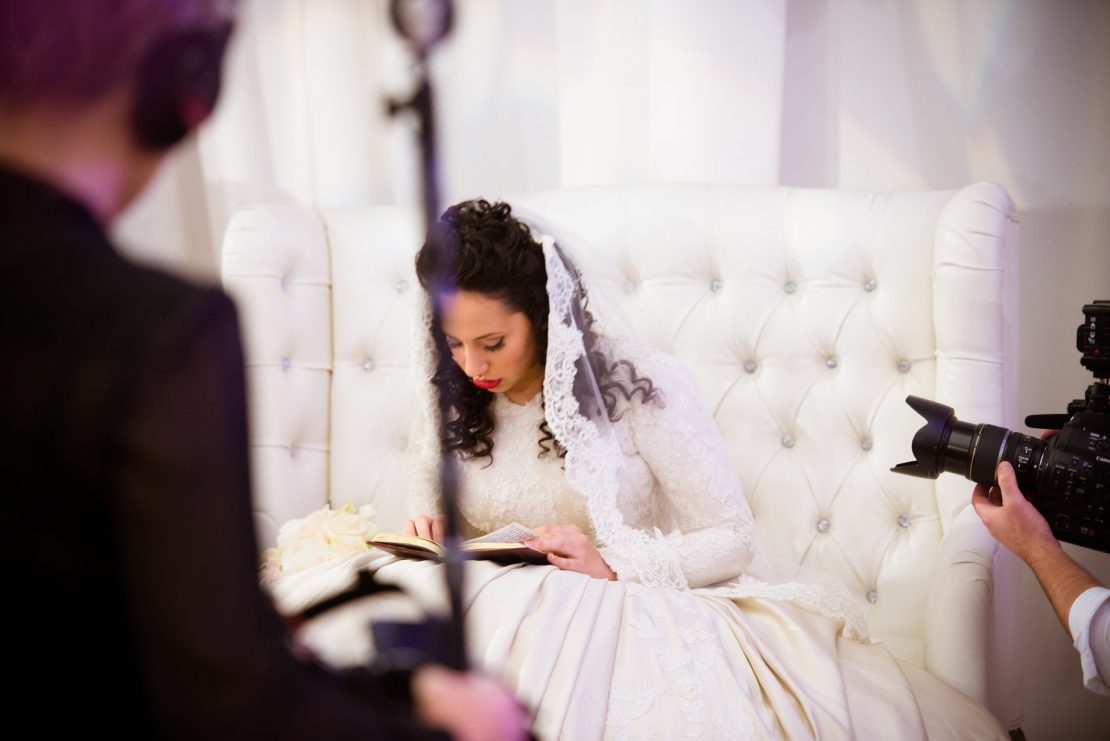 More than half a million viewers tuned in this week to watch Belief, Oprah Winfrey’s OWN network television event, a week-long documentary series that depicts how people with a wide range of beliefs search for deeper meaning and connection with the world around them. The series explores the rituals, stories and relationships that bind people together as human beings.

One of the segments featured Lubavitch International’s* staff writer, Rena Greenberg and her fiancé, Yermi Udkoff, a medical student, as they prepare for their wedding and marry at Chabad Headquarters in Brooklyn, exposing viewers to the unique customs, traditions and values of a Chasidic bride and groom.

“For the past three years, my team and I have been working to find the most compelling and thoughtful stories of faith, love and devotion from around the world,” says Oprah in the introduction to the program that airs over seven consecutive nights.

The miniseries, which was shown at the UN and comes with an accompanying educational curriculum, shows snapshots of the world’s largest religions, with 30 individual stories filmed around the world. Judaism, whose adherents only make up %0.2 of the world population, is well represented. The stories include Jeff Hoffman, a space shuttle astronaut who brought a Torah into space and a Jewish teenage cellist in Jerusalem.

Two segments that have garnered a lot of media attention focused specifically on the Chabad-Lubavitch community. In the premiere episode, the show follows Mendel Hurwitz, the son of a Chabad emissary to Budapest, Hungary as he celebrates his Bar Mitzvah, and the following night viewers watched the segment with Rena and Yermi, offering viewers compelling insight to the spiritual and emotional experience of this young bride and groom steeped in the traditions of their Jewish heritage.

Executive producer David Shadrack Smith said that the producing team sought out individuals “living out their beliefs in such personal and moving ways that were authentic to their own understanding and spiritual practice.”

“Finding individuals whose stories were unique, powerful, and who could articulate the elusive intangibles of belief was a constant challenge. We relied on local producers, lots of research, personal connections and sometimes just plain luck to find people,” Smith said.

“It took us a few days to decide if we wanted to be on the show, since we would be opening up to the world during a very vulnerable time in our lives,” Rena Udkoff tells lubavitch.com three years later and now the proud mom of an 8-month-old. “But we discussed it and decided that sharing our wedding day and teaching others about our community’s spiritual traditions, would only enhance our experience.”

“Plus, it would also make a great story to tell our kids,” notes her husband Yermi. “Our wedding was on national television!”

The episode documented Rena and Yermi in the days leading up to their wedding over two years ago and explored the Jewish idea that every person is born with one half of a soul, and through marriage, two souls can reunite with each other and become whole.

Cameras followed the couple throughout their wedding day, highlighting the prayers and seriousness leading up to the moving Chuppah ceremony followed by the exuberant celebration of joyous dancing that has become the hallmark of a Chasidic wedding.

The episode garnered widespread praise for its inspiring message about love with a higher purpose and marriage based on shared values.

“Since it’s aired, we have heard incredible feedback from friends and strangers alike,” says Rena. “It drew such a positive response and people even started quoting us on twitter!”

The episode sparked engaging dialogue both online and off on the subject of soulmates. Looking back, Rena and Yermi say that the experience has benefitted them as well as viewers.

“Throughout the filming, the production crew kept asking me about the meaning of each ritual and I was compelled to dig deeper and discover a new appreciation for our beautiful traditions,” making for an even more meaningful marriage ceremony, says Yermi.

Smith has high expectations for how the series will reward viewers. “Our hope is that there’s not only more understanding of diverse beliefs, but also those who watch the series might find themselves feeling a deeper, richer connection to their own faith tradition, whatever that might be.“

*Lubavitch International is the Chabad-Lubavitch global network newspaper. To subscribe, please send a request to info@lubavitch.com.