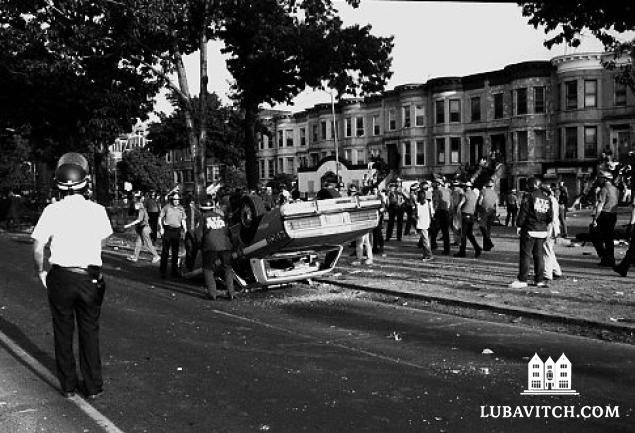 All News
By Rabbi Avraham Lapine

From the Field: Chabad Campus Leader on Healing Racial Diversity

Our campus community is undergoing a much-needed period of healing. Racial protests, discriminatory bias and a toxic atmosphere of disunity have torn apart the fraternity of our school, threatening the core values upon which the University of Missouri were founded.

As a Mizzou religious leader, I counsel students who turn to me for guidance. They seek advice about how to repair past damage and look for direction to forge a healthier and more tolerant path forward. There is no one correct stance, one sure approach, yet I feel that my life experiences — both as a religious representative as well as a personal victim of racial violence — have provided me with invaluable insight into repairing a fractured society.

I grew up in the Crown Heights of the ’90s, an ethnically diverse Brooklyn neighborhood that, during the beginning of that decade, experienced unprecedented levels of racial tension. The 1991 riots are etched into my childhood memories, my upbringing being wrought with feelings of agitation and unrest. It was only months later, on Feb. 6, 1992, that, as a 5-year-old returning home from elementary school, I was informed of the murder of my mother by a black man in an act of cruel hatred and bitter violence.

How was I to move forward, to maintain my inborn respect for all of mankind, after experiencing firsthand the human cruelty that had torn my innocent life apart?

The following is my take on the matter, and the insight I have gained from my own life experiences.

The issues facing our community are reflective of a failing in modern society at large: the inability to treat another who is of a different background, race, religion or opinion with an equal degree of respect. Contemporary sociology has turned our perspective of humanity into a rigid caste structure, where an individual’s positioning in the societal hierarchy is determined by a variety of factors, the majority of which are beyond the control or choice of the individual they are used to classify.

A dramatic perspective shift is necessary to counter such ingrained divides.

The biblical reasoning against harming one’s fellow man — whether physically, emotionally or psychologically — is given as, “For in the image of God, He made man.”

Man’s value is not, as modern society is so wont to purport, a product of social status; nor is man’s value a product of upbringing, religion or skin color; man’s value is a result of his being created in the image of God, the knowledge of which suffuses his being with an inherent sense of worthiness and respect. The stronger we identify with this godly portrayal of human import, the greater our appreciation and tolerance for others will become, even for those whom, externally, we might appear to differ.

These values that have defined my outlook on humanity were communicated to me by my own mentor and teacher, the Rebbe, Rabbi Menachem M. Schneerson, whose passing was commemorated this year on July 9. The Rebbe’s entire being embodied the values prescribed by the Torah, his life being wholly dedicated to promoting a greater awareness of God, love and respect for a fellow, and to building a better world.

The Rebbe, too, had firsthand experience of the extent of human depravity, losing his brother to the Nazis and his father to Soviet persecution. Notwithstanding the brutality he was personally dealt, the Rebbe remained resolute in his conviction regarding the innate nature of man — namely, that it was the image of God, in all of its purity, that defined the core of human existence.

The Rebbe did not hide his optimistic perspective, and he used every opportunity to impress his view upon others. In an encounter with David Dinkins, New York City’s first black mayor, the Rebbe expressed his hopeful dream that “in the near future, the ‘melting pot’ will be so active that it will not be necessary to underline every time,” when speaking of others, “ ‘They are Black’, ‘They are White’, ‘They are Hispanic’, because they are no different. All of them are created by the same God and created for the same purpose: to add to all good things around them.”

After the 1991 riots — which were instigated by a tragic motor accident resulting in the death of a young black boy and led to the horrific murder of a Jewish student by a mob of young black men — the Rebbe expressed his hope to Mayor Dinkins that the mayor would be able to bring peace to the city. The mayor added, “to both sides,” which the Rebbe corrected, explaining, “We are not two sides; we are one side. We are one people living in one city under one administration and under one God. May God protect the police and all the people of the city.”

In the face of the tragic murder of one of his students and followers, the Rebbe’s response was not finger-pointing and culture-blaming; his response was a call to unite, to highlight our similarities over our differences and to draw upon our shared mission in bringing otherwise disparate communities together.

It was the optimistic vision of the Rebbe that charted the course of my youth and fortified me with the necessary strength to overcome my tragic loss. It would become my mission, I decided, to promote a universal message of peace, tolerance and mutual respect, values that would serve as the greatest legacy to my mother’s blessed memory.

It is this perspective that inspires my work as a religious leader at Mizzou. I strive to share this message of a collective responsibility, shared by all of mankind, toward building a better world — regardless of one’s upbringing, religion or race. Our motto of “In God we trust” is not a replacement of “E Pluribus Unum.” It is its justification and rationale. “From many” can come “one” when society will appreciate that we are all, in truth, “one nation under one God.”

Rabbi Avraham Lapine is the director of Chabad of MU and Mid-Missouri. Chabad at MU is one of 255 Chabad on Campus centers and acts as a home away from home, providing educational, social, spiritual and holiday programming for Jewish students attending the University of Missouri.

Reprinted from the Columbia Daily Tribune