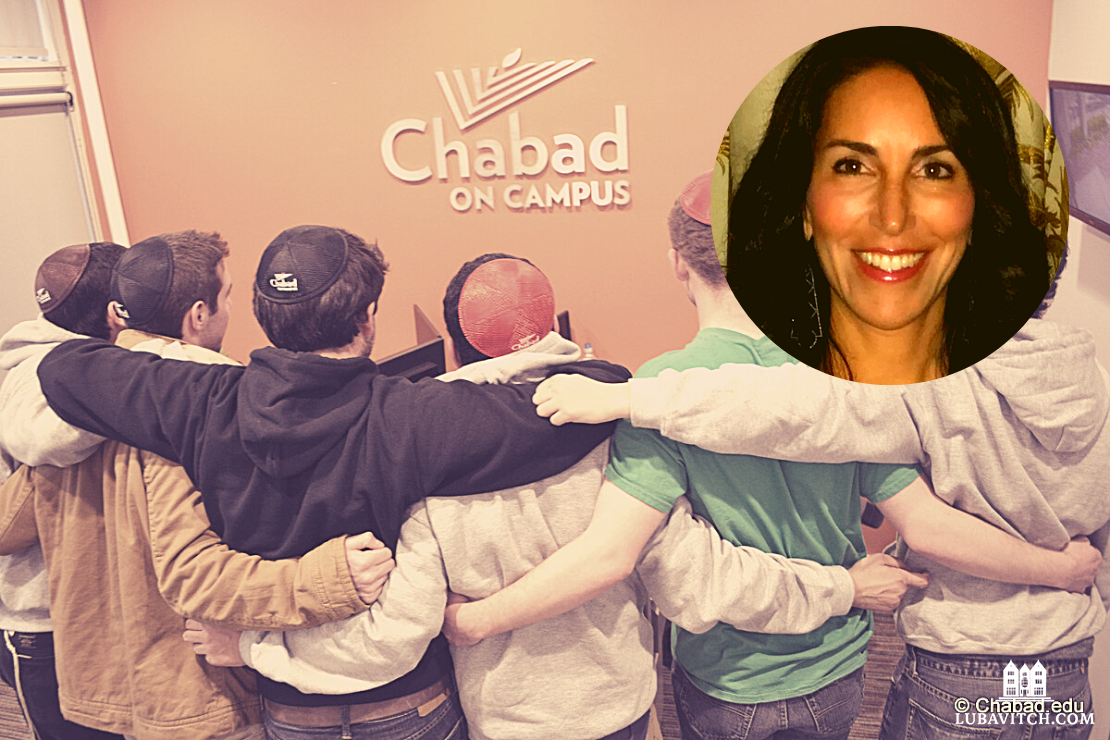 On Board With COCI

Rebecca Sugar serves on the Boards of Chabad on Campus International, the Gatestone Institute, and Shavei Israel. She helped found the Jewish Parents’ Forum at The Tikvah Fund. She earned her B.A. from the University of Pennsylvania, and an M.A. in Jewish History from the Jewish Theological Seminary.

Rebecca founded and ran The Alumni Community, a New York based post-Birthright Israel educational program which operated for twelve years. She spent a year at Mosaic United as Director of Strategic Partnerships before becoming Vice President of the JMT Charitable Foundation. Currently Rebecca works as a philanthropic consultant and publishes opinion pieces in publications such as The Wall Street Journal, USA Today, and other outlets.

Rebecca is married and has twins who attend The Ramaz School.

Lubavitch International Magazine: You’ve been involved most of your adult life in the nonprofit world, and today you sit on many boards. What motivated you to join the Chabad on Campus board?

RS: Although Chabad has always been part of my life, putting my name on another board was not something I wanted to do. But I went to a presentation on the Hertog study of Chabad on Campus, and the data really struck me as profound and important, and not widely known. There was hard data that told the story of the lasting impact — beyond the college years — that Chabad on campus was making. But most funders were not exposed to this.

I wanted to create an environment so that the communal Jewish world would see Chabad for the powerhouse that it is, in terms of its impact. I wanted big funders to look at Chabad with the seriousness it deserves. So this was a different kind of opportunity. Here there was internal work to do, something to contribute. That’s exciting, so I agreed to join the board.

What are the barriers that may cause some funders to overlook or even avoid Chabad?

There are institutional people who view Chabad as sweet and heimish. Some find the whole aesthetic negative and scary. They need to see that the organization has the right governance and fundraising and accounting. So there’s also an image correction deficit that we have to overcome.

Do you see a new receptivity to Chabad by the younger generation and if so, to what do you attribute it?

I ran a post-Birthright educational program for young professionals, and it was uncommon to find a Birthright alum who hadn’t had some engagement with a Chabad rabbi or rebbetzin along their journey that led to a sustained relationship. I found that to be much more common than I expected.

I’m also seeing people who never had a Jewish experience bringing their kids to the community. You’d think that they would feel Chabad is foreign, but there’s a whole generation of young people who didn’t inherit the prejudices of the old generation. They appreciate that the shluchim wear their Judaism proudly — they don’t apologize for their appearance, but they accept you as you are and they don’t proselytize. It’s an authentic model and everyone responds to authenticity.

A lot of other kinds of Jewish engagement try to make it pleasant for everyone, and it feels manufactured. It doesn’t work because it doesn’t ring true.

You are a passionate advocate for Chabad. Clearly, you have a personal stake in the success of the shluchim.

I have two fourteen-year-old kids who will be going to campuses soon, and like other Jewish parents, I’m very worried about what their Jewish experiences will be. So my work with Chabad is a personal investment in the kind of environment they will meet when they get there. It is not something that happens on its own. It’s curated by people, and it seems to me that Chabad shluchim are the best people doing this.

We are woefully underfunded — relative to what we are producing. Other organizations are much better funded. I want the big funders to see the power of this organization and what Chabad could do if its funding matched its potential.

Besides metrics, what do you think distinguishes Chabad in the eyes of donors?

There’s a lot to be said for the core commitment of shluchim. This is not some three-year stint. It’s not a job. It’s a calling and the shluchim believe in this in their souls. So from an investment point of view, the leverage on this is tremendous. You don’t feel these are people being paid to tell you about Judaism. They love it and they are sharing it with you. It’s a model being emulated by others because they recognize that it works.

Organizationally, Chabad on Campus now presents on par with the best of any Jewish organization when appealing for funding. Doors of big foundations that were previously not open to us are now opening, and individual donors are looking at us differently.

There’s huge growth potential. There’s a shift happening. So this is a moment, and I want to be part of this initiative.