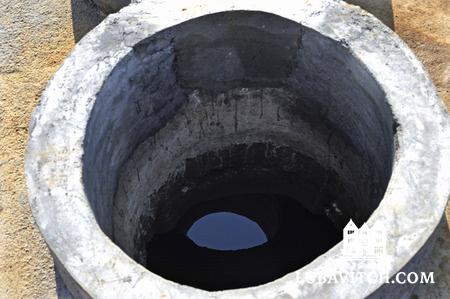 “And Isaac dug again the wells of water which they had dug in the days of Abraham his father.” Bereishit 25:18

Coming on the heels of the International Conference of Chabad Shluchim where thousands of Chasidic rabbis in the vanguard of creative Jewish activism and leadership convened evoking the question “what’s their secret,” this week’s Torah portion, Parshat Toldot, is particularly apropos.

For in it we read of how Isaac engaged in the laborious work of digging up the wells that his father Abraham had dug and that the Philistines later stopped up.

The task before Isaac could hardly inspire enthusiasm: all the creative and groundbreaking work, it seemed, had already been accomplished by his father. Abraham had uncovered the water source, established the wells and named them. Isaac would thus bring nothing new to the enterprise.

And yet Isaac dedicated himself to this mission, working diligently to restore the wells so that they once again gave water. Then he formally renamed them—not with new names but with those that his father had given them a generation prior. Only after that work was completed, the Torah tells us, did Isaac in fact go on to dig new wells.

As with all the stories in the Torah, read metaphorically, this one too has trenchant relevance to us today—the age of the individual when young people enjoy a level of autonomy, independence and agency such as never before. And with all that, they are taught to answer to the call of creative self-expression above all else.

This is a mistake and it is unfair to young people who have yet to find their footing, for the new and the creative grow best not out of thin air but out of old sod. Yet within some segments of the Jewish community, the emphasis on the new to the exclusion, even the dismissal of the old as “frozen Judaism” is a travesty that has been wreaking havoc and disintegration, instead of growth and sustainability.

The new is of course always more glamorous, but unless it is springs from what came before it in some way, it cannot endure. And as proven over the decades by the countless individuals and thousands of communities that have found new life in their introduction to the traditions of Torah Judaism, this is not only the best way forward, but it is a necessary foundation if there is to be any meaningful creativity. This is the challenge of the instruction we read in the Shema twice daily:

“And these are the words which I command you today . . .” “Today,” say our sages, to imply that you should relate to the commandments as if they were newly given to us today.

It is a challenge that Chabad representatives take very, very seriously, for they know that if they hope to nurture a young generation that will go forward with viable creativity, they must do as Isaac did, and enthusiastically search and dig deep within to uncover a newness that will succeed and endure.

Here then, is the “secret” everyone whispers and wonders about: it lay inside the old wells of Torah and Chasidut. Digging them up day after day, year after year, by the sweat of their brow, the shluchim have uncovered and continue to draw strength and wisdom empowering them with a yiddishkeit of rarefied vitality that others dream of emulating.

The secret is out. Thankfully, the Rebbe and his shluchim have done the hardest part of the work, opening up our sources of sustenance and making them available to everyone. The invitation is an open one, offered by shluchim round the world: before you go looking far afield and end up far astray, come and draw from these wellsprings, for they are yours, and their yield is infinite.