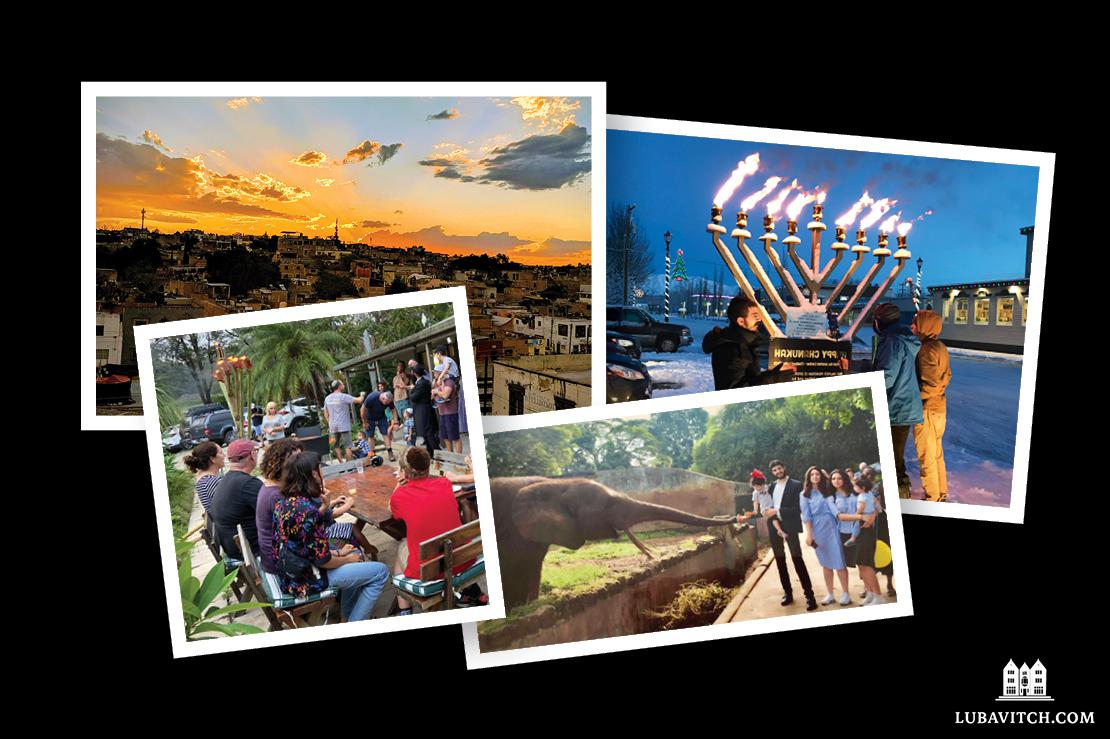 It isn’t the Mexico of your mind’s eye. No sandy beaches, no spring break revelers. You don’t even need Spanish to get around here. San Miguel de Allende, a landlocked town three and a half hours north of Mexico City, may not be your typical Mexican destination. But for thousands of American and Canadian expats, its cobblestoned streets and historic architecture are home. And if they’re there, it stands to reason, Chabad is as well.

For two days in 2018, Rabbi Daniel and Raizel Huebner walked up and down the streets of this old town tucked away in the mountains. After meeting two dozen Jews in forty-eight hours, the young couple decided to set up shop. It’s almost three years later and Raizel still can’t believe her good fortune.

“People say that if you can’t make it to Europe, go to San Miguel,” says Raizel. “We wake up to hot air balloons floating over our home; every third house is covered in vines and flowers. It’s not uncommon for me to look around and think, “this is so gorgeous, so surreal, do I really live here?”

Though the Huebners didn’t come here for the vistas, thousands of retirees do relocate for the vibrant arts scene and slower pace of living. During its peak winter season, an estimated 3,000 Jews call San Miguel home. The Huebners offer regular classes, Shabbat services and meals, and holiday programming. They’ve also hosted art shows, musical evenings, and a glass-fusing mezuzah workshop. Their clientele is an intellectual bunch, eager to explore Chasidic thought and Talmud. “I will often have someone come for a class who feels like they know everything about Judaism,” says Rabbi Huebner. “We start studying, and they’re surprised to see there’s more to it than what they learned in Hebrew school 70 years ago.”

Until recently, Raizel taught popular women’s classes in her shady courtyard. But with schools shuttered since last March, she pivoted to the younger set, opening a small preschool in her home. Her own children (ages five, four, three and one) learn about Jewish life and the alef-bet alongside their peers in a colorful classroom with pint-sized furniture and a mini teepee. The kids (and their parents) are thrilled. The ladies, disappointed. To better serve all segments of the population, the Huebners hope to hire two assistants for the coming year.

In late April, Raizel opened her front door to find an oversized box of maror. It was ordered before Purim, two months prior, its rotted contents arriving a month after the Passover Seder. Raizel sighs, then laughs. The late delivery is typical of life in this secluded corner of paradise and emblematic of one of Raizel’s greatest challenges: the sheer distance that separates her from family and friends. “San Miguel is really far from everywhere,” says Raizel. “It can be hard living in the middle of nowhere. But we love it here.”