Of Boy Scouts, Rabbis, and Mikvehs

An Eagle Scout leads the way in Rochester’s Jewish community 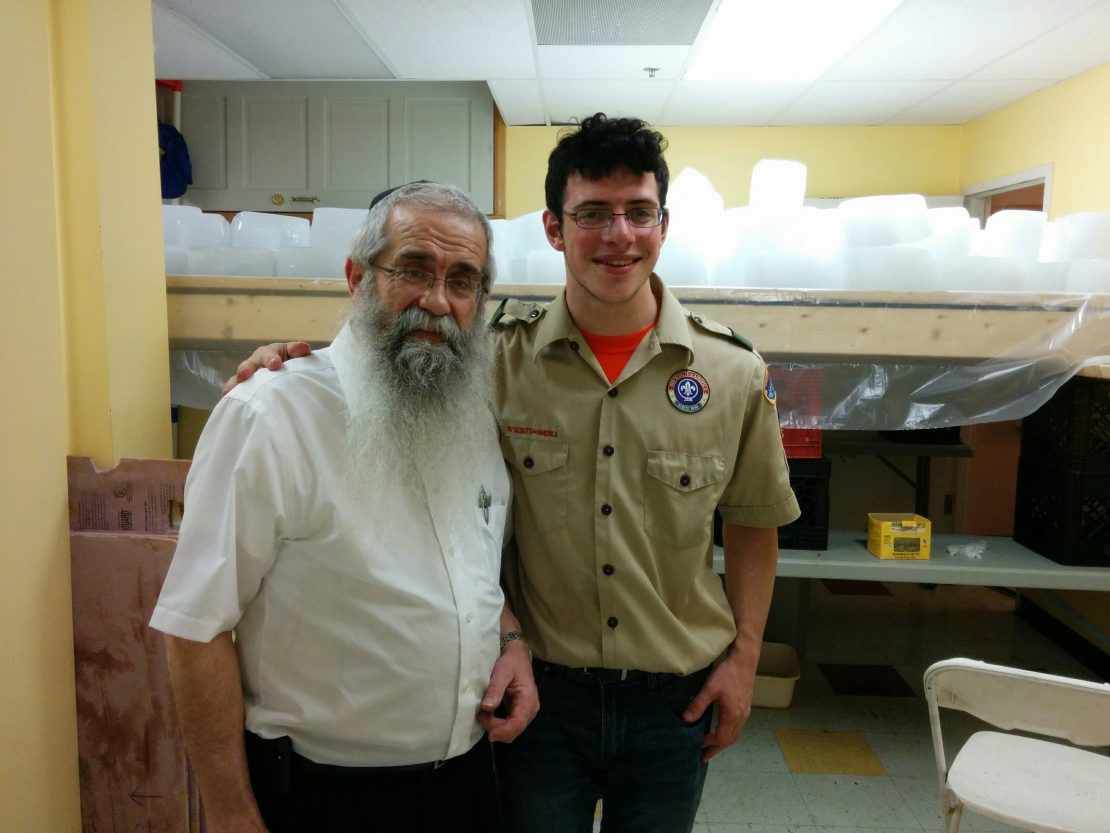 It had been nine years, and the 17-year old was more than ready to advance to the highest achievement in the Boy Scouts hierarchy, that of the Eagle Scout. At just 8 years old, Benjy had enrolled in the program as a Cub, and now, he was ready to take the next great step in his Boy Scouts journey.

To become an Eagle Scout, Benjy was required to undertake, lead, and manage a project that would benefit a school, religious institution, or community.

This presented a quandary for the young scout. After all, what could one 17-year-old do to benefit an entire community or institution?

During the course of a conversation with Rabbi Dovid Mochkin, who is the program director at the Kessler Family Chabad Center in Rochester along with his wife Chany, Benjy learned that the center lacked a mikveh in which to purify dishes and utensils.

According to Jewish law, dishes and utensils must be toiveled, immersed in a ritual pool, before their first use. In Rochester, however, dipping utensils was a constant challenge—people had to use the women’s mikveh, which involved complicated coordination, few midday hours of availability, and having to work around the mikveh attendant’s schedule. Alternatively, they could drive over an hour away to use a mikveh in the next town over, or make use of the local lake—neither of which option was terribly appealing. Needless to say, purifying utensils in this community was no easy task.

“There has always been talk about making a mikveh for utensils,” Rabbi Mochkin notes.

It was Benjy who got the ball rolling. Renovating the men’s mikveh to accommodate dishes, he reasoned, was exactly the task to help him earn his Eagle Scout—and he’d be doing a great service to the community at the same time.

Benjy threw himself into the project. Together, he and Rabbi Mochkin contacted Rabbi Gershon Grossbaum, a mikveh expert from Minnesota, and after three weeks of planning, organizing, and raising the necessary funds, they were ready to get started.

“I had no idea that the halachot of mikveh were so complex, or how many laws were involved,” Benjy laughs. “I’m happy we had help from Rabbi Grossbaum, who is an expert, so we know that this project was done correctly.”

After some explanations from Rabbi Grossbaum, Benjy, fellow scouts from his troop, the Rabbis, and community members rolled up their sleeves and set to work.

The first step, Benjy explains, was to empty out the tap water that was already there (while tap water is acceptable for a men’s mikveh, it does not suffice for utensils). Next, they had to create a means for fresh rainwater to enter the mikveh, a labor- and time-intensive job that involved building a platform over the pool, placing 2,000 pounds of ice blocks on top of it, and waiting patiently for the water to flow into the mikveh as the ice melted.

“It was a pleasure working with the Boy Scouts—they are an energetic group,” observes Rabbi Grossbaum. Building a mikveh was mostly a new concept to the Boy Scouts, he adds, “and they definitely did it in a Boy Scout-like fashion; when problems arose, they were ready to stand up to the challenge and see the project through. They just made it happen.”

The renovations were completed right before Passover, giving Rochester residents a chance to dip their dishes in time for the holiday.

“Many more people actually use the mikveh than I ever imagined,” Benjy notes. “People are very thankful, and I’m really happy we did the project.”

The new mikveh has been a big help to community member Jon Dahari, who says it is “a real pleasure.”

“Before this mikveh was built, there was no convenient utensils mikveh for the Rochester Jewish community. Now, we have one available at all times.”

The project was dedicated to the memory of Gavi Springut, who was himself an Eagle Scout as well as a good friend of Benjy’s. Gavi “embodied the qualities of ahavat chesed, kindness and grace towards others,” Benjy reminisces. “I hope that having this mikveh dedicated in his honor will encourage the people of Rochester to practice these values.”

To learn more about Chabad of Rochester, visit www.chabadrochester.com.