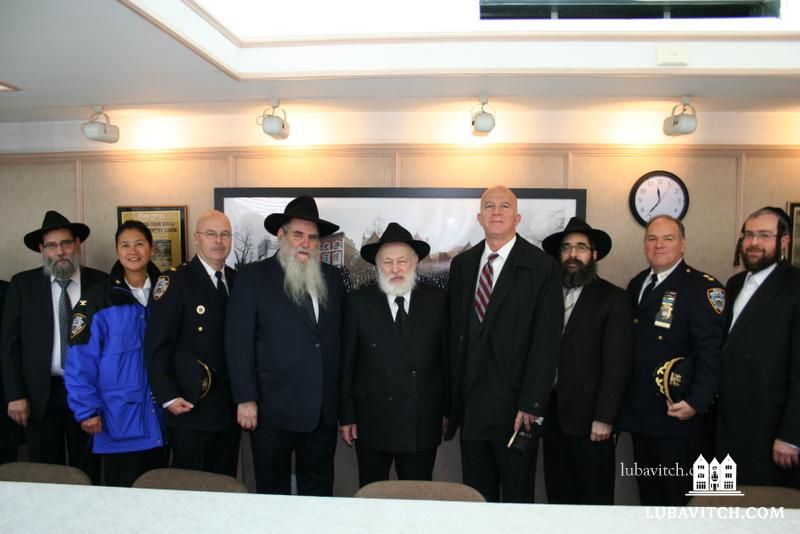 All News
Go to Photo Gallery
By Staff Writer

Chief O’Neill was emphatic about NYPD’s strong commitment to secure 770 and other Jewish sites throughout the city, assuring the group that police will reinforce and increase security efforts that are already in place.

The meeting reflected the close relationship that exists between Chabad leadership and law enforcement on all security matters. Rabbis Krinsky and Kotlarsky commended the NYPD for their ongoing support and swift response on Monday night. Their actions, said the rabbis gratefully, prevented potentially far worse consequences.