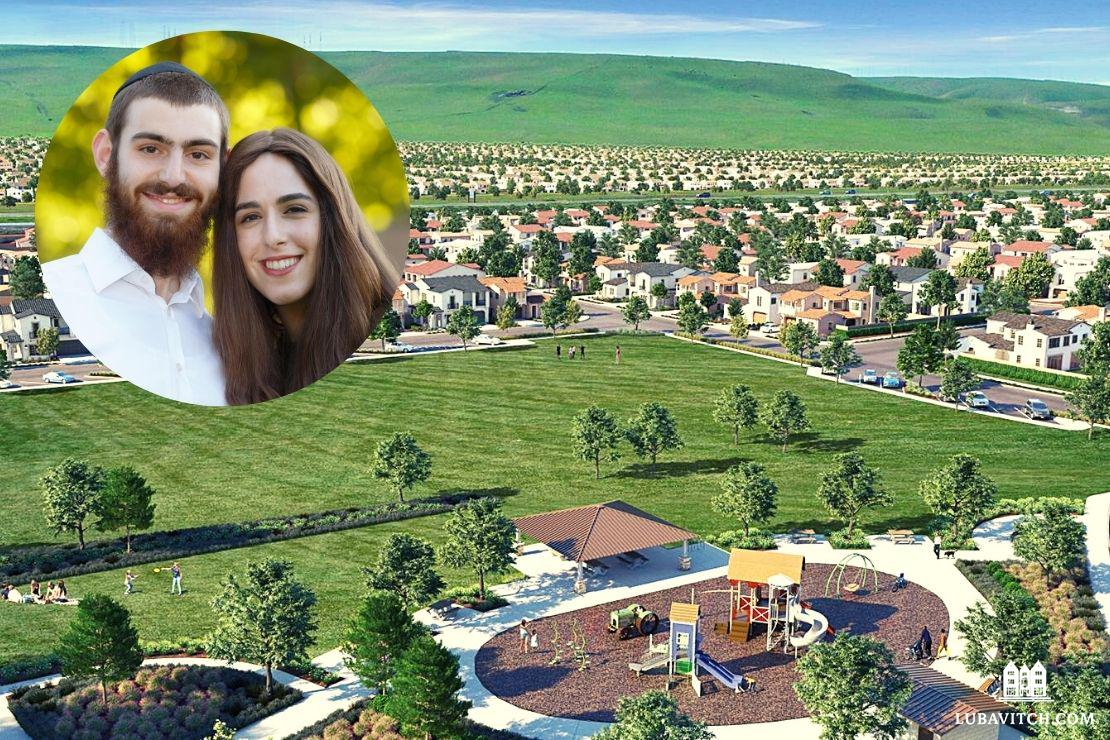 As many people transferred to a work-from-home model during the last year due to COVID restrictions, many, especially those with young children, began to look for homes outside the big cities. The city of Tracy, a little more than an hour east of San Francisco is a beneficiary of that population migration, and Rabbi Levi and Faigy Meijers are making plans to establish a Jewish community for the city’s growing number of Jewish families.

They began with a list of three contacts a few months ago, one from each of the closest shluchim, who had been contacted by Jews looking for various Jewish amenities over the years. On Chanukah they distributed Chanukah-to-go packages and held a Zoom party attended by twenty families. “We contacted the original three people and each of them knew more people, who in turn put us in touch with other Jewish families,” Rabbi Levi says. “And this is how we will build a community.”

The couple will move to Tracy in the spring, and have plans to open a Sunday Hebrew School at the beginning of the upcoming academic year.