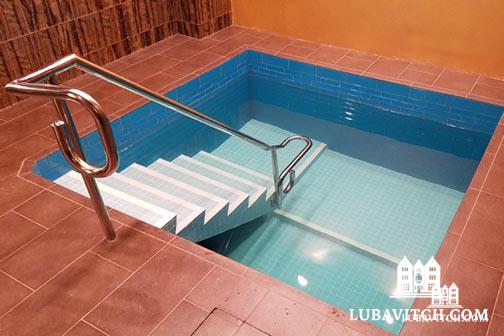 At the bar mitzvah of Shmuel Dovid Raichik, son of the Chabad reps in Gaithersburg, Maryland, congregant Marian Merewitz impulsively stood up and called upon the community to begin funding and building a mikvah in the city. The bar mitzvah boy’s legendary grandfather and namesake, she explained, had spent his life facilitating the building of mikvahs and encouraging couples to observe the practice. “In honor of Shmuel Dovid and his grandfather, Rabbi Shmuel Dovid Raichik, let’s build our own community mikvah,” Marian said.

Eight years and many more donations later, the mikvah is now complete. At an event before Mother’s Day called “Mindfulness and Mikvah”, ninety women met to celebrate the opening of the Be’er Rachel Mikvah with a mix of yoga, meditation, song and dance. “The crowd was mix of those who had background knowledge of the mikvah and others who were really just curious,” says Barbara Friedlander, one of the four event organizers.

Until now, locals used a mikvah twenty minutes away in Potomac. “But our community is growing,” Barbara says, “and the need for a mikvah keeps growing with it.” The inconvenience was a deterrence for some women. Now that there’s a local beautiful mikvah especially for their community, “women who were otherwise uninterested or unaffiliated are eager to give it a try,” Chana says. “It’s no longer an absolute ‘no.’” It also allows women to immerse on Friday nights when driving is forbidden.

Chana Raichik affixes a mezuzah to the mikvah’s front door

The mikvah’s physical structure is beautifully designed, Barbara says, and “gives you a real sense of calmness and peace.” Chana Raichik director of Chabad of Gaithersburg, says it’s uniting women from all backgrounds and synagogue affiliations. And it’s created a buzz around town. “People whom I’ve never met are calling asking if they can learn more about the mikvah. Everyone’s been very supportive.”

“The building of the mikvah and the awareness that has been raised is really Chana’s vision,” Barbara says. “When she puts her mind to something, there’s no stopping her.” Chana, in turn, credits her father-in-law, the original Rabbi Shmuel Dovid Raichik, for encouraging her to spread awareness of the mitzvah of mikvah. “When we arrived to town, I was a young 24-year-old, newly married myself. The topic of mikvah was sort of taboo back then and I was uncomfortable bringing it up. He really inspired me to put my bashfulness aside and teach women about this fundamental mitzvah.”

She’s surprised to see how many young women now take to the idea. “It’s so important, a cornerstone of Judaism, and I am happy that it’s become something fashionable.” 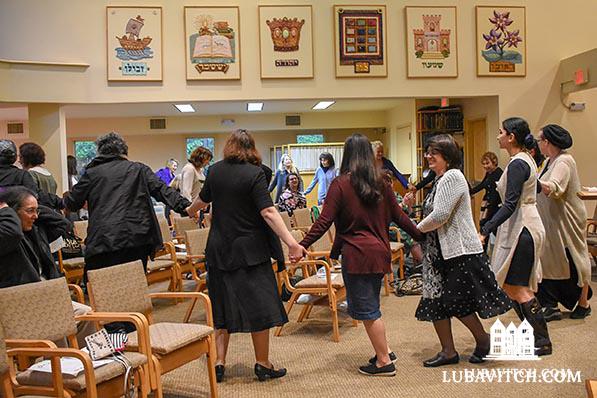