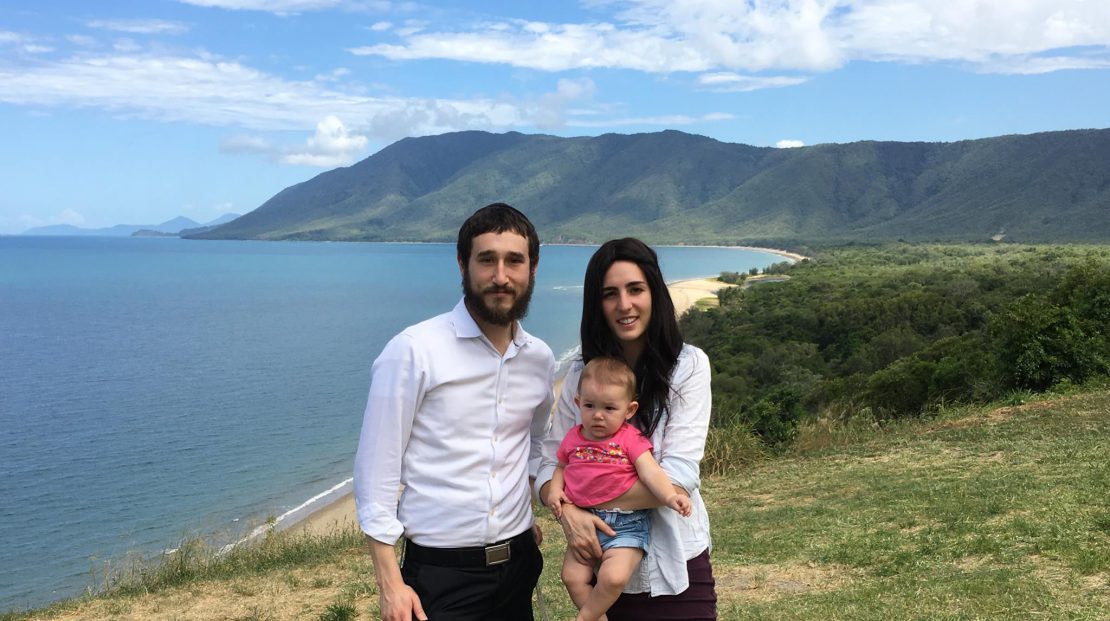 All News
By Etti Krinsky , Australia

Travelers to the Australian coast this spring will have a new item to add their itinerary. Opening in time for Purim is a Chabad House serving the Great Barrier Reef and its neighboring towns.

Rabbi Ari and Mushkie Rubin have introduced themselves to Jews living in two of the largest cities in Queensland. By most standards, Cairns and Townsville are small nonetheless, with a population of 313,948 altogether.

The two cities are a four and a half hour drive distance, or an hour-long flight, and the Rubins will be traveling between the two regularly.

They’ll celebrate Purim with Cairns Jewish community before packing up the car and traveling to Townsville in time for another one. It is just the beginning of many such commutes.

As well, tourists and residents of remote towns along the coast can look forward to seeing the Rubins and participating in their activities.

The young couple will be joining Rabbi Yossi and Malka Rodal as a part of the RaRa (Rural and Regional Australia) team. They will be the first to open a permanent Chabad House in a city on this vast and majestic coastline.