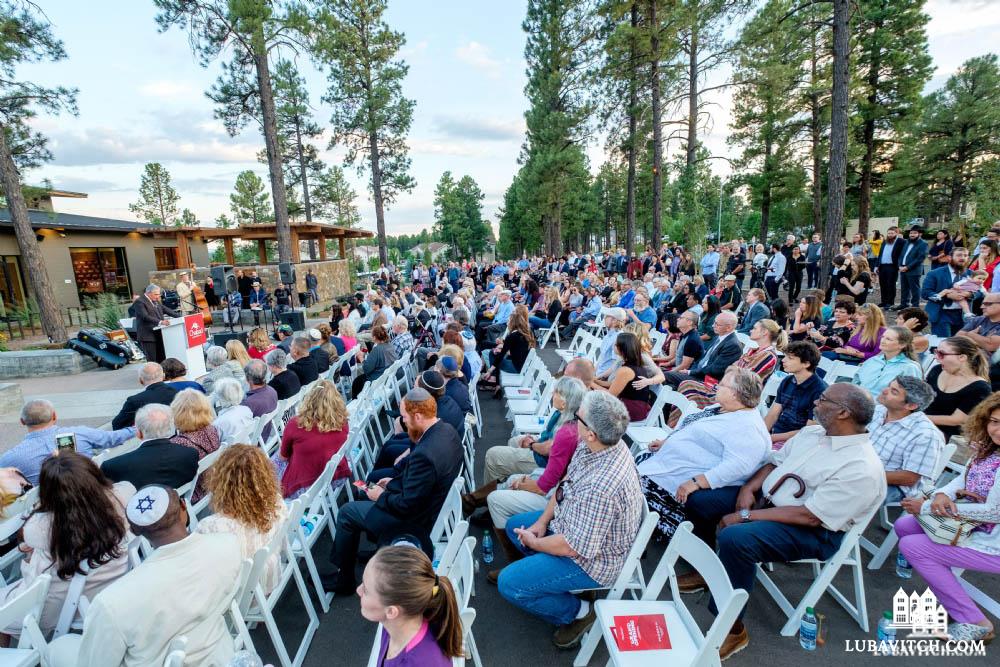 Flagstaff, AZ – Dr. Merrill and Rhoda Abeshaus were among Northern Arizona’s pioneers of Jewish life back in the 1970s. When in 2006, they heard that Rabbi Dovie and Chaya Shapiro wanted to open Chabad of Flagstaff, they were skeptical. The Flagstaff Jewish community was too small, too uninvolved, they felt. But after taking into account the growing Jewish student enrollment at Northern Arizona University (NAU) and the city’s popularity among tourists, the Abeshauses changed their minds. They encouraged the Shapiros to come, and soon became their major supporters. 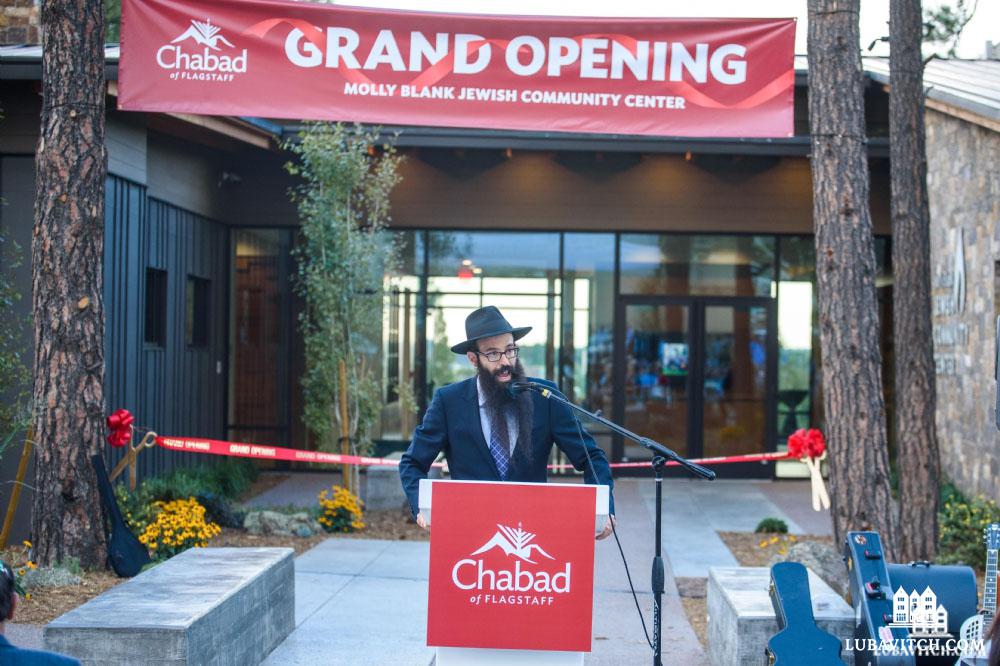 Thirteen years later, the Abeshaus family joined a crowd of hundreds who gathered on September 5 to celebrate the grand opening of Chabad of Flagstaff’s magnificent new home, the Molly Blank Jewish Community Center. Located atop a hill, the center overlooks the city and the university. The impressive 12,500-square-foot complex houses a synagogue, meditation terrace, sukkah plaza, library, offices, mikvah, classrooms, and guest suites. The Merrill and Rhoda Abeshaus Social Hall and adjacent gourmet kosher kitchen will offer the ideal venue for bar- and bat-mitzvahs, weddings, and other lifecycle events. 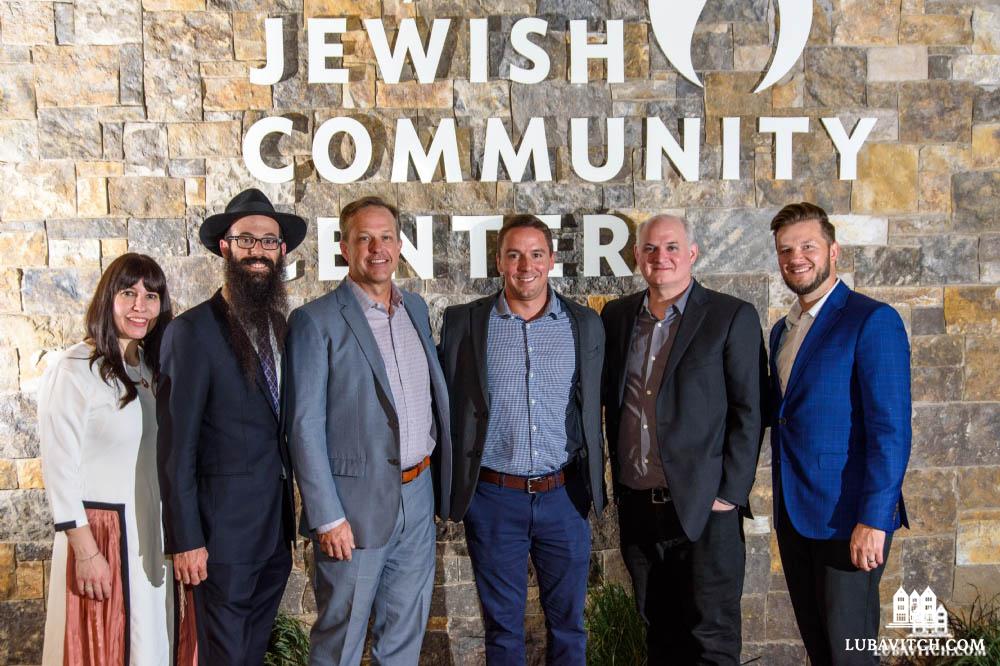 The Center is named in memory of Molly Blank, who passed away at the age of 99 in 2015. She was the mother of Michael Blank of Paradise Valley and Flagstaff, and Arthur Blank, co-founder of the Home Depot and owner of the Atlanta Falcons.

“Our mother’s goal in life was to make a difference — a lasting difference,” said Michael. In this spirit, Michael and his wife Carmen, active members of Chabad’s advisory board, initiated a matching campaign through the Molly Blank Fund to help secure the funds and momentum needed to bring the $7 million Chabad of Flagstaff project to fruition. The Molly Blank Fund donated more than $3 million towards the project, and hundreds of donors participated in the building campaign. 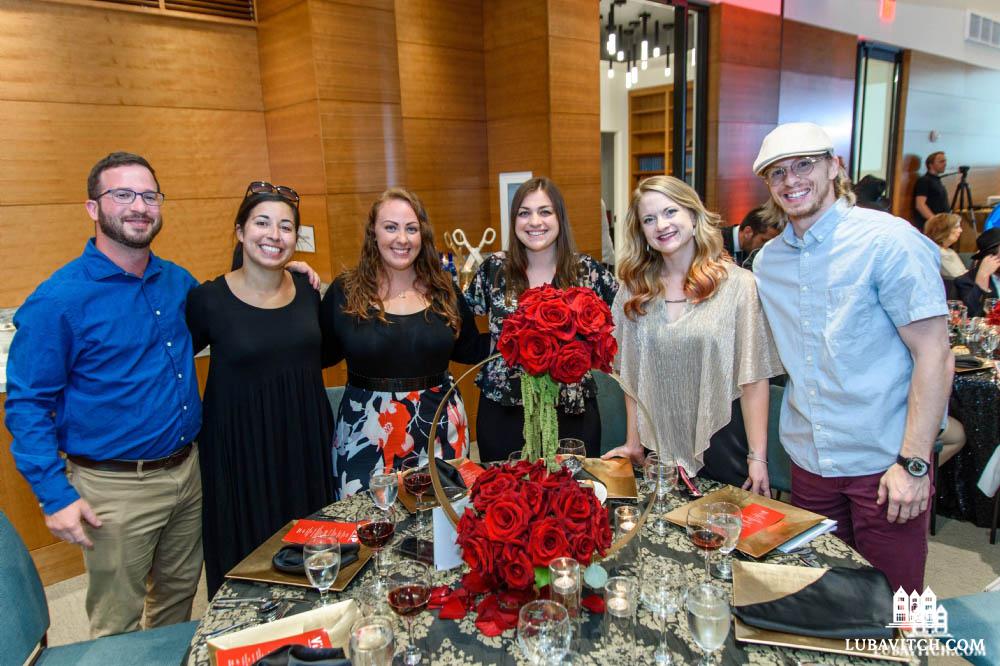 While operating Chabad of Flagstaff first out of their living room and then out of a rented storefront, the Shapiros long dreamed of a center that could accommodate their myriad activities, which ranged from Shabbat and holiday services and dinners to Hebrew school, adult education, an adventure camp, and more.

The first crucial step in achieving their dream came thanks to George and Pamela Rohr, who saw the potential for major growth of Jewish life at NAU and in Flagstaff, and funded the purchase of a 2.2 acre property in 2010. The groundbreaking took place in 2017, and two years later, “thanks to many miracles,” according to Rabbi Shapiro, the center opened.

The city of Flagstaff, which sees more than five million visitors annually, is situated at high elevation among tall ponderosa pines at the gateway to majestic natural wonders including the Grand Canyon. Preservation of nature and respect for the environment are important to its citizens. 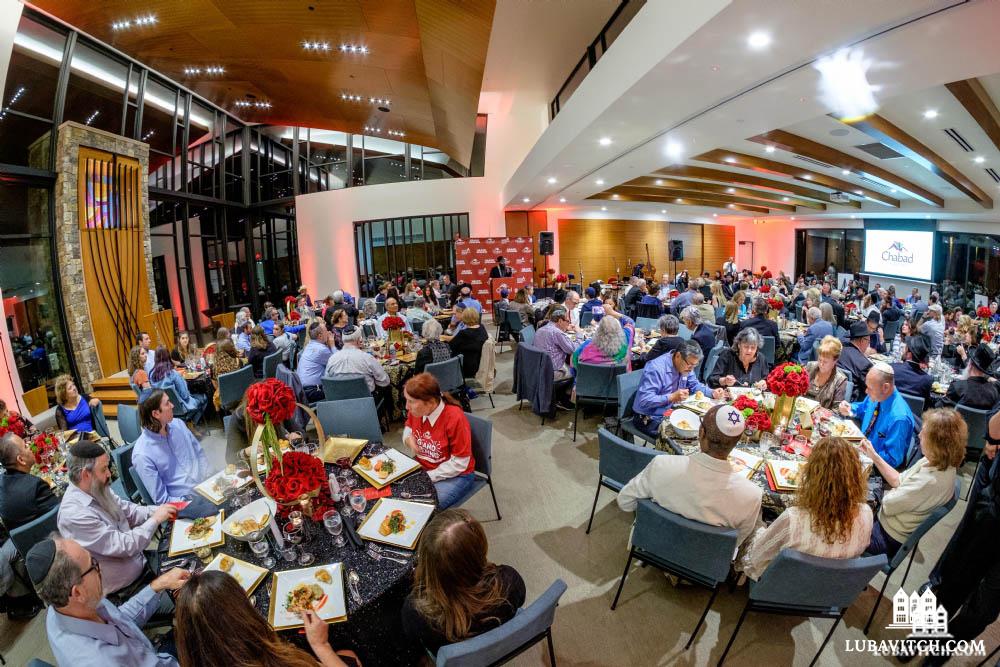 In keeping with these ethos, the Molly Blank Jewish Community Center was designed by acclaimed architect Jim Shelton to incorporate many outdoor spaces and an interior flooded with natural light. Shelton’s work is complemented by the subtle colors and textures provided by award-winning interior designer Mary Bledsoe of Gensler in Austin, who embraced the local sensitivities and aesthetics. The center met the requirements for the Coconino County Sustainable Building Program and is officially certified as a sustainable building.

“The building itself is magnificent,” Arthur said to the Arizona Daily Sun. “It becomes truly magnificent when people come here to learn, to get connected to each other — emotionally, spiritually, and regardless of what religion they may be — and learn what service means to others and how important that is in life.”

Saying No to Hate in Flagstaff

The opening of the center is particularly poignant in the aftermath of the hatred-fueled vandalism it suffered in late March. When the construction site was defaced with swastikas and equipment damaged and stolen, the greater Flagstaff community quickly rallied to demonstrate their support and friendship, covering the fence around the site with silver hearts and encouraging messages. 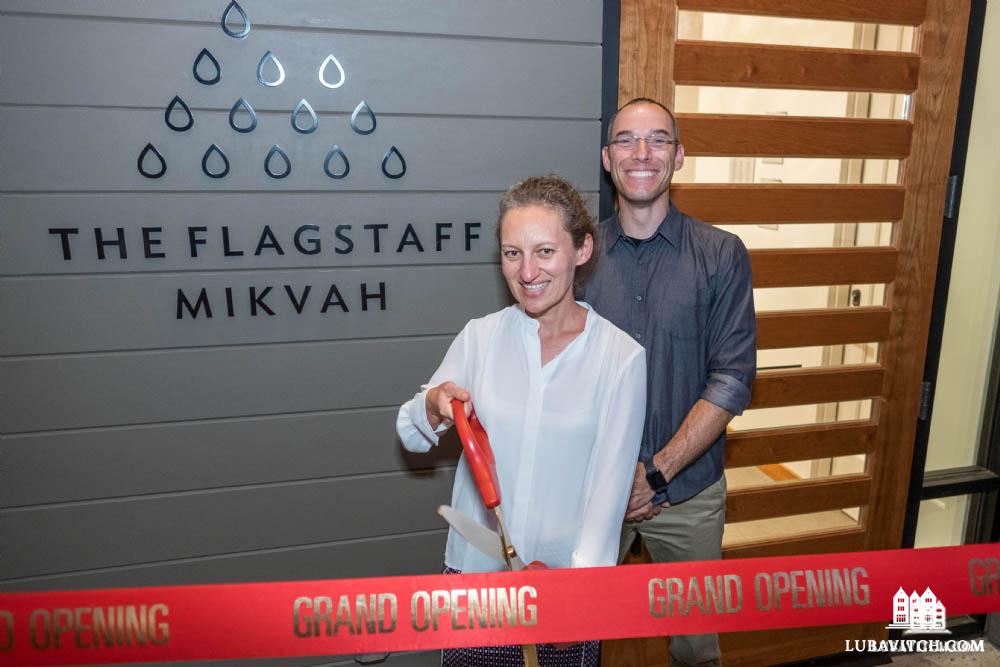 There may be a dusting of snow on the tall trees of Flagstaff as people gather for the first Rosh Hashanah services in Chabad’s brand new center, the Molly Blank Jewish Community Center, but inside, hearts will be melting, thanks to the warm atmosphere and beautiful new surroundings.

“Flagstaff reminds me of the city of Lubavitch, a city of true love and respect for diversity,” Rabbi Shapiro said. “We are blessed to be part of such a welcoming and special community.”