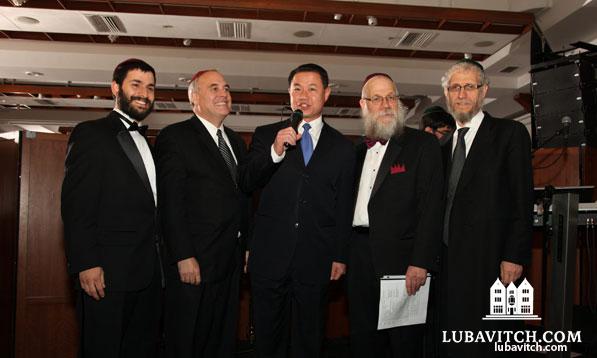 One of the first initiatives spearheaded by the Previous Lubavitcher Rebbe, Rabbi Yosef Yitzchak Schneersohn, upon his arrival in America, the National Committee For the Furtherance of Jewish Education was created to answer the religious challenges of the American scene. The minutes of the very first meeting of Merkos L’Inyonei Chinuch, Chabad Lubavitch’s Educational arm, record the first discussion about the establishment and future role of the committee.

Its first foray into Jewish education was the Released Time religious hour. The program, which takes advantage of state law permitting public school students an hour a week to study their religious heritage during school hours, has reached out to 250,000 Jewish children to date. Other initiatives spearheaded by the Committee include a bevy educational institutions, among them the Chai Tots network of preschools, the Ivy League Torah Study program, and Operation Survival, the first program to combat alcoholism and substance abuse in both the Jewish and African-American communities in Brooklyn.

High on the evening’s program was the dedication of a Torah scroll in the memory of the Committee’s late director, Rabbi Jacob J. Hecht. Following the dedication guests were treated to a smorgasbord and a string quartet playing Chasidic melodies.

The theme of the evening, 70 Years – A Lifetime, commemorated the Committee’s past accomplishments and served as a springboard for future growth. Poetically highlighting the multi-generational influence of the organization were the dinner’s Guests of honor, the Kupferman family. The patriarch of the clan, Charles Kupferman, was an early student of the Committee’s Released Time religious hour.

Years later Kupferman, now seasoned in construction through his job managing real estate, was enlisted by Rabbi Hecht in repairing Mikvaot across Brooklyn. The close kinship between Kupferman and Hecht would carry on to the next generation. Today  the Kupferman children serve active roles in Jewish communities in New York and Israel. As a sign of commitment to the good work of the Committee, the Kupfermans, who already support various project, announced an additional contribution of $700,000 towards the organization’s work.

Addressing the crowd was Rabbi Shraga Faivel Rimler, Director of Development at the NCFJE, who along with his wife, Mrs. Tziporah Rimler, received the Rabbinic Leader & Excellence of Leadership award. Rabbi Rimler, also the spiritual leader of the New Brighton Jewish Center in Brighton Beach, recalled his early work for the Committee as an administrative assistant to Rabbi Hecht. Drawing parallels to the weekly Torah portion, which discusses the patriarch Jacob’s search for his missing son Joseph, Rabbi Rimler explained that “today NCFJE continues the work of Jacob our forefather  – and Rabbi Jacob J. Hecht – in the search for Jewish children estranged from their heritage.”

Other awards included the Sara Domb Jewish Educational Award, presented to outstanding educators and students in the Jewish community. Four students, selected for their exceptional commitment to Jewish education and community work, were presented with a $3000 towards their future education.

According to Rabbi Sholom Ber Hecht, who serves as the chairman of the Committee’s Board of Executive Directors, “This celebration of seventy years is a stepping stone towards meeting the challenges of the future generation.”

Future plans include the growth of the Released Time Program to charter and secular private schools and the expansion of their Toys program for hospital children to 96 children’s hospitals across the nation.

Related Articles
View All
Education
Two Universities React as Antisemitism Steps Out of the Shadows
While college administrators debate the limit of free speech, Chabad campus leaders take action.
Education
A Hebrew School Becomes A Community
How has one innovative Hebrew School made the Big Apple the city of choice for Jewish families?
Education
Growing Gains in Toronto
Even as he cut the ribbon on the doors of the Romano Chabad Centre, Rabbi Mendel Bernstein knew it was too small.
Education
Can An Underfunded School Actually Transform a Community?
Small Jewish day schools—those with less than 100 students—occupy a fragile place in our society. Located outside of centralized Jewish communities, these schools must fight…
Get Inspiration to your inbox!
Newsletter
Join our weekly newsletter for inspiration and updates
Donate
Find Your Local Chabad Center
Chabad
About Chabad-Lubavitch
About Chabad Lubavitch
The Rebbe
Headquarters
Magazine
Magazine
All Magazines
News
News & Updates
In The Media
Impact
Social and Humanitarian
Social and Humanitarian
Education
Education
Community
Community