NBA Teams Partner with Chabad for a Night of Jewish Pride

Chanukah on the Court 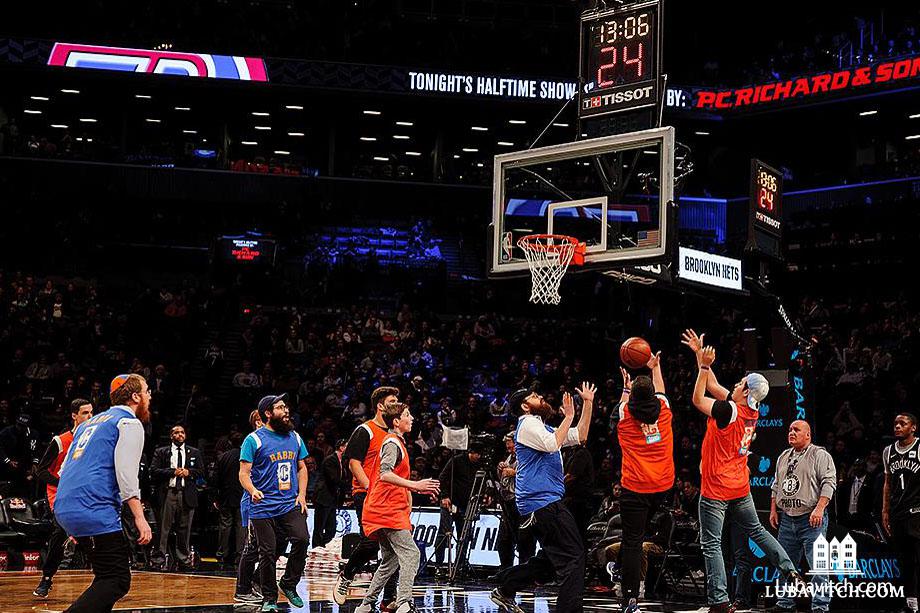 The American Airlines Arena in Miami, was transformed into a Chanukah celebration this Sunday as the Miami Heat hosted their tenth annual Jewish Heritage Night with Chabad of Florida. They join teams in all divisions of both the Eastern and Western Conferences hosting similar events this Chanukah.

The earliest Menorah lighting at a sporting event took place in 1987 initiated by Rabbi Raphael Tennenhaus of Chabad of South Broward at a Miami Dolphins football game. The idea has now been adopted by hundreds of sports teams around the country.

The Miami Heat event is the largest and longest running and is the brainchild of Rabbi Pinny Andrusier, director of Chabad of South West Broward. “It gave me the opportunity to combine my passion for Jewish outreach with my love of sports.”

Chanukah themed music played throughout the game and at half time 10,000 fans poured out onto the Xfinity East Plaza to join a concert–this year headlining Israeli singer Gad Elbaz. At the start Heat mascot, Burnie and NBA Hall of Famer, Alonzo Mourning lit a 7 foot high Menorah. The on-court Menorah lighting took place during the first quarter timeout. The game came to a halt for ninety seconds and together players and the crowd of nearly 20,000 stood to sing the blessings led by Elbaz. A representative of Publix Supermarkets who sponsored the Jewish Heritage Night, Marc Taubenkimel kindled the lights.

Heads of the Jewish Federation, local dignitaries, the Heat’s CEOs and executives all joined the event. “It’s considered South Florida’s most anticipated holiday event,” says Rabbi Chaim Lipskar, rabbi of the Shul of Downtown and Rabbi Pinny’s co-organizer. More than a hundred, of the 5,000 Jewish Heritage Night tickets sold, were sponsored for children and families dealing with special needs or illness.

The success and popularity of Miami’s Jewish Heritage Night has helped other Chabad organizations to create similar events. Rabbi Pinny helped to coordinate with the Brooklyn Nets who hosted the Cteen Jewish Heritage Night for the sixth year last night. Each person who bought a ticket through the Cteen portal received a commemorative kippa. Their bright orange color stood out in the crowd.  “It’s more than a basketball game, it’s a chance to show the world we’re here and we’re proud,” a Cteen official shared with Lubavitch International. Cteen is a program that inculcates Jewish pride and values in teens around the world. Groups from around the Triboro attended and at half-time Cteen members took part in a Rabbi Vs Teens game. Shulem Lemmer, a Brooklyn-born Hasidic singer who has just signed a record deal with Universal Music opened the game by singing the National Anthem. He led the crowd in singing the Menorah blessings and lit a large menorah made out of basketballs.

On Long Island, Rabbi Yossi Lieberman and Rabbi Dovid Weinbaum of Chabad of Long Island held what they have dubbed, a Mega Chanukah Bash. The event took place at the newly renovated, iconic Nassau Coliseum this Sunday. The Coliseum became the home of the Long Island Nets last year and when they invited Rabbi Yossi to light a menorah on court, he saw an opportunity. “Chanukah is about kindling light in public so this year we decided to build an event around the game,” he said. The Bash, geared to families featured a Kids’ Zone with face painting and inflatable bounce houses, arts and crafts and a video game truck. DJ Choni Milecki spun Jewish tunes through the afternoon and accompanied a festive concert with Jewish singer Yoni Z.

“The ancient Greeks converted our Holy Temple into a stadium,” said Rabbi Dovid. “Now the stadia are the venues for proudly shining our lights.” 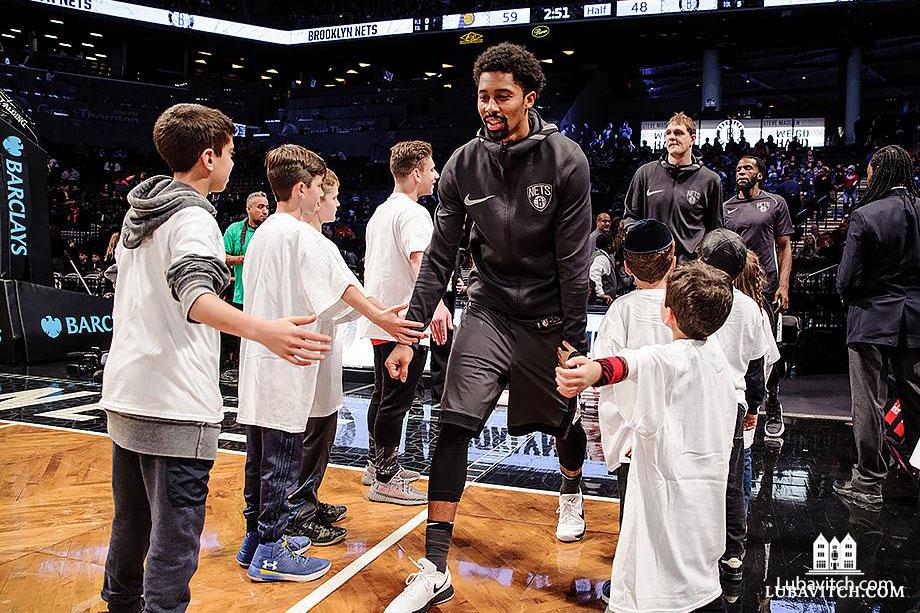 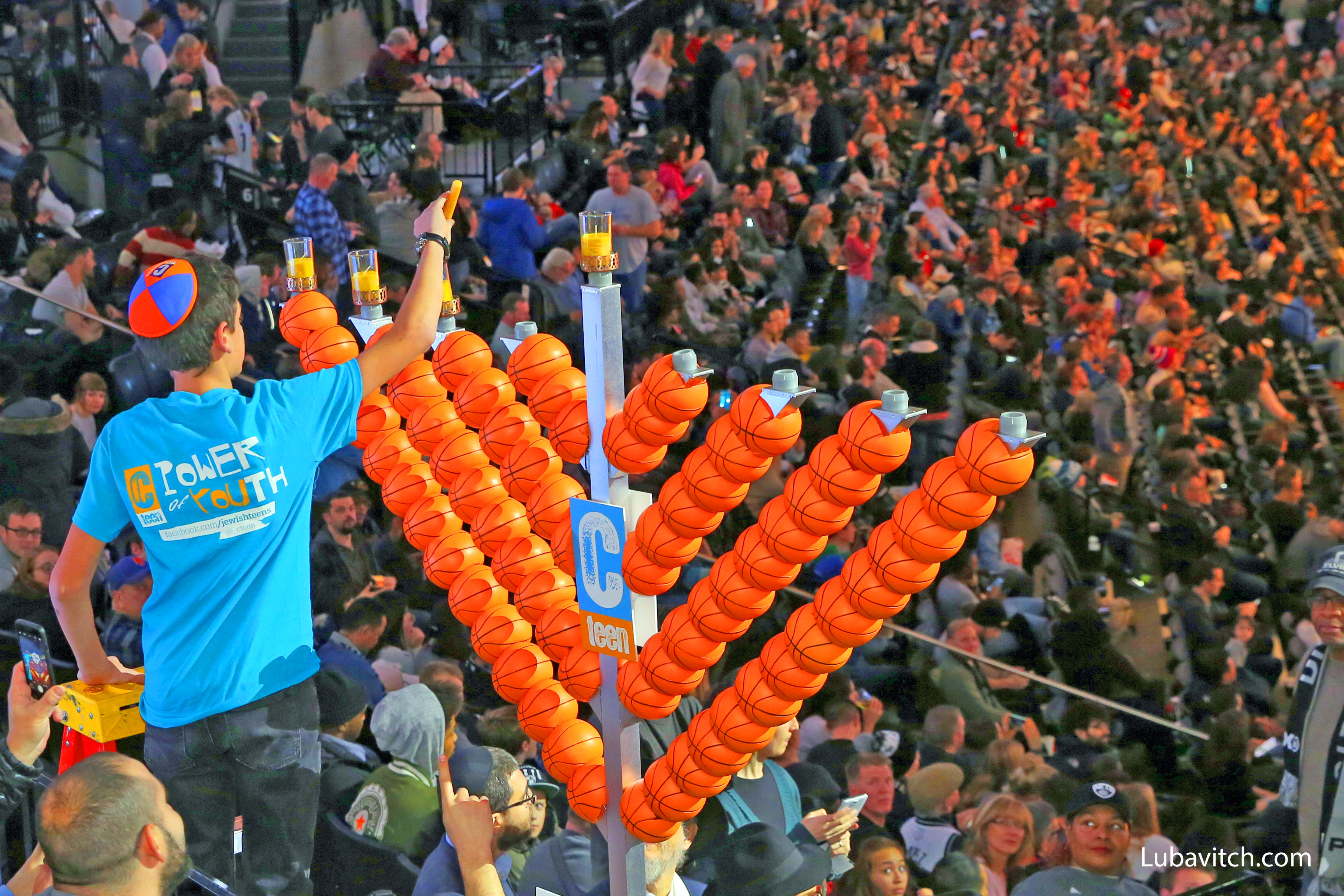 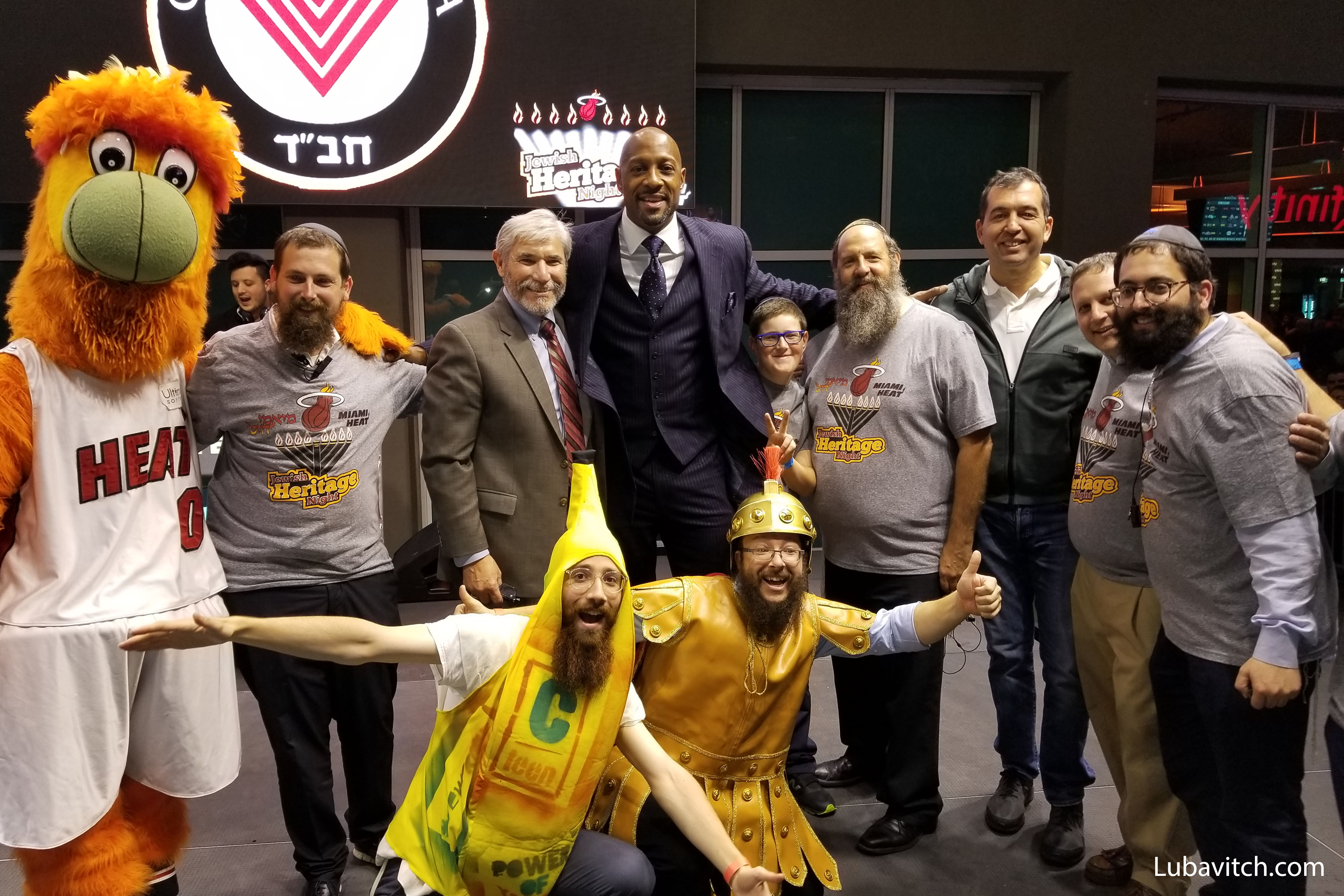