Infinite expression in a natural setting 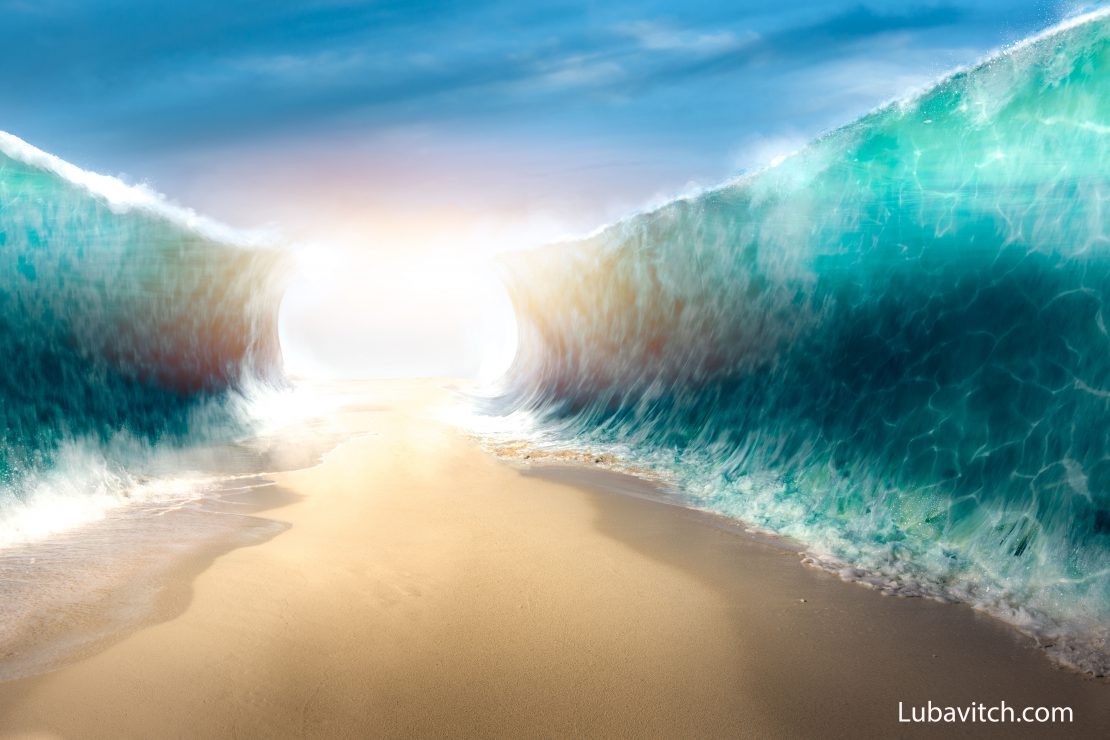 All News
By Baruch S. Davidson

Do you believe in miracles? To ask a Jew this question is like asking a raindrop whether it believes in clouds. It doesn’t take faith to acknowledge the very basis of your existence, and the Jewish people could not exist without miracles.

Isaac, the very first person to be born into Judaism, was conceived by his ninety-year-old mother long after her biological fertility had ceased. Isaac’s descendants, the Israelites, emerged from Egypt as a free nation only after G-d blitzed their taskmasters with a series of astonishing plagues. To this very day, our continued survival across the ages—2,000 years since our exile from our homeland, living among one society of anti-Semites after another—is nothing short of miraculous.

And indeed, the Talmud wrestles with this question.  May an individual operate under the assumption that nature will be suspended on his behalf? Can we fulfill “physical” mitzvot with objects that G-d brings into the world supernaturally?

Surprisingly, the answer is no! The sages of the Talmud taught that we are not to conduct ourselves in any manner that will depend on miracles, nor should a mitzvah—a Divine command—be fulfilled with anything other than the products of nature.

In 1798, detractors of the burgeoning Chasidic movement lodged a false report that the movement’s founder, Rabbi Shneur Zalman of Liadi, was fomenting a rebellion against the Czar. The Czarist government took this accusation at face value and imprisoned the rabbi for fifty-three days.

That official saved the note, and his family preserved it under thick glass for generations. Rabbi Dov Ze’ev Kozevnikov, the rabbi of Yekaterinoslav, saw the note for himself, and related this story to nine-year-old Yosef Yitzchak Schneerson–the boy who would later become the sixth Chabad rebbe. 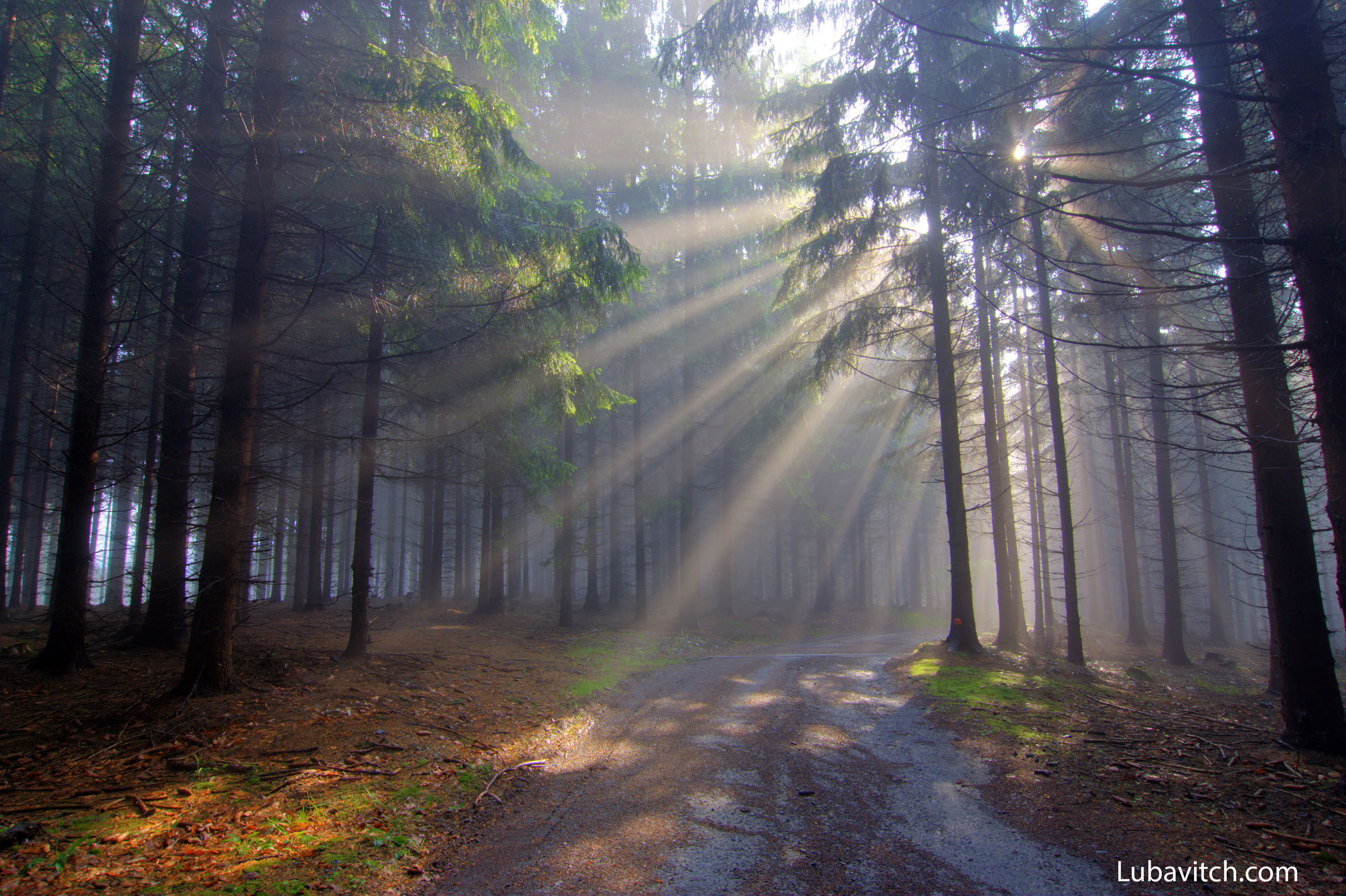 As a boy, Rabbi Yosef Yitzchak wondered why Rabbi Schneur Zalman did not recite the entire Kiddush Levanah prayer the first time the boat stopped. Why did Rabbi Zalman wait until the official agreed to stop the boat of his own volition?

“With time,” explained Rabbi Yosef Yitzchak, “I came to understand that this episode encapsulates a vital principle in Divine service: that a mitzvah is to be fulfilled in the realm of the natural.”

So on the one hand, we regard the systems of nature as a mere curtain behind which G-d exercises His deliberate providence. But on the other hand, we hallow these natural systems and insist that mitzvahs may only be fulfilled within the created order. What explains this tension?

Or to ask the question another way, why did G-d create a world governed by predictable laws of nature if he intended to break those laws? If miracles are the Creator’s way of letting us know He exists, why create laws of nature at all?

Chasidism explains that both the natural and the supernatural serve the purpose of making G-d’s greatness known to mankind.

Nature expresses G-d’s “completeness” as it manifests itself in the ability to project even finite forms of energy, including those whose systematic operations lend the impression of having a life of their own, with dependable, and seemingly undefiable rules of operation.

The infinite Creator, of course, is not confined to His creation of the universe, nor defined by it; His limitlessness is not affected by the limitations of His creations, His oneness not challenged by their diversity. This is discernible, even to the obscured senses of the natural world, when, by Divine compassion, we are privy to a miracle—a supernatural phenomenon in a world where everything seems otherwise governed by the rules of nature.

Simply put, just like G-d created the magnificent universe to bear witness to the masterful Artist who created it, He occasionally suspends the created order and causes unnatural phenomena to take place in order to demonstrate that the entire cosmos is utterly insignificant when compared to His greatness. If not for G-d’s interference with nature, we might overlook the fact that nature too, in its marvelous perfection and perpetual continuity, is testament to the infinite Creator who conceived it and continually causes it to exist.

Yet while the supernatural serves to inspire us, the mission we were tasked with when G-d gave the Torah is specifically rooted in the realm of the natural.

To cite the Midrash, all of existence came into being because G-d craved a “home” in the lowly worlds. He desired that His singular and infinite presence be fully revealed within the earthly realities He created.

Upon receiving the Torah and its expressly physical commandments, the Jewish people were given the mandate to merge the earthly with the G-dly—to elevate all aspects of creation by utilizing them in the implementation of the Divine will. In doing so, we demonstrate that the natural world cannot be at odds with G-dliness, for it too, with all its ostensibly definitive and unyielding properties, is an expression of G-d’s perfection, and can therefore be used to carry out His will.

For this reason, Judaism insists that the natural processes involved in performing the mitzvot comprise a significant component of the mitzvot themselves, for when a person does a mitzvah, they sanctify not only the object with which the mitzvah is performed (e.g., the shofar or lulav), but also any other physical means that contributed toward its fulfillment. When this involves some sort of natural challenge or hardship, it is an opportunity for even more of the world to be elevated by the holy act. If these obstructions were circumvented through supernatural means, part of the mundane world would remain unaffected, and we would miss the chance to reveal how the natural processes of life are one with G-d.

Instead, we take inspiration and courage from our history of miracles, and relentlessly work to reveal G-d in the natural and mundane, setting up a perfect home for the perfect G-d in His perfect world.

This piece is published in the Lubavitch International magazine, Spring 2019 edition. To order: Lubavitch.com/subscribe

1 A similar sentiment was expressed by Israeli Prime Minister David ben Gurion in a CBS interview (October 5, 1956): “In Israel, in order to be a realist you must believe in miracles.”

2 Jerusalem Talmud, Yoma 1:4, and elsewhere. Some sources consider this a Biblical command, derived from the verse, “You shall not test the L-rd, your G-d” (Deuteronomy 6:16).