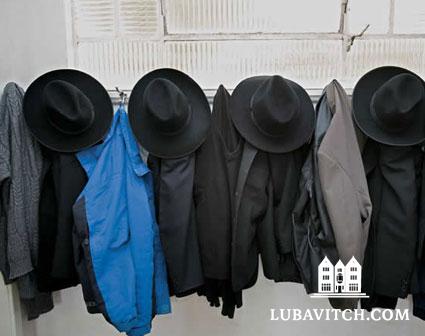 (lubavitch.com) This month’s Portuguese edition of National Geographic treats its Brazilian readers to an eye-opening, enthusiastic essay on Chabad, with a close examination of the Chabad yeshiva in Brazil.

Titled “A School of Tradition,” the photographic feature opens on a personal note: “My son became sociable and compassionate to those around him.”

Writing in first person, Claudia Altschuller explores the yeshiva institution through the experience of her son, Daniel, and how the warmth and empathy he gained at the yeshiva shaped him.

The author admits to being profoundly impressed by the yeshiva’s fealty to Jewish tradition, in practice and education.

Having married out, Judaism did not figure in her life she says, until her son met Rabbi Avraham Berkis, a local Chabad representative in Rio de Janeiro, and wound up becoming a student at a Chabad Chabad's Machne Israel yeshiva there in Petropolis.

Focusing on Rabbi Chaim Benyamini, one of the early Chabad representatives to Brazil who established the first Chabad yeshiva there, Altschuller traces the history of Chabad and its continuity.

For Brazilian readers who know little about Judaism and Jewish life, the article is an aperture to the concept of a traditional yeshiva as it is intended to shape the character and Jewish sensibilities of its students, and the experience of a parent who did not know what to expect.

“In this yeshiva, the Jewish values and inspiration that guide the lives of the teachers, mentors and students are authentic and unchanging. For them, the yeshiva is as integral as the home. This, at least, is what I learned from my son,”  she concludes.