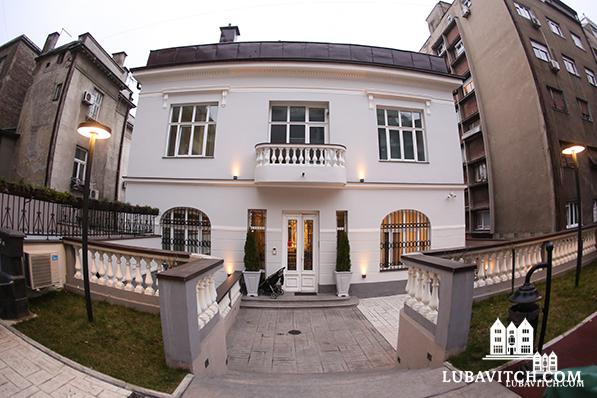 As Chabad events gained popularity, the Kaminetzkys’ rented apartment began to shrink. It was time to move forward. But with a weak economy and a community that struggles to get by, the prospects were dim. It didn’t help that Rabbi Kaminetzky felt that Chabad needed a space in the heart of the city. “As poor as this country is, real estate in the center of the city is exorbitantly expensive,” he says. “We knew it was not a practical option.”

Acting on a hunch, the rabbi reached out to a foreign philanthropist whom he had never met: “I hoped that he would appreciate Chabad’s transformative work in Belgrade. I thought that what we were doing might appeal to this man.”

Kaminetzky held his breath. After some time, with assistance from Chabad Headquarters through the good offices of Rabbi Moshe Kotlarsky, he got a reply. Over the course of two years, the rabbi corresponded with the philanthropist about the various properties they were looking at. “We were ecstatic when he gave us the go-ahead on a property in downtown Belgrade,” the rabbi says. It was in serious disrepair,  but ideally situated on one of the major traffic arteries of the city, alongside some of the most important national institutions and embassies.

Miri’s imagination went into overdrive, and her flair for design came to good use. “At first, the place was so gray and gloomy,” she recalls. “But I pictured it filled with people sitting around a Shabbat table. I thought of our friends bringing their little ones to our afterschool and Hebrew school programs. A vision began to form.”

Ultimately, the donor did more than buy the building. “He underwrote the architectural plans, building permits, renovations, interior design and all the decor down to the last detail,” the rabbi says.

Working with the architects and designers, Miri translated her vision with exquisite attention to detail, designing an inviting space, sunlit and alive with warmth and color. The results elicit a “wow” reaction from every first-time visitor to the Chabad House. More importantly, locals and travelers, the adults and the children are never in a hurry to leave.

“The Belgrade Chabad House is a miracle,” says Rabbi Kaminetzky. “There’s no other way to explain how the blessing came to us. We cannot properly thank the donor because he insists on anonymity. But he’s been a dream partner with us in the Rebbe’s work. And we think of him and are grateful to him at every event that transpires in this beautiful Chabad House.”