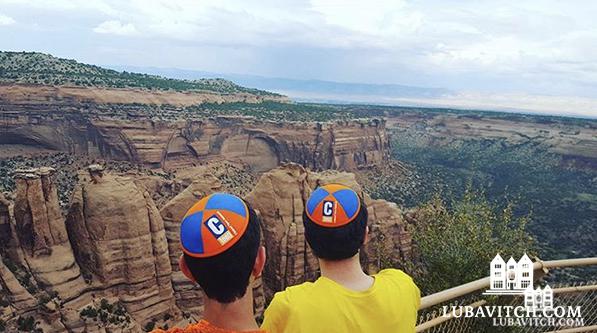 I wear it high,

And I wear it proud.

I wear it quiet,

I wear it loud.

I’ve got my kippah on my mind,

I wear my kippah all the time,

As Jewish organizations worldwide stand in solidarity and unite to fight anti-Semitism, Jewish teen boys all over the world are doing their part on January 13 by wearing a kippah the entire day—even if they don’t usually wear one.

Chabad’s international CTeen network announced the annual Kippah Day earlier than usual this year. “We usually have Kippah Day after the International Shabbaton in February, but due to recent events, with the world focusing on combating anti-Semitism, we felt now would be an opportune time,” says CTeen director Leah Rivkin.

It’s hard to say how many teens participate though many post photos of themselves sporting a kippah on social media. Previous years have seen a few hundred participants proudly wearing their kippahs in school, at soccer practice, through grocery stores and, in one case, during a band performance while the rest of the crowd was clad in Xmas-themed hats.

For teens who do not own a kippah of their own, or who want to make a real statement, CTeen is selling their branded kippahs on sale for $0.99 a piece. The bright blue and orange head covering is meant to be seen. “These don’t blend in,” Rivkin says, “you can’t get more loud and proud than that.”

These days, when ant-Semitism attempts to intimidate Jewish expression,CTeen aims to encourage their members to be confident in their Judaism and not to cower or hide in the face of adversity. “More than a statement of pride,” Rivkin says, “wearing the kippaha is a Jewish practice that goes back thousands of years. They’re not just talking or doing something that feels good, they’re performing an actual tradition.”

Though technically only required during prayer or Torah study, Jewish males have been wearing kippahs—or yarmulkes in Yiddish—also during mundane activities, some even while asleep, since biblical times as a sign of respect for and awareness of G-d. While a baseball cap accomplishes the same goal, the kippah has become symbolic of Jewish identity.

It helps to have the support and motivation of so many other teens behind them. “It encourages them to try it when they know they aren’t alone. They are doing it together with an international force of teens and they can see it on social media.”

And when a teen sees another peer wearing their own CTeen kippah, “there’s an instant connection, a realization that they’re both part of a global network and can relate with each other.” 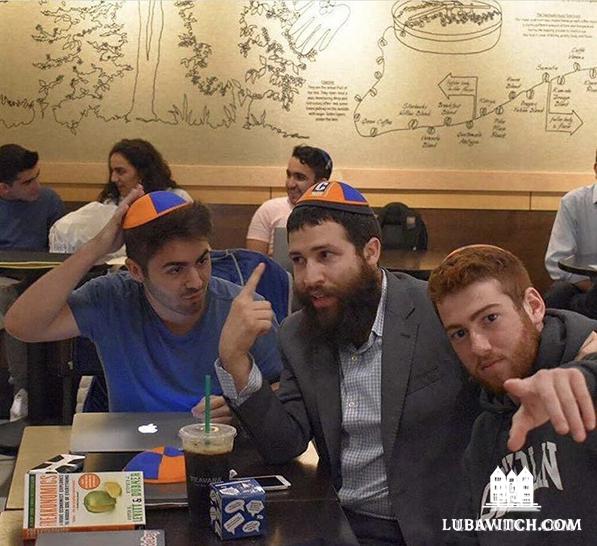