In mid-America; a Minyan, a Bar Mitzvah and a Kaddish. 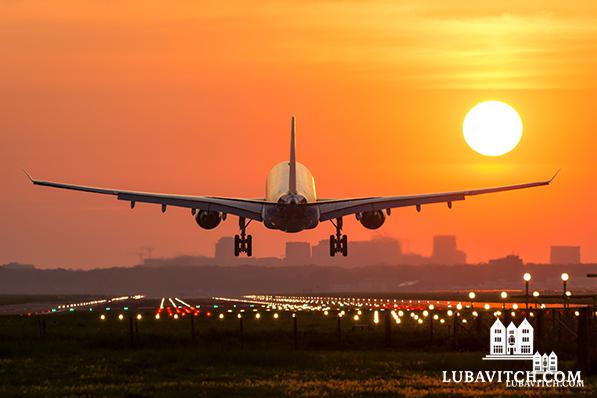 “Hey Rabbi, getting ready for takeoff at Newark. Found four other Jewish guys on board. Think we can get a minyan?” At 4:00 A.M. last Monday, Moshe Rosenblatt pressed send on the text, turned his phone off and settled in for the three-hour flight to Omaha, Nebraska.

When Rabbi Mendel Katzman, Chabad representative to Nebraska, saw this request, he sent out messages to his community members. Weekday services at Chabad of Omaha are slated for 7:00 A.M. In addition to notifying community members of a time-change to allow for the travellers’ arrival, the rabbi wanted to make sure another four guys would show up to make up the requisite ten.

Rosenblatt, in the mourning year for his father who passed away a few months ago, tries to pray with a minyan daily so he can recite Kaddish in her memory. For Kaddish to be recited a quorum of ten adult Jewish men must be present. This sometimes proves difficult when the New Jersey-based CEO of Sienna Healthcare travels, as he often does, to oversee the senior homes his company owns.

But by 9:00 A.M. that morning, in Omaha, Nebraska, there were twenty guys assembled, including the five travelers from New Jersey.

One of them was Ben, a former marine who was raised Christian and only recently discovered that his maternal grandmother is a Holocaust survivor, and thereby his Jewish identity, it was his first time participating in a minyan. He was called to the Torah and the crowd celebrated his impromptu bar mitzvah.

Local resident Jim saw the text from Rabbi Katzman, “You’re a godsend,” he messaged the rabbi. “Today is my mother’s yahrzeit.”

A young Jewish Costa Rican musician was travelling through town with his band members on their way from Denver to Minneapolis. He looked up Chabad before arriving and had spent Sunday night at the Chabad House. He delayed his onward journey so he could take part in the minyan, a rare treat while he is on the road.

A spread of refreshments was set out, and following the service the group sat down to toast the bar mitzvah and this group of unique individuals who gathered to form an improvised minyan in a city in mid-America. “This service is but one realization of the Rebbe’s oft-quoted ‘and you will be gathered one by one,’ from Isaiah,” said Rabbi Katzman.

Jake* arrived for his 10:00 A.M. meeting with the rabbi to find the Chabad House abuzz with the energy of the event that was just winding down. Jake, a leader and activist in the Omaha community, says this dedication to the individual is one of the things he particularly appreciates about Chabad.

As he recently shared with Rabbi Katzman, “Your focus is not just on the general needs of us as a community, but on the unique experience of each individual.”

Moshe Rosenblatt expressed his appreciation for the rabbi, whose efforts he says don’t just include making accommodations for him for a minyan, but also dinner invitations. “It’s amazing to know that although I’m far from home there’s a Chabad house with a shaliach as warm and helpful as Rabbi Katzman, who makes Jewish resources so accessible,” he told Lubavitch.com.