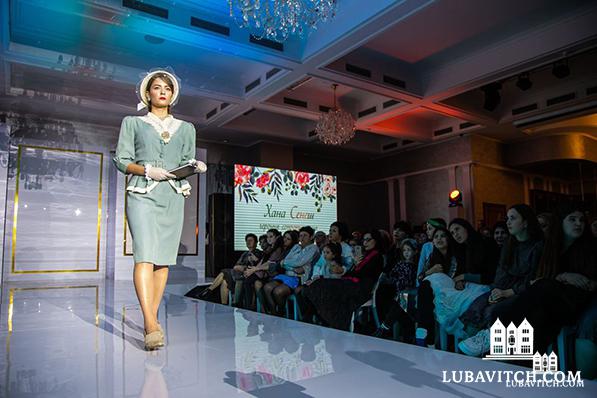 When Ava Greenwald celebrated her bat mitzvah last September in Bal Harbour, Florida, her parents went all-out. The party included a DJ, a special dress, a catered dinner in a hotel hall—all standard for her community.

But Ava wanted her special day to be about more than just the frills and fanfare. So the young girl searched for a special project she could undertake in honor of her milestone. She thought of many different options but nothing really resonated with her.

Then her father’s childhood friend came to visit. From Rabbi Chaim Danzinger of Chabad of Rostov, Russia, Ava learned of the nine girls at Chabad’s Bat Mitzvah Club, girls like Sasha and Yeva, who weren’t planning on having a bat mitzvah party at all. The families just couldn’t afford it.

“She was so surprised,” remembers Ava’s mother Rivka. “She couldn’t imagine someone her age not being able to celebrate this important part of her life like she had.”

And so began Ava’s mitzvah project: raising the funds necessary to sponsor a beautiful celebration for the girls, their families and the entire Rostov community.

They planned the event to coincide with Cheshvan 20, the birthday of Chabad’s fifth rebbe, Rabbi Sholom DovBer Schneerson (also known as the Rebbe Rashab), 100 years after his passing. The Rostov community has a special relationship to Rabbi Sholom Dovber, for that was his home during his last years, and that is where he is buried.

Ava recruited her classmates Sara Batya Lipskar and Adina Andrusier to help her raise funds, and the trio began a GoFundMe campaign and distributed charity boxes during Ava’s own bat mitzvah party. Together they raised enough money to cover the cost of the event.

“It wasn’t a charity campaign,” Ava clarifies, “it was an equal learning experience for all of us. A spiritual journey.”

Not content with viewing from afar, Ava and her father, joined by Sara Batya, Adina and her two sisters, jumped through numerous bureaucratic hoops to secure the necessary visas, passports and other travel documents, and together they flew to Rostov to be a part of the unique event.

“The girls from Florida and the bat mitzvah club students spent Shabbat together in our home,” says Rostov’s Chabad rep Kaila Danzinger who teaches the weekly class and planned the entire event. “We weren’t sure how it would turn out with the clash of cultures—the girls don’t even speak the same language—but it turns out differences in language and lifestyle don’t have to get in the way of true friendship.” She describes the scene around the Shabbat dinner table: “the candles were glowing and the girls all had their hands around each other’s shoulders and were singing together in harmony. It was beautiful.”

Over 300 women showed up for the celebration two days later on November 18. Kaila spared no effort to make it an elegant evening to remember, and it was apparent in the beautiful setup of the hall, the bat mitzvah girls’ new dresses, the lovely flower wreaths in their done-up hair, and the quality gifts they received. As Yeva says, “I never in my whole life imagined I would have a bat mitzvah and that I would get to hang out with American girls. This was like a dream for me.”

A Jewish Women Through The Ages fashion show featured teens dressed as biblical and modern Jewish heroines. As they strolled the catwalk, they presented about the life of each of these illustrious women including Rebbetzin Shterna Sara, wife of Rabbi Sholom Dovber.

“The women were moved to tears,” says Kaila. “They hugged the Floridian girls and thanked them for giving them this beautiful event and teaching them about Jewish femininity.” Ava says she and her friends cried along with them.

“I was so moved by the experience,” says Inna Moiseeva, Sasha’s mother. “This celebration was unforgettable for our family, friends, and relatives.” Yeva’s mom, Marina Medvedeva said this event will remain “the most treasured memories of our entire lives.”

The Rostov women and girls were not the only ones inspired. “I came back a different person,” says Ava. “Before this I was a kid who didn’t like getting up in the morning to go to school. I didn’t appreciate the Jewish observance that I was born into. Seeing the enthusiasm of the girls who live for their next Torah class, connecting with our history in Russia and visiting the resting place of the Rebbe Rashab, really inspired me and made Judaism feel much more relevant and meaningful to my life.”

Kaila says that the community lives in the shadow of the Holocaust. “The largest mass grave of Jews in Russia is located here. There’s over 20,000 Jews buried in one spot in our city—it’s like Ukraine’s Babi Yar. Everyone lost someone.” Chabad’s mission, she says,  is to create a brighter Jewish experience. “And that’s what this lifecycle milestone was about: empowering the next generation of Rostov’s Jews and celebrating Jewish life and continuity.”

Ava reflects on the many gifts she received for her own birthday and about the one thing the Russian girls wanted for theirs. “They each wanted to take on a Jewish name,” she remembers incredulously. “Not the latest gadget, not sophisticated clothing. Just a Jewish name. I learned not to take anything for granted, not my Jewish education, my observant community and not even my Jewish name.” 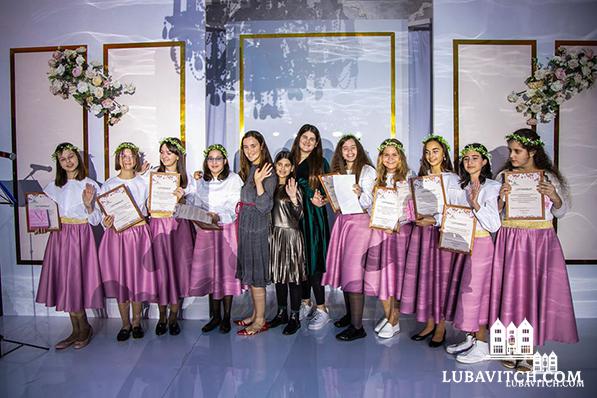 Ava, fifth from left, with Adina and Sara Batya, surrounded by the students of the Rostov Bat Mitzvah Club at the grand event. 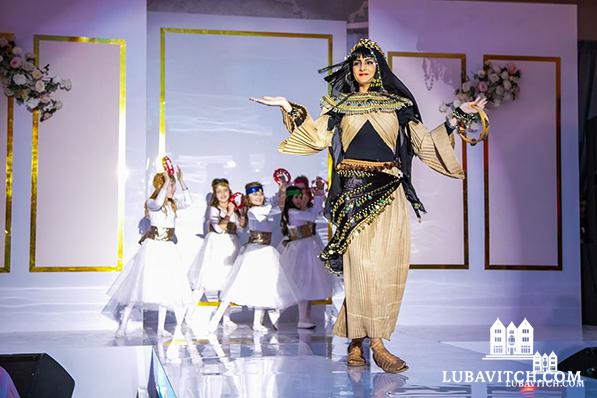 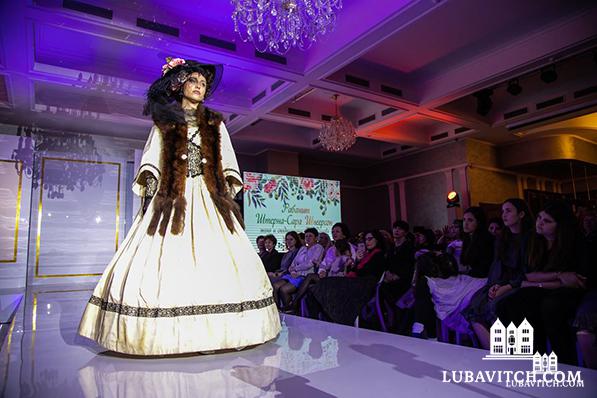 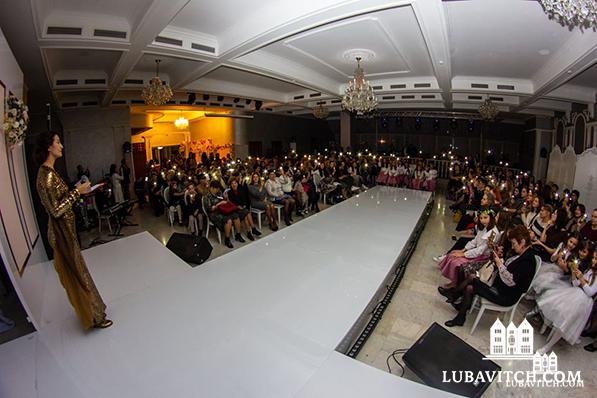 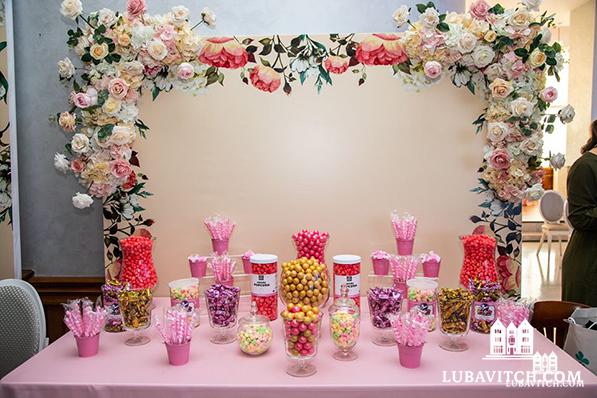 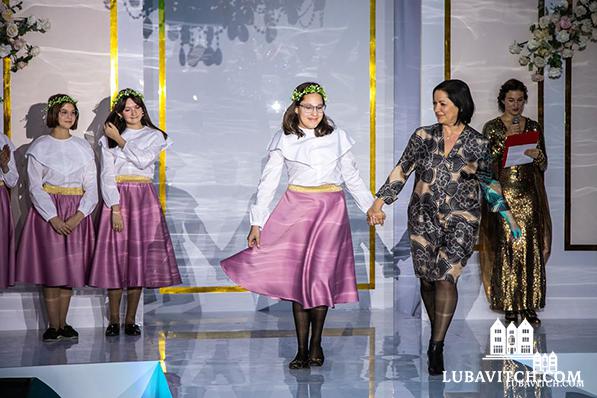 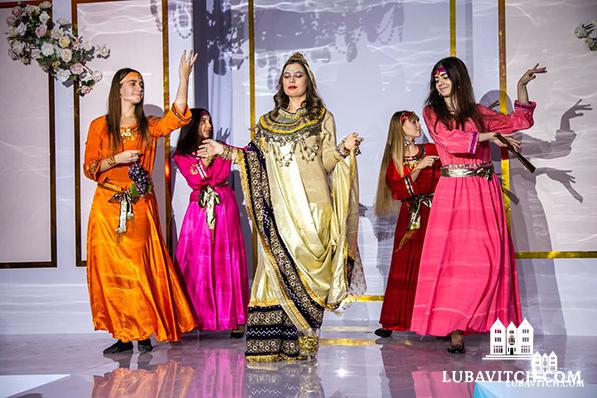 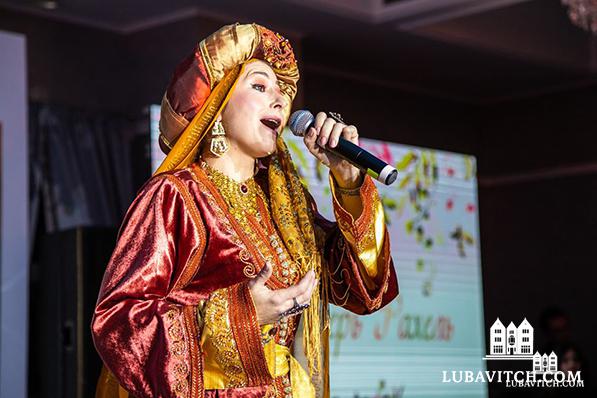 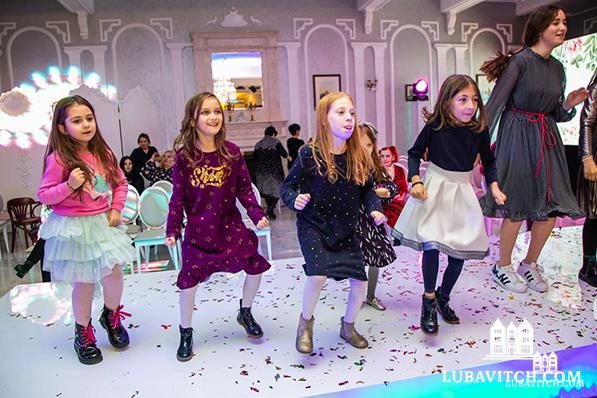 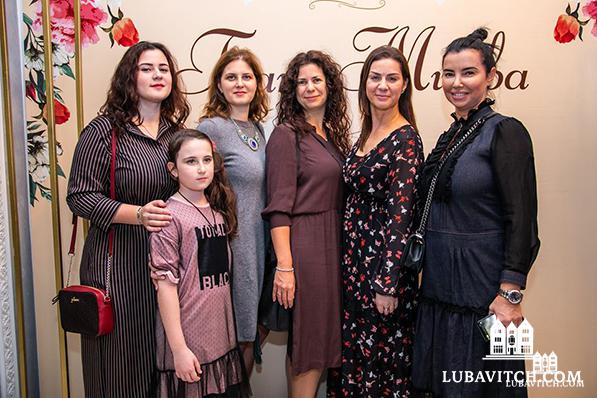 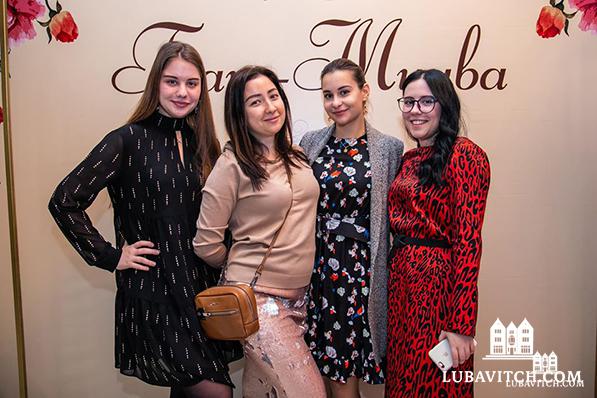 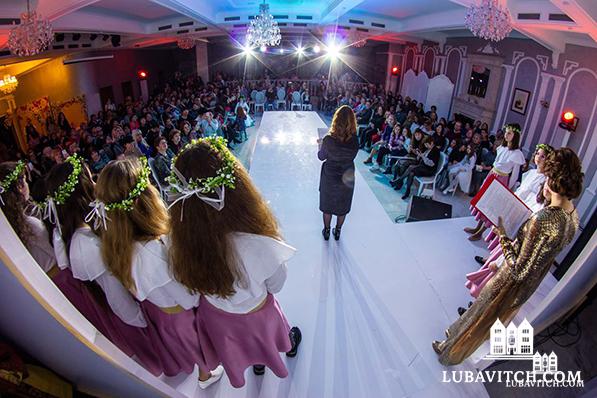 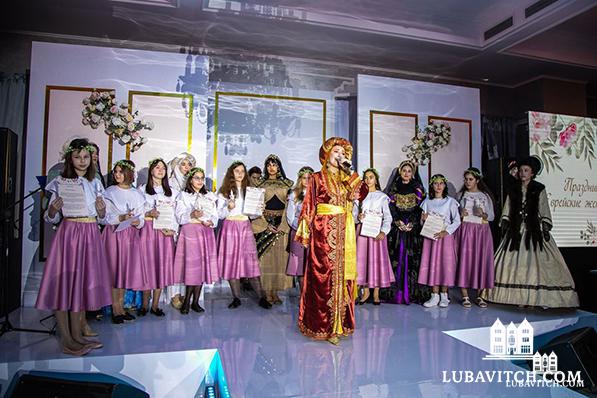 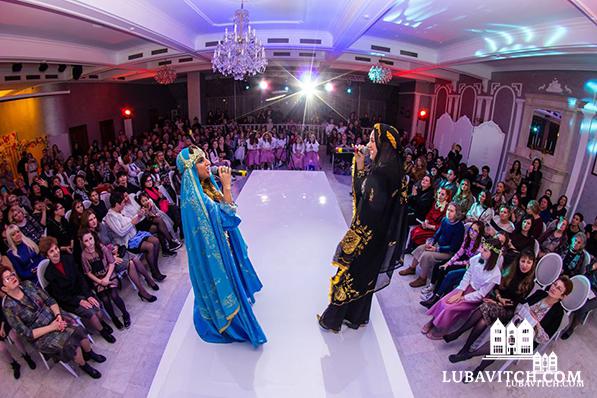 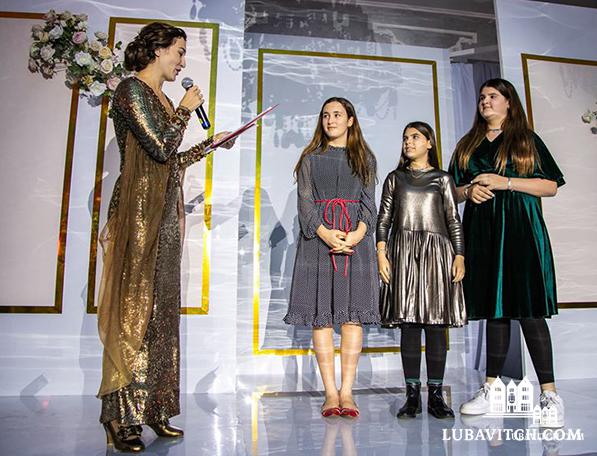 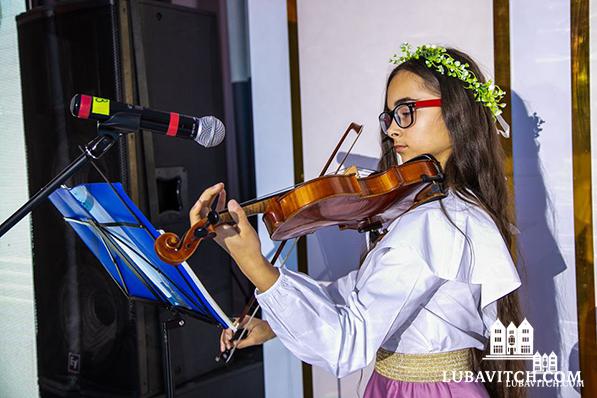 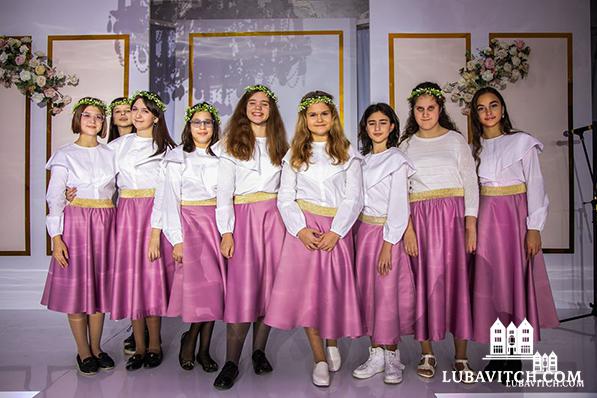 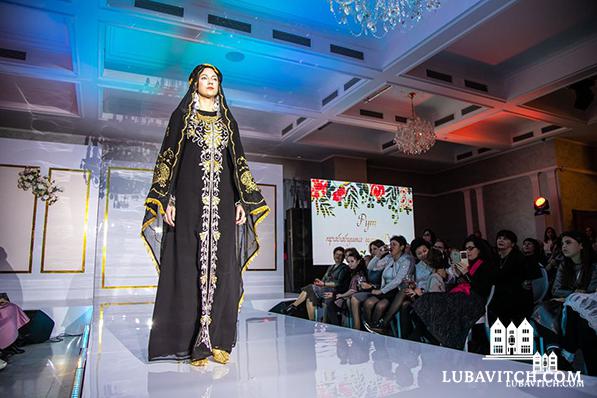 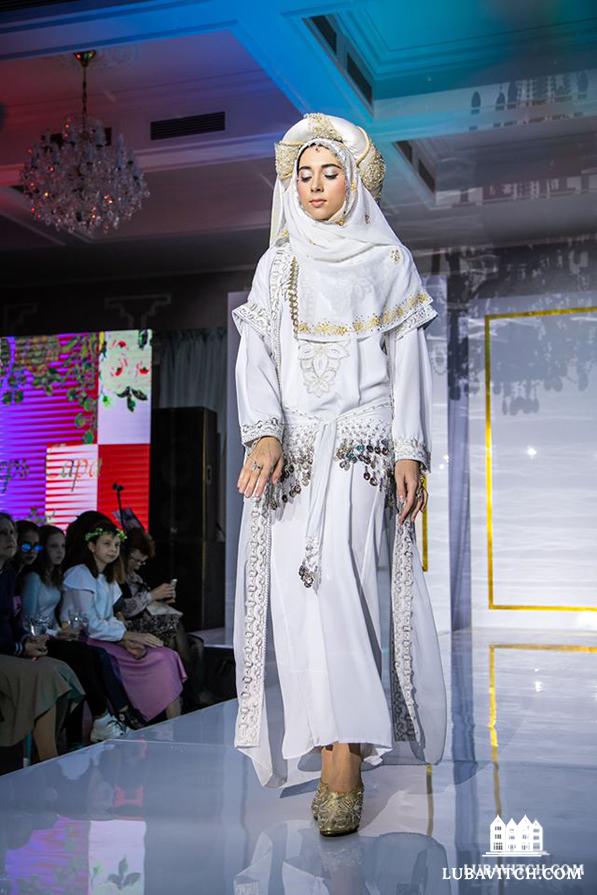 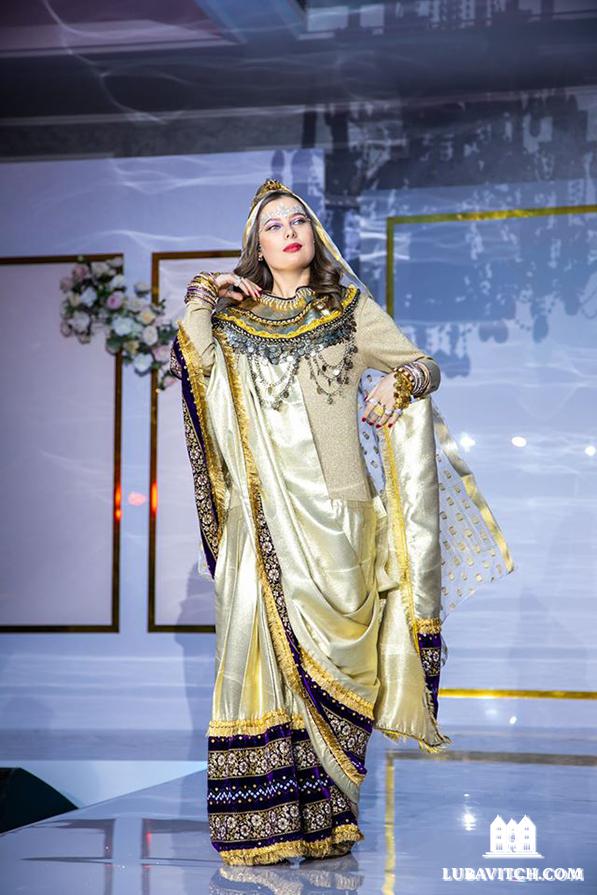 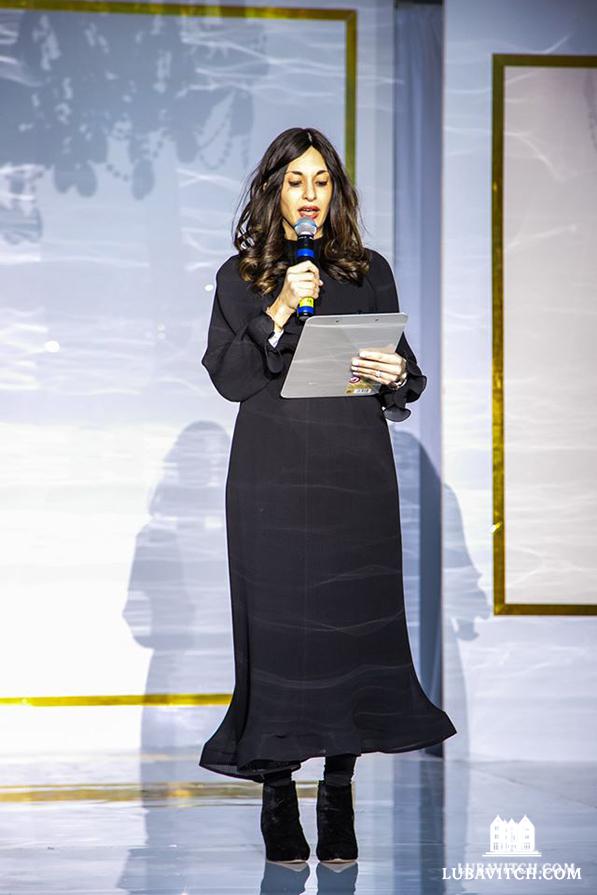 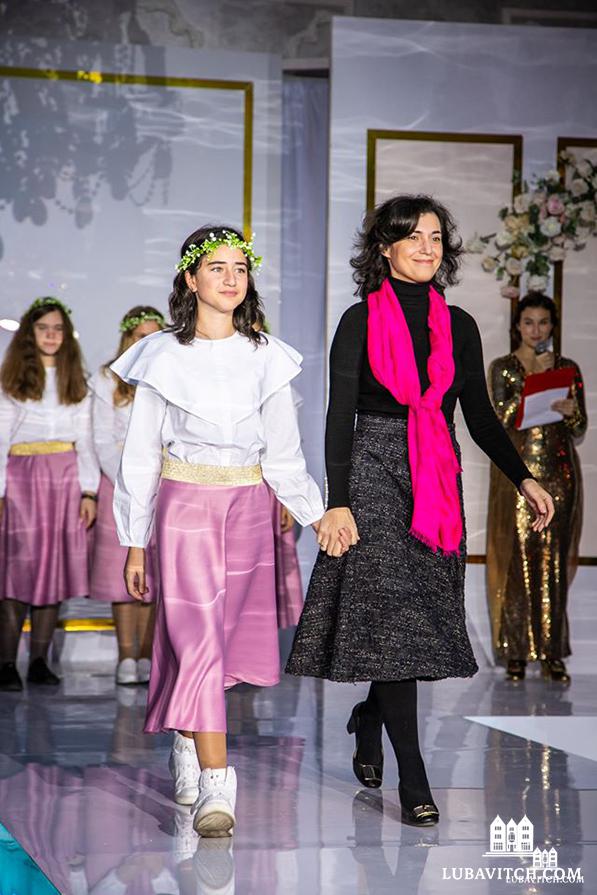