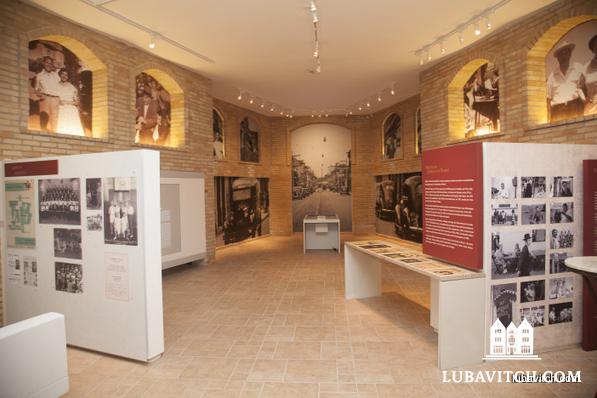 Yona Krasilchik arrived in Sao Paulo in 1908 with a small group of landsmen from Bessarabia. By 1912, he had helped build Kehilat Israel, the city’s first synagogue, and soon after, a Jewish hospital, cemetery, and school.

A century later, his great-grandson pays homage to his work with a stunning, technologically-advanced memorial in the original five-story synagogue. “My great-grandfather came here looking for a new life, a better life,” explains the President of the Board of Consultants, Breno Krasilchik. The Memorial of Jewish Immigration, he says, recognizes “the goodness we have here in Brazil.”

Brazil welcomed its earliest Jewish residents in the late 15th-century during the Spanish Inquisition. Recife, in the country’s north, is home to the New World’s first synagogue: Kahal Zur Israel was built in 1636. As a group, Jews moved to Sao Paolo and farther south in the last 150 years. Many ended up in Bom Retiro, an immigrant neighborhood in the city, where Krasilchik and his contemporaries built their homes and community. Most were tailors and textile vendors, sewing and hawking their way to prosperity.

Though 60,000 Jews still live in the city, most of them — upwardly mobile — relocated to more residential neighborhoods. They left empty synagogues and storefronts in their wake. Not wanting to give up the historical treasure, the synagogue’s board of directors turned to someone they felt would not only preserve the structure, but enhance it.

Enter Rabbi David Weitman. Since 1979, when he moved from Belgium, the Chabad representative has been serving Sao Paolo’s Jewish community, earning a reputation as a uniter and a builder. He was the board’s top pick.

“All of us in Brazil are immigrants or children and grandchildren of immigrants,” shared Rabbi Weitman, the museum’s creator. “These immigrants were pioneers and heroes who left suffering behind in the countries they came from. It is our obligation to honor them with this memorial and to simultaneously thank the country that welcomed us.”

It is also, adds his son, museum coordinator Rabbi Toive Weitman, a chance to “fulfill the fifth commandment, to honor our fathers and mothers.”

Benjamin Steinbruch, the memorial’s Honorary President, agrees. “We had an obligation to create this museum in the country that received us so well and leaves us so free to do many things,” says the CEO of Companhia Siderurgica Nacional, Brazil’s second largest steelmaker. “ It may be small in size, but this memorial is huge in its history and in its memories of the heroes who founded the Jewish community here in São Paulo, in 1912.” Steinbruch dedicated the memorial to his late parents, Mendel and Dorothea, to “preserve our history, our values and our customs.”

Work on the memorial, which opened in late February, began 10 years ago. Over the decade, Brazilians submitted valuable documents, rare books, memorabilia, and photographs. The memorial’s vision, to educate and inspire, is well under way as hundreds of local schoolchildren, tourists, and professors (both Jewish and not) have already visited. Extensive databases offer the opportunity to look up ancestors and relatives.

Ralph Appelbaum Associates, a prominent New York designer of museums designed each of the synagogue’s five floors to serve as a window into the immigrant experience. One floor offers a reminder of the countries (and curses) left behind, while another describes the immigrants’ lives in their new home. Many prominent Sephardi and Ashkenazi communities comprise Jewish life in Brazil, and all segments are represented, their traditions and treasures evident throughout.

For Krasilchik, the memorial’s “heart” is its first floor. It looks exactly as it did when he had his bar mitzvah there in 1973. Throughout the seventies, Marcos Arbaitman’s father was the synagogue’s cantor, and Arbaitman, now a successful businessman and board member, also came of age in the hallowed room. “Seeing the synagogue transformed into this beautiful memorial is very special for me,” commented Arbaitman wistfully.

At the memorial’s dedication, attended by elected officials and prominent business people, visitors sat on the synagogue’s original benches and chairs. One such guest was Joseph Safra, chairman of the Safra Group, who supports the memorial as well as many Jewish causes. Situated in front of them was the original aron, the holy ark. Built by Yona Krasilchik himself, his initials, etched in Hebrew letters, are a testament to the founders’ vision and their descendants’ passion.

An entire wall, one floor up, has been transformed into a giant photo album, covered entirely with the pictures, names, and stories of the Jews who made Brazil home. Black-and-white photographs neighbor sepia prints and bright, colorful images. It’s as much the story of the community’s past as it is its future. Everyone stops here, to look, to learn, many to cry.

The faces of immigration include each Jewish family’s story, and that, says Krasilchik, is really the point. “My family founded the synagogue, the memorial, but the whole Jewish community built it.”