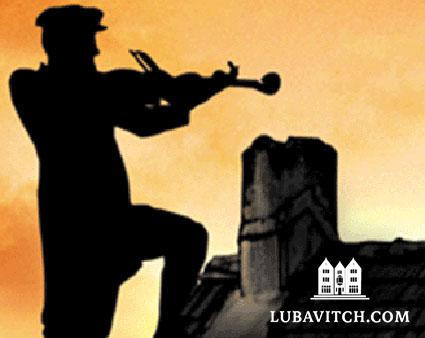 (lubavitch.com) When Fiddler on the Roof made its 1964 debut under the bright white lights of Broadway, theater-goers and reviewers hailed it as a period piece with rich nostalgic value, but little relevance to contemporary society.

Much has changed since the Tony-award winning musical first opened its doors, and today, many people are looking at one particular aspect of shtetl life with new interest.

Yenta is getting a face-lift.

With grumbles about a dating crisis reverberating throughout the various segments of normative Judaism, singles and parents are turning to matchmakers with a vengeance. And they are responding with an increasingly high-tech presence reflecting changing social needs.

ChabadMatch.com, a grassroots matchmaking site, boasts 800 active Chabad members and 23 weddings in about 24 months—since the site was launched. Creators, Ester and Moshe Raichman realized that many of their single friends were having a hard time getting dates. The couple, she is from Sao Paolo and he hails from Houston, lives in Jerusalem and understands the complications of a global dating scene.

“Unlike many other religious communities,” explains Raichman during a matchmaking workshop at the International Conference of Shluchos, “the Chabad community is spread out over six continents. Previously, matchmakers were limited to singles that they knew,” clearly limiting their base. “Now, the site’s 50 matchmakers can match singles all over the world, based on many different variables.” Raichman stresses that ChabadMatch offers, “the same old recipe of a shadchan, parent, and single, with a new twist: the internet.”

Tzirel Frankel, a matchmaker on the site, made her first match by accident. Since then, the Los Angeles mother who has married off three of her own children has paired up many happy couples. Beyond the initial introduction, Frankel “works as a counselor, mentor, and guide. When I am setting up a couple, I feel like they are my own kids.”

Frankel believes that the site provides a necessary service to so many in the broader Chabad community. “There are many families where the parents or the singles themselves have recently become religious,” she explains, and are new to the approach and focus that dating takes in an observant environment.

“A lot of people were frustrated that there was no easy, systemized approach to dating,” says Illana Bergovoy, cofounder of the Chicago Shidduch Group. “We had hit a bottleneck.”

The Chicago Shidduch Group operates in conjunction with partner organizations in 25 cities around the world. Participating mothers, fathers, and matchmakers apply a two pronged approach to making matches. Members share profiles on international teleconferences and participate in weekly gatherings of prayer, charity, and study. “We are friends helping friends. I pray for my friends’ children and they in turn pray for mine,” explains Bergovoy. The combination of practical networking and spiritual offerings seems to be working. At least 40 couples have met and married through the group’s efforts.

Zack and Rachel are one such couple. Within minutes after presenting her daughter Rachel’s profile on a June teleconference, Dvora received a message that a matchmaker in Montreal had the perfect match. A flood of phone calls and emails crisscrossed the country before the two 20-somethings met. Engaged less than three months later, they are now planning their wedding.

The resurgence of the modern matchmaker is not only a Jewish phenomenon. Until recently adults were delaying serious commitment, hoping first to win that elusive promotion. But with the current economic situation, many have turned their search away from making partner to looking for a life partner. A recent New York Times article highlighting this trend reasoned that misfortune creates a need for comfort and company. Matchmaking sites and local matchmakers have seen a huge spike in business: the newly unemployed have more time to devote to their personal lives. People feeling the financial crunch are finding that arranged dates are also less expensive than costly blind dates.

Though our global community is no Anatevka, more than 100 years later it’s clear Yenta was on to something . . .