After anti-Semitic slurs were dropped in Peabody, citizens rally to fight hate 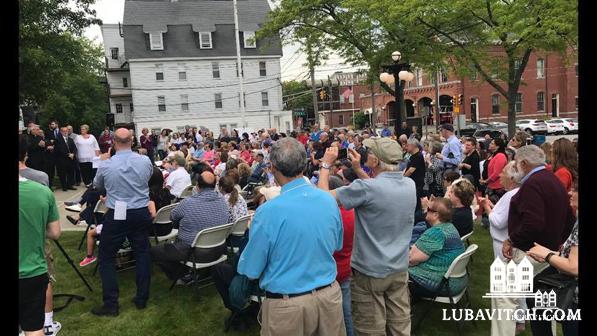 All News
By Aidel Cohen

PEABODY, MASS. – Hundreds bearing supportive signs and Israeli flags gathered at City Hall on Wednesday for a peace rally. The event was the community’s response to an anti-Semitic incident that occurred on Memorial Day weekend.

Mayor Edward Bettencourt Jr. organized the rally after local Chabad rabbis Nechemia Schusterman and Sruli Baron were harrassed by drivers of some passing trucks who called out anti-Semitic slurs as they walked along Lowell Avenue on May 25. Schusterman and Baron said this was not the first time they encountered anti-Semitism.

“It’s not entirely uncommon for religious Jews to be screamed at like that,” Baron said. Schusterman said he encountered similar anti-Semitic remarks in his hometown of Long Beach, California. 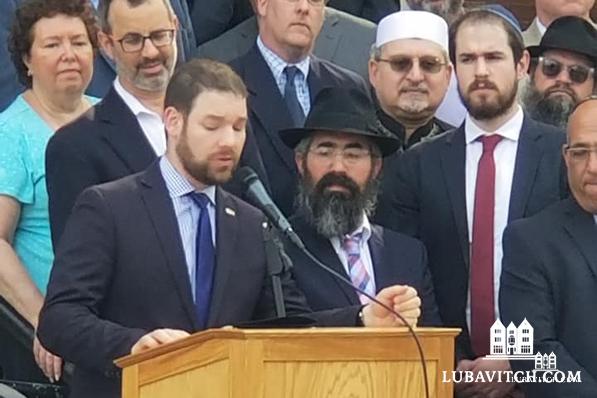 Schusterman shared the story on Facebook, feeling he had to let people know. “Anti-Semitism has been rearing its head more and more,” he said. “Particularly locally in Massachusetts, there were two Chabad houses that had fires intentionally set. Given that our own Chabad house had some windows shot out with BB guns about six months ago, I said ‘I can’t stay silent. I have to say something.’ What I didn’t expect was for it to go viral.”

The response, say the rabbis, took on a life of its own. “It was shared over 300 times with hundreds of reactions. The message resonated. People were genuinely upset, saying we have to do something about it and stand up against this hatred.”

The rally was organized in partnership with Debbi Coltin of the Lappin Foundation, and the Peabody Clergy Ministerial Association. Though another more generic anti-hate rally was scheduled for later in June, the mayor felt that there needed to be a separate rally against anti-Semitism in particular.

“People were incredibly supportive and positive,” Coltin said, “and I think people were really pleased with the response to what happened.”

Representatives of the Catholic and Muslim clergy attended the rally, where Baron presented a mitzvah board on an easel to counter the negativity. “It’s something that we usually do on Chanukah,” he said. “We hand out post-it notes and everyone writes a good resolution and sticks it on the menorah. This time we used it as a call to action from this whole story, to bring our emotions down to something actionable and create some positive, tangible good.” 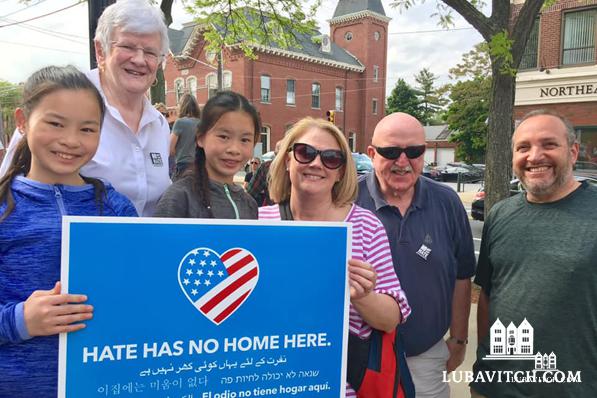 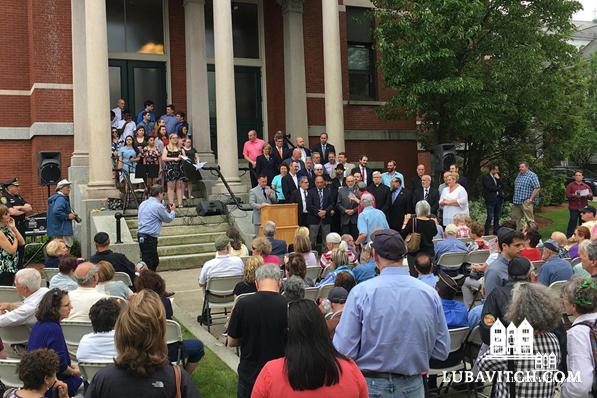