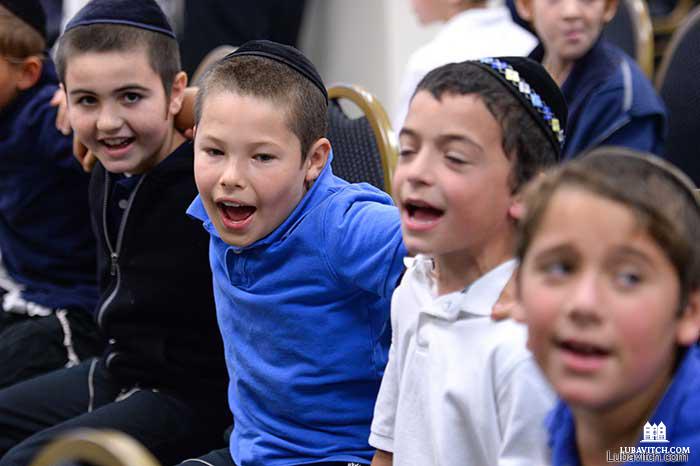 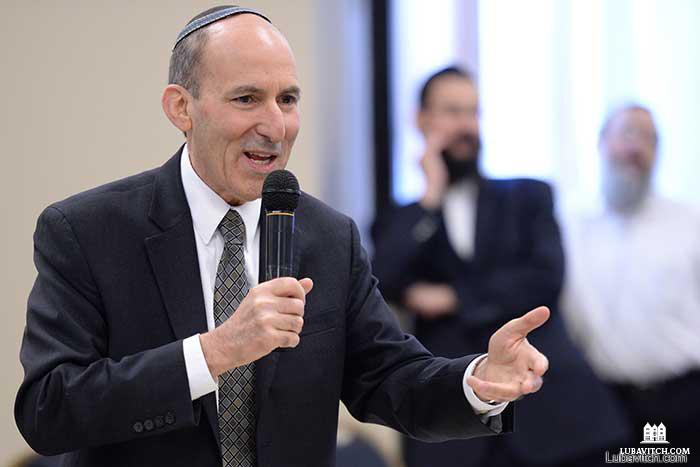 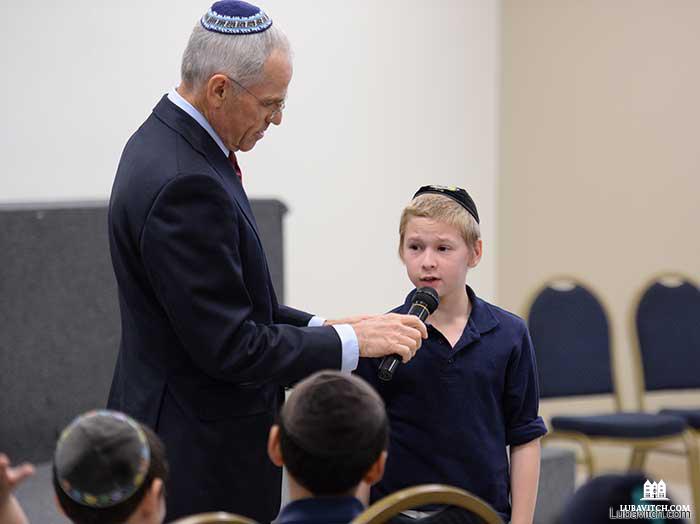 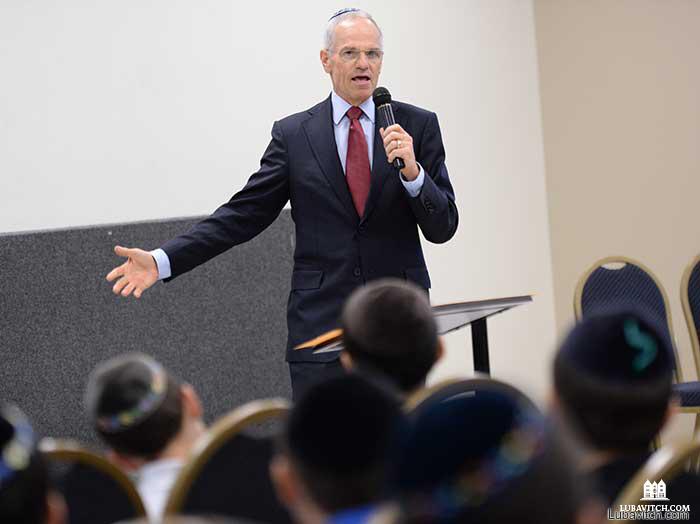 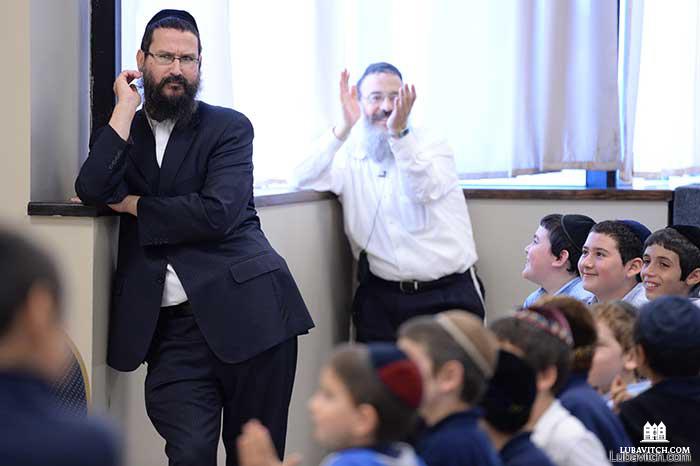 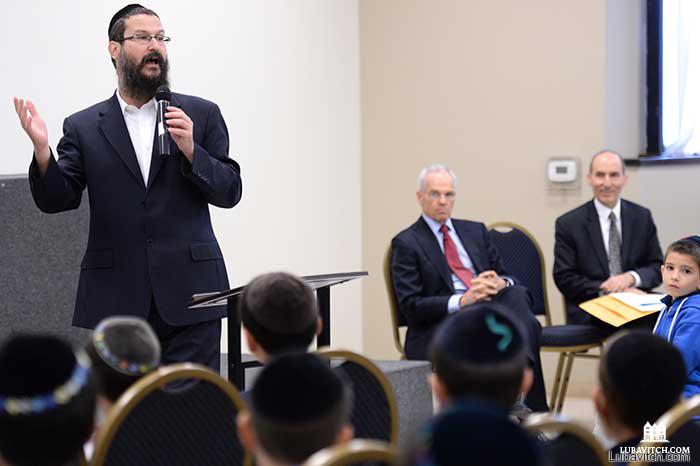 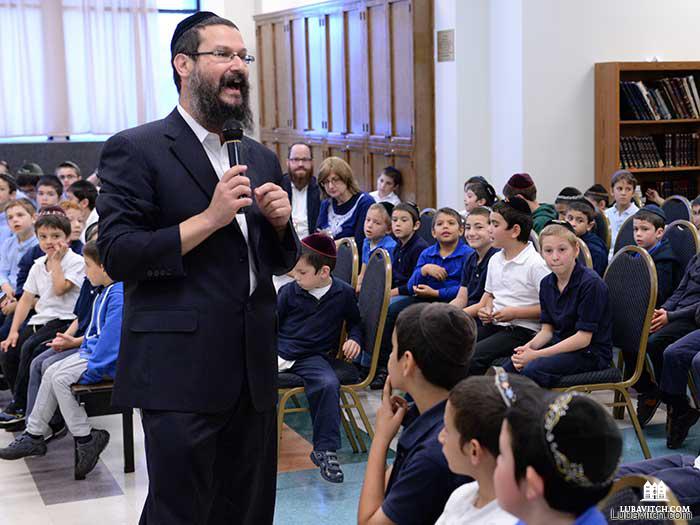 Teachers and students at the Cheder Menachem day school in Los Angeles were called for an assembly on Monday. There was some anticipation as they waited to hear who among their teachers would be awarded the Milken Family Foundation Jewish Educator Award.

Cheder Menachem, named after the Lubavitcher Rebbe, Rabbi Menachem Mendel Schneerson, of righteous memory, in the Pico section of Los Angeles is the flagship boys school of the Chabad-Lubavitch community in the city.

“To me, the most elegant title one can have is ‘teacher’ because teachers change the world,” Milken Family Foundation Executive Vice President Richard Sandler told the assembled. With that he awareded the prize to Rabbi Menachem Mendel Greenbaum.

Greenbaum, the school’s principal, was unprepared. He had expected the award to go to one of his outstanding faculty members. Incredulously, to the roaring thunder of applause from the crowd, he accepted the $15,000 award.

“He has implemented best practices in education, including professional development for faculty, data-driven achievement and evaluation practices, and the integration of computers into both general and Torah studies,” the Foundation explained their decision. “Rabbi Greenbaum has spearheaded expanded development efforts as well as raised important scholarship funds.”

These traits are a shoe-in for the award, which seeks to promote excellence in educational practices, the improvement of schools and the enhancement of the teaching profession. Ultimately they seek “to increase public support and recognition for Jewish day school educators who make outstanding contributions to the development of their students.”

Cheder Menachem has earned recognition for its high caliber educational practices before, receiving the maximum six years of accreditation the central agency for Jewish education in Los Angeles (BJE). “Cheder Menachem is in every area of activity, doing things to achieve its goals,” said the agency’s executive director Dr. Gil Graff.

Rabbi Nochem Kaplan, Director of the education office of Merkos L’inyonei Chinuch, concurred with the Milken Foundation’s decision. “Rabbi Greenbaum is an outstanding principal and a superb educator. Every part of Cheder Menachem has his very fine imprint on it. Nothing is too small, nor is anything overwhelming.”