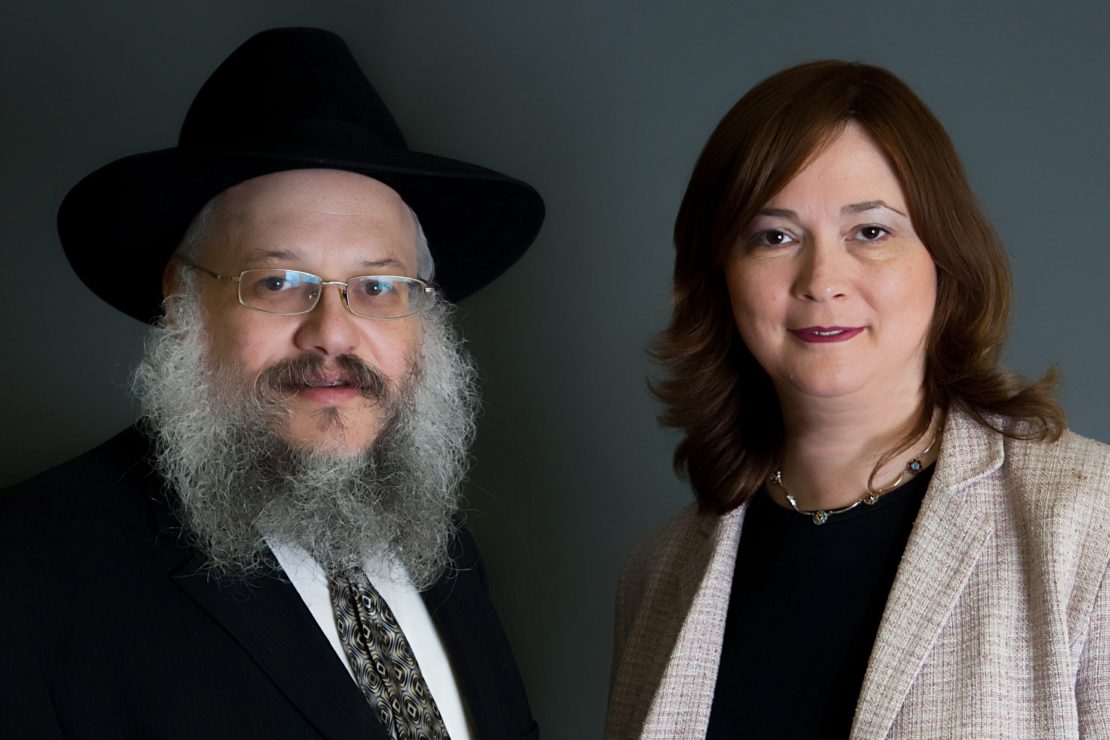 When Rabbi Shimon Lazaroff, Chabad representative to the state of Texas recruited Rabbi Yosef and Rochel Levertov to the capital of the Lone Star state in 1984, Austin had only a fledgling Jewish community. Initially, the couple’s mission was to serve the student body of the University of Texas (Jewish population: 4,000). Since then, they have expanded their efforts to include the greater Austin area, and have hired a young rabbi a (UT alumnus) to serve as the campus representative. A highly-acclaimed elementary school, holiday and Shabbat offerings, and a full roster of classes are only a smidgen of what the Levertovs have provided the Austin community.

And now, says resident Lori Beilinson, “it was time to say thank you.” On Sunday, October 18th, 450 Austinites showed their appreciation for the Levertov’s work at a gala celebratory dinner held at the Bob Bullock Texas State History Museum. Beilinson, who has lived in Austin for the last decade, co-chaired the event with Tami Turner as a way of expressing her personal gratitude to the couple.

“I have never organized a dinner before, and I would never do it again,” she says. “These are the only two people in the world whom I would do it for.” Soon after relocating here, she stumbled upon Chabad’s activities in her search for a Jewish school for her daughter. “People told me ‘don’t send your kids there, it’s such a small school, they won’t have the same opportunities,’ but I put my faith in the process and here we are.”

Today, Beilinson’s daughter is in her freshman year of high school, enrolled solely in Advanced Placement (AP) courses. When she took a national placement exam last year, her score ranked among those of college students. Secular and religious parents explain their decision to send their children to the school (one of two Jewish day schools in town), by pointing to its exceptionally high educational standards, both in general and Judaic studies.

Like the school, Sunday’s dinner drew close to 500 people, from every segment of Austin’s Jewish community. Dinner co-chairs saw the evening as an opportunity to showcase more of Chabad’s activities and programs serving the community.  According to Beilinson 80 percent of those attending were not entirely familiar with the organization’s efforts in Austin.

“This isn’t New York,” comments Beilinson. “People here don’t know who Chabad is. We won’t bite; we won’t turn you into a black-hatter. That’s not what we are about. Chabad encourages everyone to make baby steps to become a better person, a better Jew, at whatever pace they can.”

“A lot of misconceptions were cleared,” agrees Rabbi Levertov of Sunday’s dinner. “The air was electrifying. We stressed that this success is all of our work together, supporting each other.” In addition to the Levertovs, seven individuals were honored for their support of Chabad’s work. Of that group, two are UT alumnae and a third manages Austin’s only kosher food department, a deli and grocery he operates in conjunction with Levertov.

Attendees bid for prizes at a silent auction and mitzvoth at a Paddles Up auction. On the table were lists of 50 distinct activities the Levertovs regularly accomplish, such as making challah and visiting the elderly. Participants vied for the opportunity to sponsor these good deeds. Throughout the evening a significant amount of money was raised towards the Bais Menachem Hebrew Academy and Chabad’s broader efforts.

Jonathan David, a UT alumnus, flew in for the dinner from Israel, where he now lives. Speaking to the guests, he said he counts the Levertovs as his closest friends.

“I live in Israel, but they are only a phone call away, and I know I can rely on them in time of need. Whenever you go through a rough patch in life, you can call them for support and for a new perspective on a troubling matter…..”

But the attorney did more than offer good words. “Tonight,” he said, “I announce that our firm will be donating another $25,000 in honor of 25 years of the Levertov in Austin.”

Beilinson selected the state’s history museum as the dinner’s venue, a location, she says, that “couldn’t be more appropriate. Here we are honoring a quarter-century of the Levertov’s tremendous work at this historic place. They have carried the world on their shoulders for all these years, and now we have a chance to say thank you.”

It is 25 years since he first arrived and Rabbi Levertov is looking to the future. “We want to keep growing and doing,” he says, “for 25 years more and 25 more years after that.”

To support the activities of Chabad of Austin, click here.