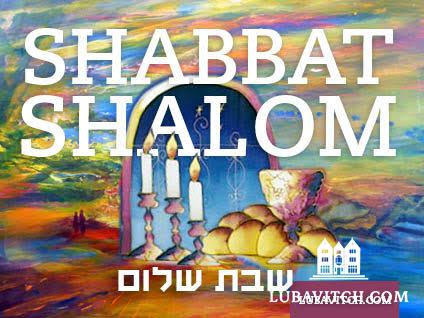 “They brought him down from his solitary confinement cell and put him in a tiny metal holding cage with only a small opening. Through the small metal opening we wrapped the Tefillin on his arm and head. The guards and inmates watched in fascination as the prisoner said the Shema . . .

“I cannot describe the beautiful moment that went on in this terrifying room filled with darkness.”

This was part of an email that I got the other day from a Chabad representative* who went looking for Jews forgotten in prison. He didn’t ask why the inmate was serving a life sentence. He didn’t want to know. “It would prejudice me, and make it difficult for me to reach out to him with compassion,” he told me.

The Rebbe’s representatives travel to dark places, confident in the power of the Torah’s letters, its words and its wisdom to penetrate the soul of even the most hardened. They reach out to Jews in uncomplicated honesty, as the Rebbe taught them to, with the offer of Torah: “Hillel said, be like the students of Aaron, love peace, love humanity, and draw them close Torah.” The Rebbe added, “Draw them close to Torah, not Torah to them.”

Where would we be today if the chain of transmission would have been broken? Or if its protectors would have allowed revisionist ideas to adulterate it? Would a new-age interpretation that renders the Shema no longer relevant, or that dismisses the mitzvah of Tefillin as metaphor, be illuminating to the searching student, the inmate in solitary? Would a Torah depleted of its marrow, deliver to us grandchildren who reflect the soul that has animated our people through the ages?

Shabbat Bereishit marks the beginning of a new cycle of weekly Torah readings. With it comes the invitation to study Torah anew, to “turn it this way and that” and take away fresh lessons hidden within its infinite layers. One of the first “stories” we’ll read is about Adam and Eve in the Garden of Eden. Familiar to any Jewish preschooler, it contains a detail often ignored, but worth pondering.

When Adam fails to keep G-d’s instructions, and when called to answer for his sin, he blames Eve. But in the chronology of events that unfold, Eve is nowhere in the vicinity when G-d speaks to Adam. Indeed, she had not yet come into being! Not having heard G-d’s communication directly, she misconstrues its message with tragic consequences that would reverberate through the end of time.

G-d, says the Midrash, took note of the debacle, and when He next laid down the law at Sinai, He spoke directly to the women, perhaps, among other reasons, so as to avoid the pitfalls of second-hand communication. The bona fide experience at Sinai was so compelling it filled the Jewish people with the strength and tenacity to keep the revelation alive and pertinent to this modern day.

But these days, the transmission is almost exclusively the province of Orthodox yeshivas and day schools. All too many Jewish schools no longer teach Torah and Talmud texts, preferring contemporary secondary and tertiary sources, and privileging creative interpretation over the rigors of traditional Torah study. Indeed, it was here on Lubavitch.com that a Reform rabbi lamented his training at HUC: “They taught us that Talmud was irrelevant and archaic, that Tefillin was a metaphor,” he said with regret.

With information so easily accessible today, there is also the illusion that one needn’t labor over a primary text, grapple with its Hebrew or Aramaic, to acquire knowledge, much less to have an opinion. Fingertip google searches and translations—even among academics—now replace years of direct engagement with texts by which students gain scholarship and humility in the face of Torah’s unattainable depths.

The facile approach to the study of Judaism’s primary sources is partly to blame for the crisis of Jewish continuity. When teachers who have not mastered a folio of the Talmud or a Chasidic discourse in the original, who are not trained in Torah interpretation, are entrusted with the communication of Judaism, their students are cheated of an authentic Torah learning experience that alone can provide them with the knowledge and skills to relate it to their identity.

The start of a new school year is a good time for purveyors of Jewish education to ask themselves how well they answer to consider the Baraita of Pirkei Avot, (6:6) which enumerates 48 qualities for “acquiring Torah,” among them awe, humility, patience, good heartedness, knowing one’s place, love of humanity, charity, justice, learning in order to observe, precision in transmitting a teaching.

As we worry about the number of young Jews who fall off the radar, we need to take a critical look at how Judaism is conveyed: Do we empower students with a direct Torah learning program or are we degrading the experience with a glib approximation? Are Jewish schools producing students who can interface intelligently with their identity or will they lack the knowledge and skills to communicate it forward faithfully?

As you learn about the work of Chabad representatives, in the Australian outback, on the American college campus, in prison or the concert hall, you may wonder at their ability to be so effective, so consistently. But there is no mystery here. Many years after his passing, the Rebbe’s legacy, his convictions, if they still need vindication, have been tried and tested and proven true: when we are as the students of Aaron, reaching out with love to draw the people close to it, Torah will reveal an uncommon capacity to elevate fallen souls and noble spirits.