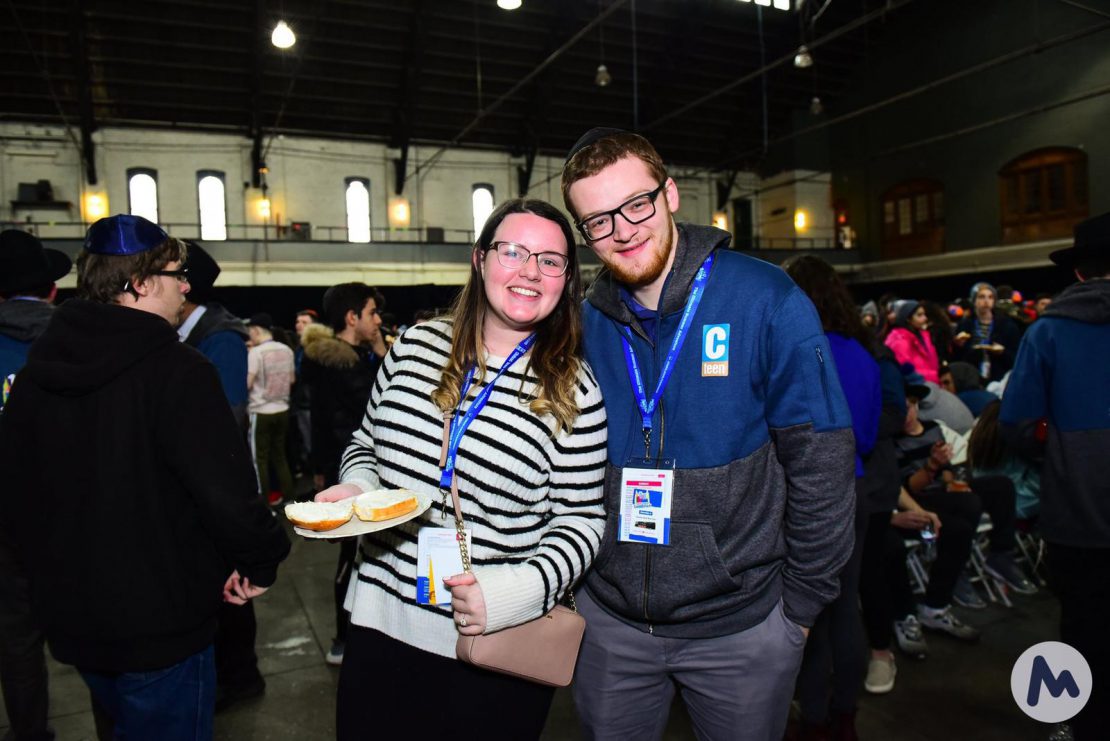 All News
By Rachel Wilkes Goffstein

Rachel Wilkes Goffstein has recently been hired as the Director of CTeen in Hallandale, Florida. She spoke with Mussi Sharfstein about her journey.

I grew up in a conservative household, the kind where we’d eat kosher at home, but not out. My family started attending Chabad services when I was four, after Rabbi Zalman and Shana Korf moved to Walnut Creek, Florida. They encouraged us to attend services and my mom, being the social dynamo that she was, liked to go. So, every Shabbat, my mom and I would walk to synagogue while my dad drove off to work. That’s what our Shabbat looked like and I’ll be honest, it was a little confusing.

When I was eight, Rabbi Zalman introduced us to Rabbi Levi and Dassy Tennenhaus of Chabad of nearby Hallandale Beach and I went to Camp Gan Israel there. I loved it, of course. Soon enough, I was enrolled in Bat Mitzvah Club with Dassy. We learned Torah and had so much fun doing it. My parents may not have been practicing but they valued the studying I was doing. 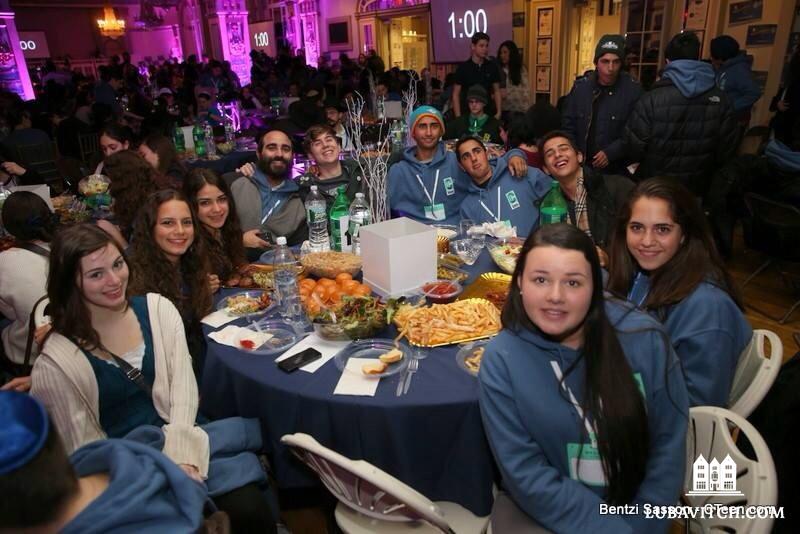 Your relationship with Chabad seemed to grow along with you.

Yes, when I was thirteen years old, I joined their CTeen chapter. And I don’t think there was a more enthusiastic participant anywhere than I. When Rabbi Levi was considering cutting down on the CTeen programming for lack of teens, I really fought for it to continue and constantly pushed for more. He couldn’t say no.

That’s the winter I met the guy who would, some years later, become my husband. I met Joey at the CTeen International Shabbaton in New York.

Where is Joey from?

He’s from Teaneck, NJ and got involved with CTeen there, led by Rabbi Michoel and Rivky Goldin. He wasn’t excited about Torah back then but Rabbi Michoel convinced him that at least he’d have a fun time at the event. You’d never believe it if you knew him back then, but today he wears a black hat.

It was a casual hi-nice-to-meet-you-now-bye type of meeting, nothing more, but we did become Facebook friends.

I met him again on the next Shabbaton and we had a similar interaction.

That summer, when I was sixteen, I went on the CTeen Xtreme travel camp which was a big deal for me, because it was only girls.

That was the summer when I resolved to start dressing tzniyut,modestly. It was only supposed to be for a year but I haven’t stopped since.

From camp, I went straight to Crown Heights and worked at CTeen headquarters for the rest of the summer. Being surrounded by an observant community, I naturally started eating only kosher, observing Shabbat and praying daily. I came home a changed person.

Meanwhile, I saw on Facebook that Joey was going to a yeshivah in Israel for a year and I called him up to wish him success in his new adventure. We never finished the conversation. It continued pretty much every day for hours on end despite the large time difference. We started dating the next year.

So you and Joey were kind of on parallel tracks?

Not entirely. Joey was doing well in yeshivah but I was getting in trouble at my Conservative school. The teachers were not happy about my new habits. Long skirts weren’t part of their uniform. So I got sent to the principal’s office every day for about three months. My mom was staunchly on my side, supporting me in my decisions, and arguing my case in school. She was the one who encouraged me when I started questioning if I could keep up my new practices, when I felt like I was missing out by observing Shabbat or isolating myself by eating only kosher. She had grown up more religious and I think she was proud to see me returning to our family roots.

She died in October of that year and my world died with her.

The rest of the year was so painful, I tear up thinking about it. 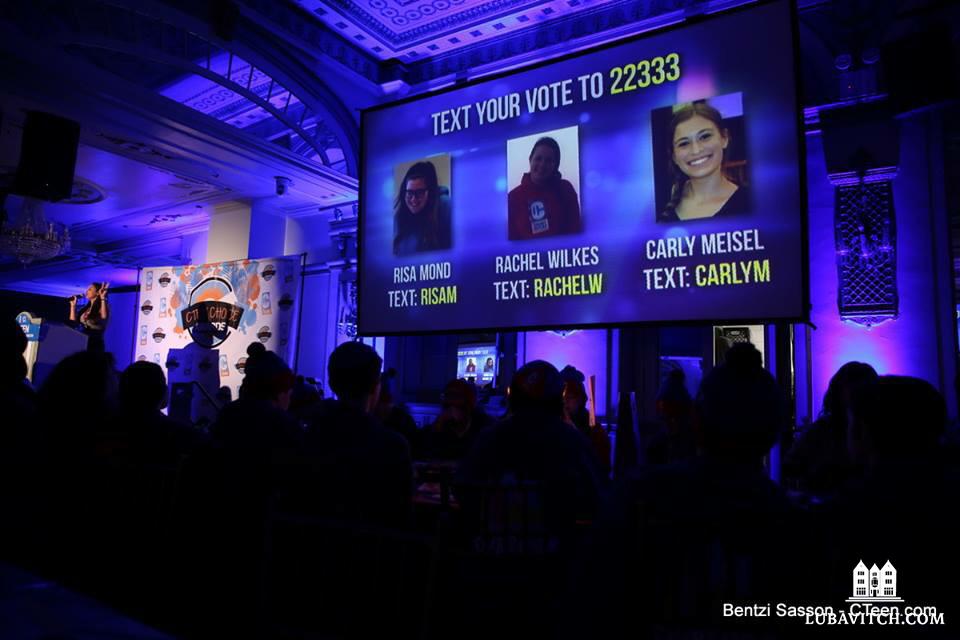 Voting for Leader of the Year

How did you move forward after this loss?

I got so much support from my community, from CTeen, and from my dad and sister who realized that now that mom was gone, I needed them to back me up in my spiritual journey.

Maybe mom had completed her mission in life. Maybe that mission was to support me on my path my Jewish roots. Maybe.

I threw myself into CTeen to keep me strong during that horrible time. I became part of the international leadership board and was nominated twice as leader of the year. I joined the editorial board of CTeen’s magazine.

Did you have any ‘aha moments’ along the way?

It all sort of coalesced for me when I joined CTeen’s Heritage Quest in the summer of 2016. We toured Poland and Israel. Walking through Auschwitz and seeing the national devastation touched me deeply as I struggled with my own personal tragedy. It may have been too soon for me, I was still so raw, but the trip really cemented the belief I had in G-d.

I went the next summer as a counselor for the CTeen Leadership Retreat. It’s amazing what kind of impact the retreats have on the participants. Years later, girls tell me that I inspired them to observe more mitzvahs or even connect more deeply to their Jewish identity. Not many people can say they inspired someone like that, but that’s what CTeen is. It changes people’s lives.

From high school, I went to a seminary in Israel and then on to Yeshiva Universiy’s Stern College for Women.

Joey and I got engaged, and we were over the moon with joy. 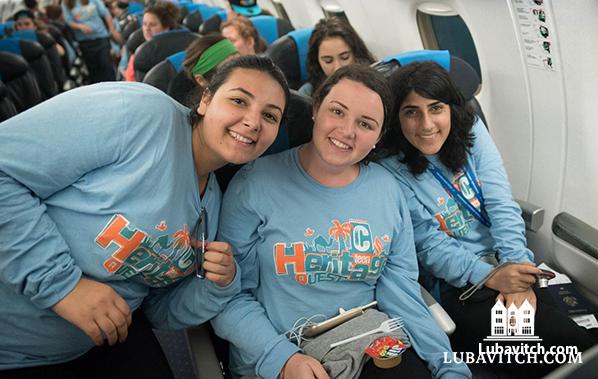 Rachel (center) on the Heritage Quest Israel and Poland trip.

Thank you. We were still so fond of CTeen that we chaperoned the latest Shabbaton together last February, it was a really special time for us. I was on cloud nine as we prepared for my July wedding.

But then it all collapsed.

This past Passover, my dad passed away suddenly. He was a pillar of the Jewish community. He was the one who grew the synagogue to make it what it is today. He was admired by everyone and had a close relationship with Rabbi Zalman. They’d go to the gym together and then study Torah. I would even say the rabbi was Dad’s closest friend. The amount of people, especially Chabad rabbis, at his funeral attested to his dedication. One rabbi drove three hours to be there.

We went ahead with our planned July wedding. We knew it’s what Dad would have wanted. But I won’t say it was easy.

Joey and I had planned on living in New York but we, and my sister in Colorado, came back to Florida to take on the family business. 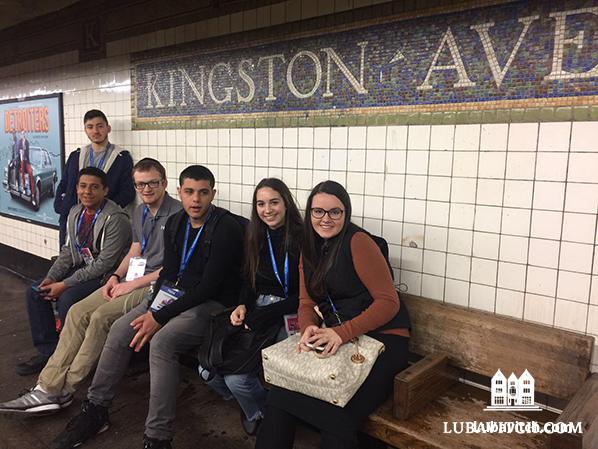 And you are also living and working in Florida.

Yes. It all came full circle when, just a few weeks ago, my husband and I were hired by Rabbi Levi and Dassy Tennenhaus to direct their CTeen chapter. After all this history, and for all that we both owe CTeen, it only feels right.

I get to engage with local teens who were just like me. They’re the kids I grew up with, who went to similar schools as I did. Dassy says we can relate to them like no one else can.

I’m just grateful to be able to give back to the emissaries who did so much for me, who brought my husband and I together, and who really made me who I am today. 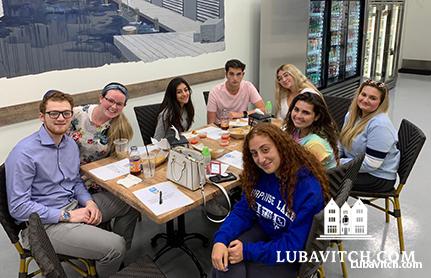 Joey (first from left) and Rachel (second from left) at a CTeen planning meeting in Hallandale, FL