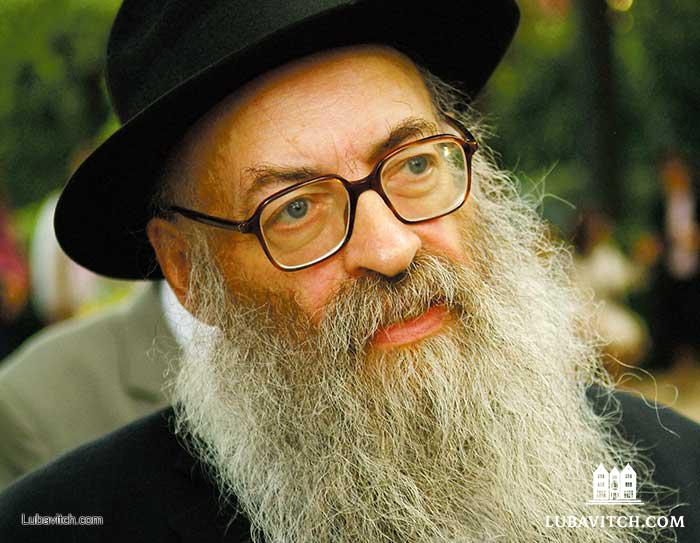 Rabbi Shmuel Azimov, director of Chabad-Lubavitch in Paris, France, passed away this morning after a stroke. Azimov built more than three dozen communities, but will be remembered for the personal bonds he developed with thousands who regarded him as their personal mentor.

Azimov, known by all as Reb Muleh, was born to Rabbi Chaim Hillel and Risha in the Soviet Union. His parents smuggled across the border with Polish refugees after WWII and moved to Paris where his father headed the Chabad day school in the city for more than thirty years.

In 1964, as a student in the Chabad Yeshivah in Brunoy, France, he began to organize activities to reach out to the Jewish youth in the Paris area. He established Torah classes for college students, and made arrangements that would allow them to spend weekends at the Yeshivah and have an immersive Shabbat experience. Shortly thereafter, he traveled to New York for his first personal audience with the Lubavitcher Rebbe, Rabbi Menachem Mendel Schneerson, of righteous memory.

“I was one of three Chabad boys from Paris who dormed in the yeshiva. After returning from my first visit to the Rebbe, the three of us were instructed to start our activities as emissaries in Paris while continuing our studies in the yeshiva in Brunoy. So every Shabbat, we would return to Paris. There were many children of Holocaust survivors who assimilated. But we reached some, we began to learn with them, to teach them, and eventually, they joined us in the yeshiva in Brunoy,” he recalled in an interview with Lubavitch International.

In 1968 he married Bassie Shemtov, the daughter of the Chabad activist Rabbi Bentzion Shemtov, the Chabad leader in London and involved in the activities in Paris. Shortly after his marriage in New York, at the direction of the Rebbe, he moved back to Paris and began his activities in the city. At first he reached out to Jewish students in universities. His wife began a host of educational and social programs for the Parisian families.

Of the university students, a core group became regulars at his classes. This group became the founding members of his community in Paris, a fulfillment of the Rebbe’s response to him when he asked that additional Chabad representatives be sent to Paris: “You will teach them and they will become leaders.”

This way Azimov transformed Chabad in Paris and its suburbs, encouraging those with knowledge of Judaism to become leaders in their community, while continuing in their occupations during the day. “For me moving it was moving to Fontenay-sous-Bois to open a Beth Loubavitch, while continuing to be a full time doctor,” says Rabbi Dr. Daniel Danan. “It was only through Rabbi Azimov’s strong influence on who we were that this was at all possible.”

Azimov did not dilute the warmth and depth of the teachings of Chabad. He would lead classes and infuse them with an authentic Chasidic spirit, all the while coaxing his mentees to challenge themselves to greater spiritual growth, Torah study and Jewish commitment.

“There was nothing like being in the presence of Rabbi Azimov. It was never about him, it was about G-d, about Judaism. I needed to be by him at least once a year,” said Danan.

He cultivated Jewish communities in the Paris vicinity, grooming some 200 Chabad representatives who served in various districts and functions. In his 2012 interview with the editor of Lubavitch International, he was asked about his leadership style: “If I know them, I have a sense of how each of them can put their strengths to work. It helps to know what each one wants to achieve from his mission. It helps to know what responsibilities are suitable for each one.”

Yet, he humbly stated that when things don’t work out as he planned, he would gently steer them into another, more suitable position. “There’s enough work here for everybody, so that if someone isn’t doing well in one area, they adjust to something else.”

Azimov built an educational system that today counts over 2,000 students in Paris. For many years he taught in the day school for a half a day, overseeing the huge Chabad infrastructure in Paris the rest of his time. He arranged deliveries of kosher food for Jewish kids in Paris’s local private and public schools.

When asked by a reporter what the key to his success was, his wife said. “You need to be stubborn about teaching Judaism. He never gives up on anything he wants or any person. There is nothing that he feels is below his dignity, he will do anything that is needed. There is a need for a teacher of small children, he is a teacher. Someone needs a home visit to deal with some minute issue, to affix a Mezuzah or the like, he is more than happy to go.”

But the rabbi had another take on the phenomenal success of Jewish life in Paris, credited to him: “The success here is because of a philosophy. Our goal was to reach out to every individual on a personal level . . . whether a child, a university student or a doctor, it was with patience and complete devotion to that person.”

Rabbi Azimov is survived by his children Rabbi Mendy Azimov, Rabbi Levi Azimov and Esther Golda Marozov, each of whom leads Jewish communities in Paris.

Related Articles
View All
A Teacher in Paris: Rabbi Shmuel Azimov
Emissary of the Rebbe to Paris since 1968, Rabbi Shmuel Azimov, who passed away Wednesday, November 5, 2014, was credited by many for the sweeping…
Get Inspiration to your inbox!
Newsletter
Join our weekly newsletter for inspiration and updates
Donate
Find Your Local Chabad Center
Chabad
About Chabad-Lubavitch
About Chabad Lubavitch
The Rebbe
Headquarters
Magazine
Magazine
News
News & Updates
In The Media
Impact
Social and Humanitarian
Social and Humanitarian
Education
Education
Community
Community