Latkes and Lights at the Oregon Zoo 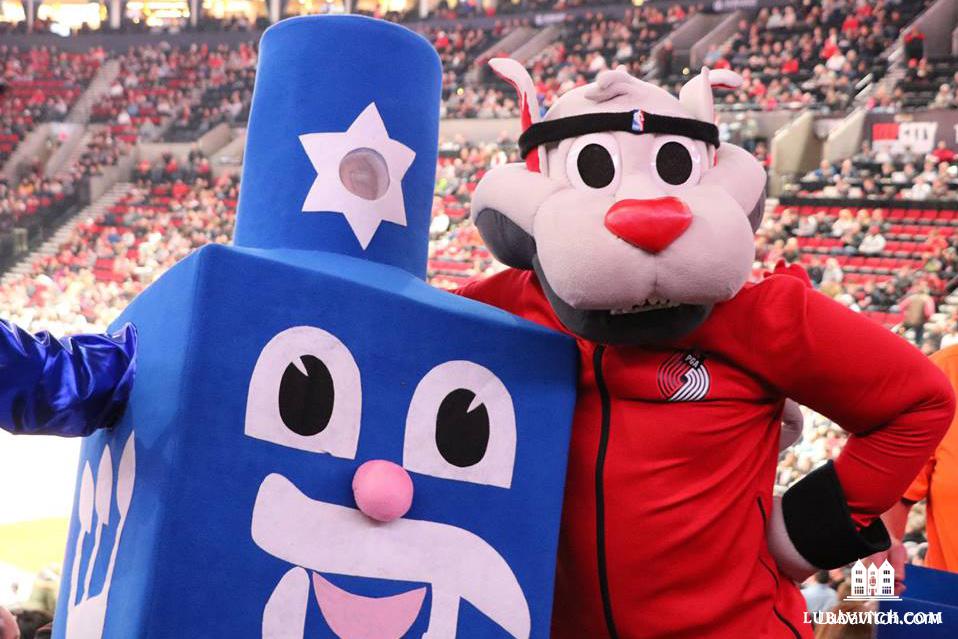 “Bring your children for a holiday breakfast at the Oregon Zoo.” Rachel Hall, a Jewish mom of two young children read the email last month and immediately replied. “That sounds fun. Would you consider hosting a menorah lighting ceremony for the Jewish community?”

Rachel is a program manager at the Union for Reform Judaism. She works to build inclusivity daily and is responsible for bringing diversity and equity to the Portland area. “It’s important for our children to have their faith and culture represented in public events,” she says, noting that the breakfast was part of Zoolights, a program that runs from November to January, outside of the zoo’s regular opening times, and allows members and visitors to view its more than 1.5 million speciality lights.

Rachel’s two children have attended The Gan-Portland Jewish Preschool, run by Chabad for the past three years. The Halls have a warm friendship with the Wilhelm family of Chabad of Portland and attend many of Chabad’s programs. So when she received an affirmative response from the Oregon Zoo, Rachel put them in touch with Rabbi Chaim Wilhelm of Chabad of Northeast Portland. “They are so open-minded and willing to work with anyone; I knew they’d be the ones willing to stick their neck out for Jewish pride,” she said.

And so, on the final night of Chanukah, this past Sunday, the Oregon Zoo and Chabad of Northeast Portland hosted their first ever “Latkes and Lights” event. Despite the rainy weather, 100 families came out to enjoy latkes, play dreidel and take pictures with dreidel man—a Chanukah character who last year made an appearance on the Late Show with Trevor Noah. Rabbi Chaim Wilhelm, Chabad’s director lit a large menorah in the square around which the elephant enclosure is wrapped. “The idea of the zoo embracing our community and hosting their own Chanukah party here, is heartwarming,” he shared with Lubavitch International.

Five-year-old Judah Hall has just begun attending a public Kindergarten. “It’s his first year noticing there’s a difference between himself and many of his classmates, especially at this time of year,” Rachel says. With recent events in Pittsburgh still playing on her mind she is grateful that Chabad and the zoo came together “for an event that shares love, light and Jewish pride with our children.”

For more information and to support Chabad of Northeast Portland, please visit www.JewishNortheast.com. 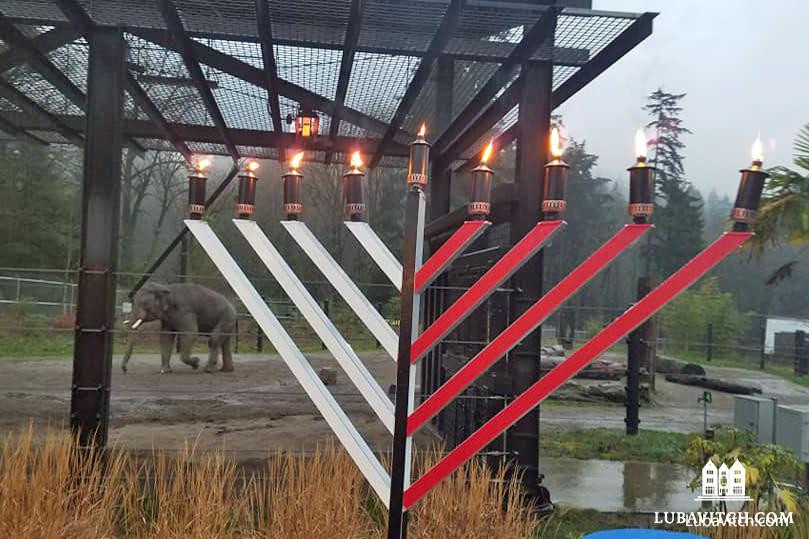 The menorah stands before the elephants at the zoo, representing victory over opresssion (the Syrian-Greeks in the original Chanukah story rode on elephants) and inclusion in a diverse world.