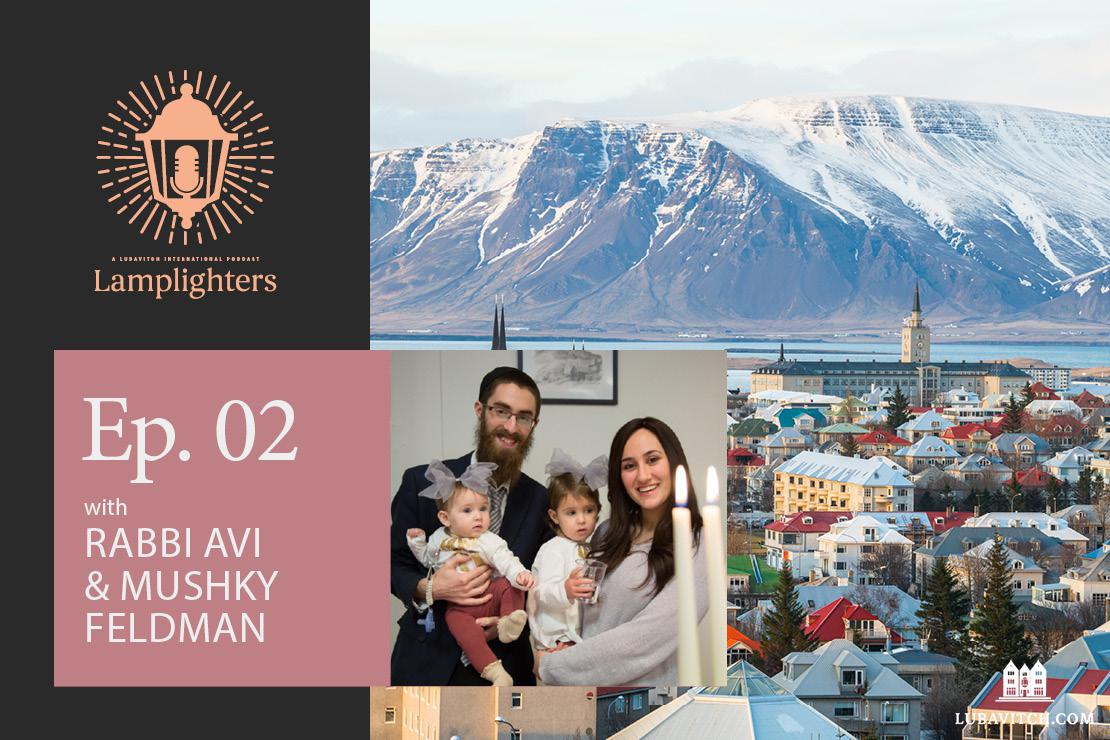 Chabad-Lubavitch Headquarters drops the second episode in its series of podcasts about the personal struggles and achievements of Chabad representatives.

In Episode 2 of Lamplighters: Stories From Chabad Emissaries On The Jewish Frontier, reporter/producer Gary Waleik tells the story of Rabbi Avi and Mushky Feldman, Chabad emissaries to Iceland, who persuaded the government there to officially recognize Judaism. This has opened up a new world of possibilities for the Jewish community, which was originally estimated at 30-40 people. But, in just three short years, the Feldmans have touched the lives of several hundred Icelandic Jews.

Lamplighters: Stories From Chabad Emissaries On The Jewish Frontier is producing a series of moving, beautifully produced, sound-rich and often surprising stories of Chabad emissaries and the people they inspire in every corner of the world.