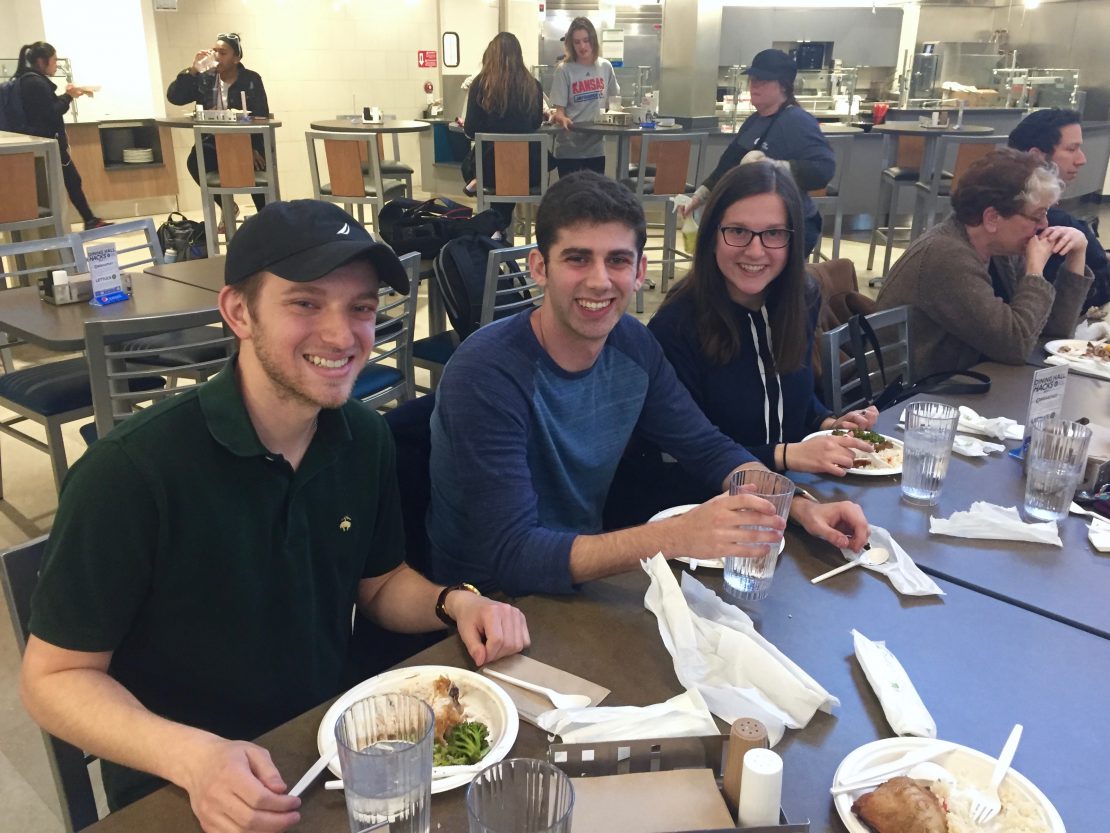 Jewish students and professors make up about eight percent of the general population at the University of Kansas. Following the fall college break, they were welcomed back with the opening of its first ever entirely kosher kitchen at Oliver Hall.

The kitchen is the outcome of a conversation between Rabbi Zalmy Teichtel of the KU Chabad Center for Jewish Life with Mr Mark Petrino, Director at KU Dining, who were both aware of the need to cater to the growing Jewish population.

“A college in the middle of Kansas was not a logical destination for kids who grew up in large Jewish communities, like Chicago or Minnesota a few years ago, but as Chabad has grown, the Jewish community here has grown and with it the need for jewish infrastructure,” Zalmy explains.

When restructuring of the dining facilities on campus put the kitchen at Oliver Hall out of commission, it presented an opportunity too good to pass up. “Once the new facility was open, KU Dining and KU Chabad decided to repurpose the original Oliver kitchen,” states an official KU press release. They worked together throughout fall 2017 to create a new space—and dining option—for the entire KU campus.

“The meals have been very well received,” says Mark, and plans are on the drawing board to expand the once a week dining-in service, and include packaged meals for retail and the sale of Kosher hot dogs and corned beef at campus retail locations. “Not only do we get students on the college meal plan, we get professors and students who pay to eat from the kosher kitchen. For some it’s their first time trying kosher food.”

Zalmy says, “We’re so thankful to the incredible people at KU Dining who are partnering with us to provide this incredible service for so many of our students, who now have an opportunity to come and get a delicious kosher dinner.”