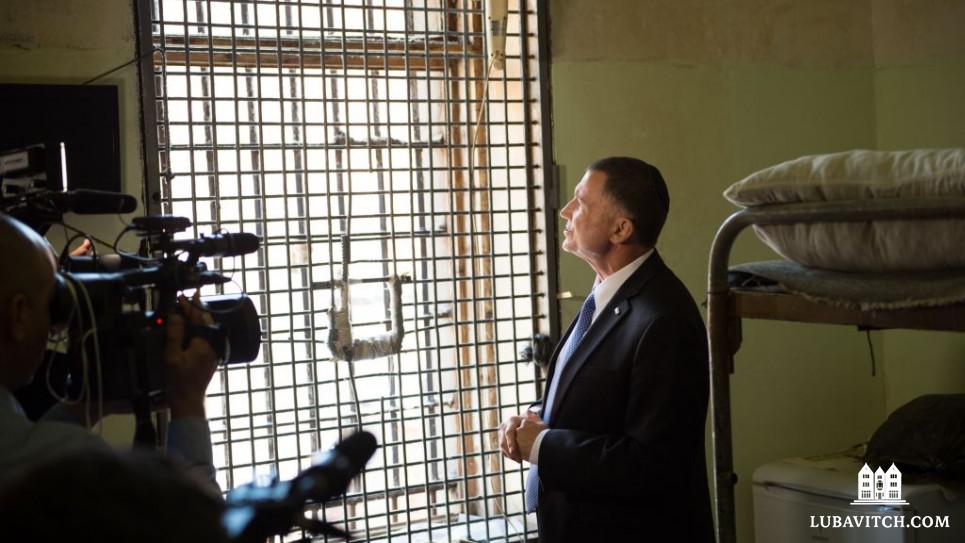 Israeli Knesset speaker Yuli Edelstein recently paid a visit to a place where he was once kept captive: the infamous Butyrka prison in Moscow, the site of his three-months-long incarceration in 1984. It was there that the Ukrainian-born Edelstein, who was arrested on fabricated charges of drug possession (a cover for his true “crime” of teaching Hebrew), awaited a trial and a sentence of three years of hard labor.

Edelstein’s visit to Russia marked thirty years since his release from captivity. Before concluding his tour, he attended a gathering at Moscow’s Metropol Hotel organized by the Federation of Jewish Communities of Russia. There, he shared his story with the Jewish community members in attendance.

Russia’s Chief Rabbi and Chabad emissary Berel Lazar reminded guests of the difficulties for Jews during those years, when “no one dreamed of publicly displaying their Jewishness in Russia.” Mr. Edelstein, he told the guests, sustained his Jewish identity with pride despite in the face of persecution.

Edelstein recounted his struggle to observe mitzvot such as prayer and tefilin every day while imprisoned. He described a secret brit milah that was performed by the famous Chabad mohel “Reb Mottel the Schochet,” who risked his own safety to perform the Jewish ritual despite the KGB’s watchfulness, and spoke of the personal sacrifice he’d seen from other chasidim, who fought to keep Judaism alive at great risk.

Later, Edelstein joined an event with 600 Jewish students from Chabad’s YAHAD youth network in honor of 3 Tammuz, the Lubavitcher Rebbe’s yahrtzeit. His hope, he said, was that they’d take inspiration from his story and maintain their Jewish pride.