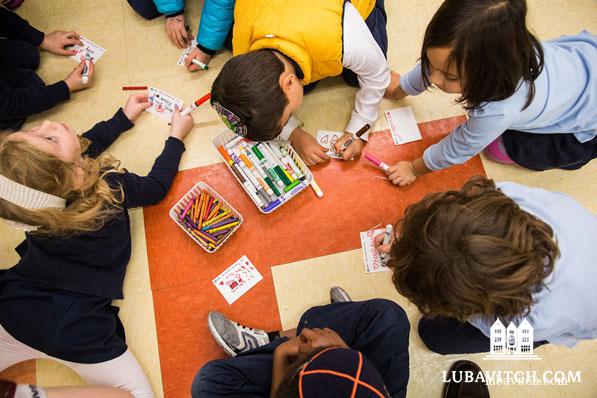 A group of second graders sit in a circle in a colorful New York City classroom as their teacher leads them in a guided meditation of the Adon Olam prayer. Weaving in Hebrew words from the prayer as she describes trees, animals and people, the teacher asks the children to imagine a world stripped of these basic earthly elements.

“Close your eyes,” she continues, “what do you see?”

The Chabad teacher goes on distilling the philosophical concept of G-d’s omnipresence for these youngsters. They have no trouble with the original Hebrew text. 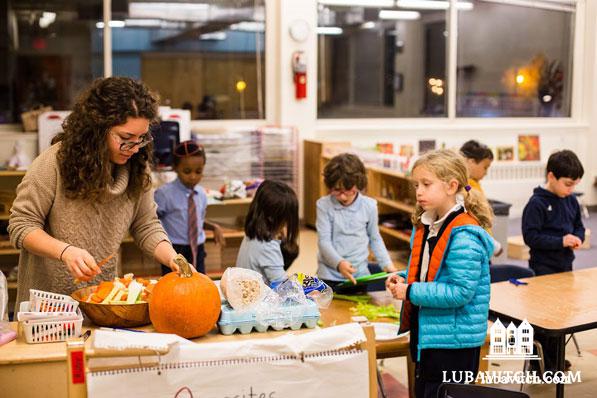 Judaic instruction that uses original Hebrew texts is rare enough in America, with just a few day schools focusing on the Ivrit b’Ivrit model. For a supplementary Jewish instruction program aimed at non-native speakers, it is practically unheard of.

But Kivun’s program is exclusively designed for public school children attending Harlem Hebrew Language Academy Charter School. The publicly funded, privately managed school which opened in 2013 serves around 300 children in grades K through 3. About 40% are Jewish, and thirty are enrolled in Kivun. Twice a week they are picked up from Harlem Hebrew and bussed to Chabad of the West Side for a 90-minute class.

The school’s partnership with Chabad came about to fill a gap, the result of rules barring public schools from “encouraging or discouraging religious devotion or instructing students in any religion.” While it can and does teach about Israel and its culture, there may be no instruction of Judaic teachings or traditions that yeshivas and private Jewish day schools offer.

The Avi Chai Foundation’s Census of Jewish Schools found that most American Jewish children receive their primary Jewish education through Jewish supplementary schools like the traditional Hebrew school. According to the 2013 Pew Report, nearly 60% of American Jews have had some (non-day school) formal Jewish education, with lukewarm long-term results. Today, about 90% of non-Orthodox Jewish children attend public schools, and only three percent are enrolled in Jewish day schools (the rest attend secular private schools).

Harlem Hebrew is part of a network of nine free, dual-language public charter schools around the country under the auspices of the Hebrew Charter School Network (HCSC). Although constitutionally prohibited from teaching religion, these tuition-free schools draw many Jewish families excited about the prospect of Hebrew language proficiency. With private school tuition often prohibitive, many parents see the Hebrew charter school/Judaic afterschool model as a viable alternative. Others who would normally choose a Jewish day school, have children with learning or behavioral issues who need services only available in publicly funded institutions. Still others, including a large number of Israeli-Americans, are attracted to the idea of a fully immersive Hebrew language education coupled with cultural Israeli pride.

David Gedzelman, president and CEO of the Steinhardt Foundation for Jewish Life, the primary philanthropic donor funding the HCSC and its affiliated Hebrew Charter Jewish Enrichment Network, sends two of his children to Harlem Hebrew and Kivun. He and his wife were interested in their children becoming fluent in Hebrew. “We want them to have the option of making successful aliyah,” he said. “When they speak Hebrew, they’ll sound like Israelis, not Americans.” To their delight, their twins in first grade, are already becoming familiar with Hebrew words and expressions.

Sarah Alevsky, founder and director of the program, says that Kivun is attracting families from a variety of backgrounds. “Some are Israelis, others from other countries overseas. Some are more observant than others. But Jewish education is important to all our parents.” 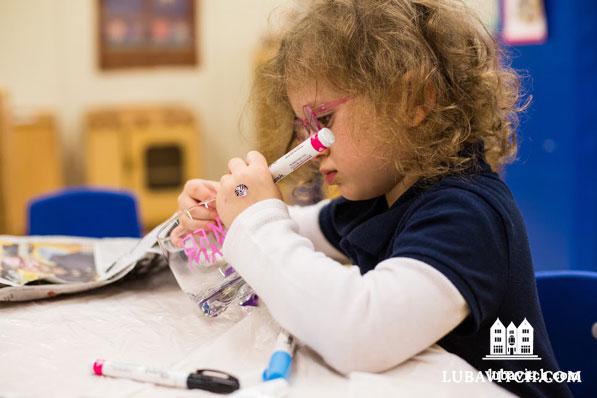 A strong Judaic program that would complement the charter school’s offerings was a must for some parents. When David Fishman, a Jewish History professor at the Jewish Theological Seminary, and his wife were looking into schools for their daughter Sonja, they found Chabad’s strong Jewish enrichment after hours “far superior to a regular once-a-week Hebrew School for public school children.”

Gedzelman agrees, praising the program as “an extension of his children’s school learning” and as a comfortable fit with his family’s religious practice. His open acclaim of the sophistication and quality of Chabad’s program is echoed by other parents and educators.

“We believe that every Jewish child deserves an exceptional Jewish education.” To be sure, concedes Alevsky who also runs a traditional Chabad Hebrew School, a Jewish day school will provide many more hours of content. “But ultimately people make their own decisions about where they send their kids to school. The reality is that there are going to be hundreds of Jewish children in Hebrew charter schools and it is our obligation to provide these children with the best education possible.”

Rabbi Shlomo Kugel, who founded Chabad of the West Side in 1984, says Kivun was “a natural extension of our whole mission, broadening the way people experience Judaism.”

Alevsky has developed and employs innovative educational models that maintain Chabad’s trademark warmth and authenticity. As a “very creative and open-minded educator,” said Gedzelman, “she has more than satisfied the Jewish Education Project’s demanding criteria for funding and its rigorous set of curriculum objectives.” The first of the after-school programs to initiate the design-thinking process, Kivun created a prototype that has since been held up as an example to other programs within the Hebrew Charter Jewish Education Network.

The program uses a three-pronged educational approach including the Hebrew Proficiency method, the workshop model and a unique core curriculum, and builds upon what students learn at Harlem Hebrew. “These same ‘three pillars’ as Hebrew Harlem calls them, build on the Hebrew language acquisition, integrating language learning with exploration of Torah and celebration of holidays,” said Alevsky.

Lev Kropsky, a Kivun parent, appreciates that the program focuses on teaching concepts as well as observances. “Before Yom Kippur, my daughter, Abby, came home with an ‘I’m Sorry’ note,” he recalls. Kropsky, who grew up in a “fairly engaged Jewish family” and attended Orthodox day schools, was delighted that the Chabad teachers were so relatable. “Learning about the whys instead of just the hows tells the children: ‘this is who we are’ not just ‘this is what we do.’”

Proactive in her educational model, Alevsky assesses what parents expectations are, and facilitates meaningful discussions to determine how best to meet those goals. “In our ‘hopes and dreams’ conversations with parents at Kivun, we discovered that the families would like their children’s Jewish learning to be applicable in their daily lives and that the parents would like to learn alongside their children as a family,” she explains. 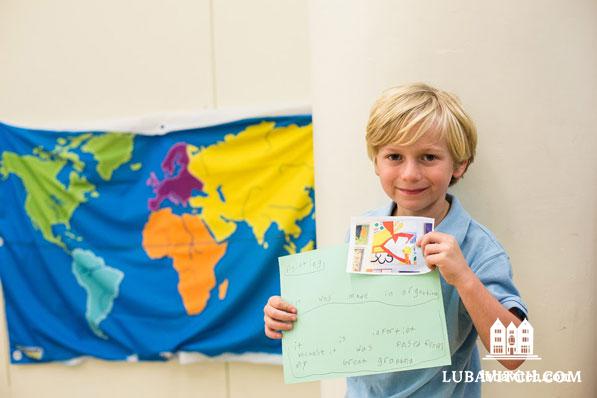 So the children are encouraged to consider their neighborhood, the microcosm of life that is Manhattan, as a way to learn about the relevant ritual, theological, and life cycle components all around them. Through visits to local businesses, offices, synagogues, organizations and parks, they engage in interactive, hands-on learning. When they learned about the mitzvah of bikur cholim, visiting the sick, they went to visit a local physician to hear about how important it is to care for friends and family when they get sick. Upon their return they made homemade chicken soup, and get-well cards for the doctor to distribute to his patients.

“We found common ground in what our parents wanted from their children, and in what we felt was important to share with them,” Alevsky says. “It’s almost like a dance balancing everyone’s ideology—but it’s very rewarding.”

Jennifer Zweibel, mother to seven-year-old James, agrees. “Kivun was able to create an environment with acceptance and openness to where people are coming from. They know what we want, and they are really trying to build a solution that will fit everyone’s needs. They do a beautiful job of weaving together core Jewish learning and Jewish values into how we live our lives on a daily basis.”