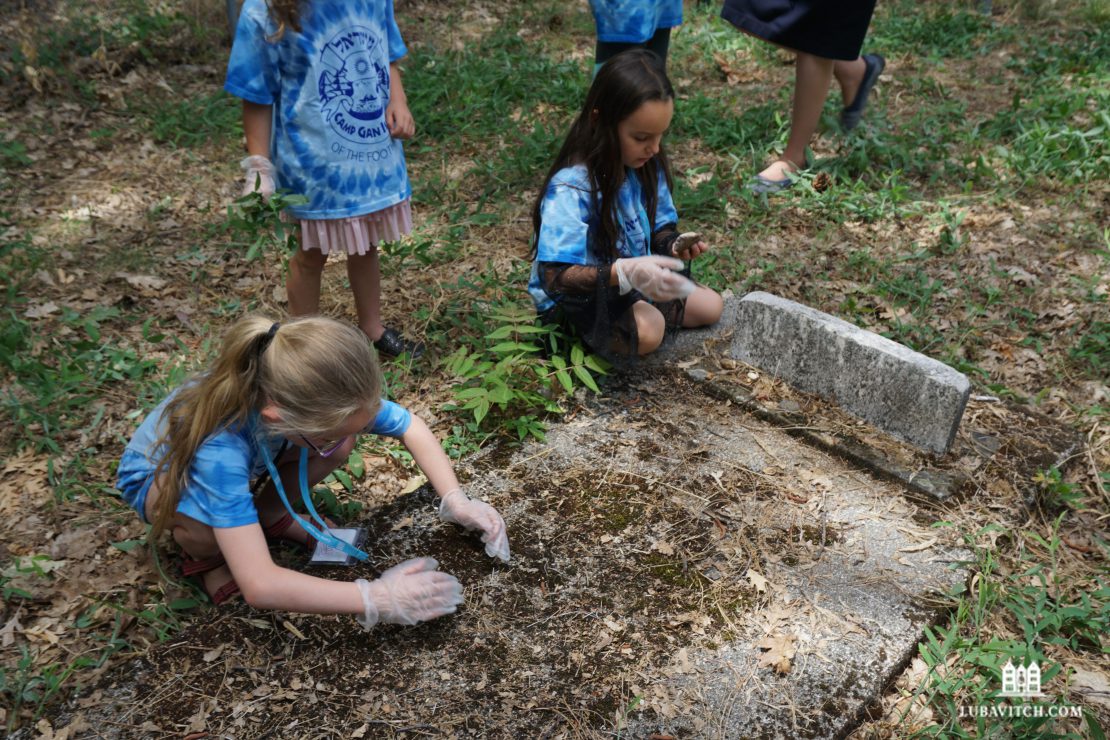 Vanessa Kulgoski, a resident of Grass Valley, had no idea that Jews were among the miners who joined the California Gold Rush (1848-1855). She was even more surprised to learn that a Jewish cemetery was established in Grass Valley back then, forJewish miners who died from disease and mining-related injuries.

“I did not know there were any Jewish roots here,” she says. Kulgoski learned about this from her sons,

Koda, 7, and Luke, 4. The boys had just been to the cemetery with their camp, Gan Izzy of the Foothills

An odd destination for a camp trip, to be sure, the idea of a visit to the cemetery was hatched when Rabbi Nochum and Chyena Yusewitz of Chabad of Grass Valley were called to the bedside of a community  member on life support. The family had already decided on cremation. But after learning about Jewish burial, they changed their mind.

After the burial, the bereaved wife expressed gratefulness for the Chabad emissaries. “Thank you for staying with us the whole way through. I know we did the right thing and that my husband is happy with our choice,” recalls Chyena. “It would have been a terribly irreversible mistake,” she said, had she gone ahead with the cremation.

“The experience made us realize how important it is to educate young Jewish children about this aspect of Jewish life and how strong it’s always been for Jewish generations.” So they decided to take the camp on a visit to a Jewish cemetery. “We felt it would connect them to a real, substantial Jewish identity,” says Chyena.

The kids would get to see how the Jewish miners observed the same mitzvah that Jews do today. “You can talk about Jewish life everywhere,” Rabbi Nochum adds, “but not always can you take them down the block and teach them about Jewish life from 150 years ago.”

In June, twenty campers through age thirteen made their way through quiet, narrow roads in the old neighborhood leading to the cemetery. Typically boisterous and lively, the campers demeanor shifted as they reached the cemetery. “They were very serious and respectful when we got there. They just wanted to read the names and the dates on the stones,” Rabbi Nochum says.

“That led us into very meaningful discussions. What does that mean to be a Jew forever? What does it mean to be born a Jew, to live as a Jew?”

Simi Goldshmid, a counselor of the preteen bunk, says, “It turned out to be one of my highlights that summer.  I felt the Jewish pride right along my campers.”

Participants and parents were moved by the experience of giving. Bar Olesker, mother of Ben, 9 and Anael, 7 reflected. “I thought it was great to teach the kids to give in a way that won’t be paid back.”