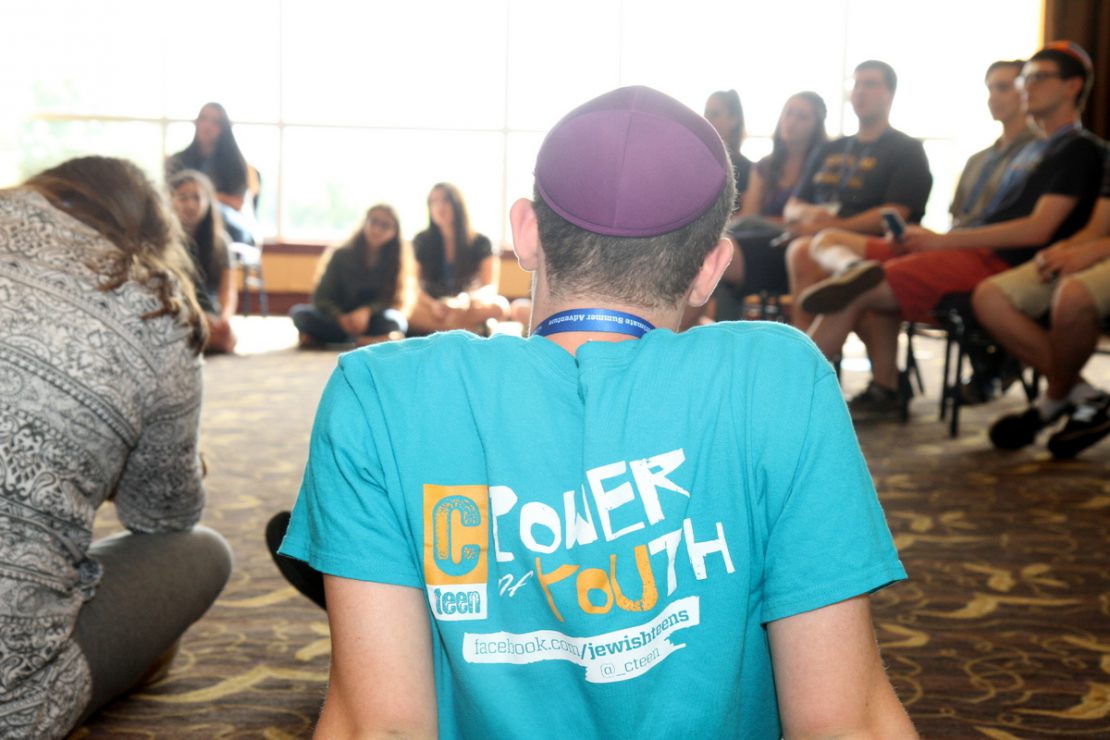 Leader of his Manchester, England CTeen chapter, 15-year-old Quincy Barrett will be the first international representative to attend the American-dominated CTeen Leadership Retreat taking place this weekend in Pennsylvania.

Early in his high school career, Quincy started attending CTeen events led by local yeshivah students. In contrast to other Jewish youth groups he attended, he found the programs to be surprisingly refreshing. “There are no cliques here, and we aren’t expected to align ourselves with a specific [Jewish] denomination.” When Rabbi Sholom and Mushky Cohen arrived in Manchester to create a formal CTeen chapter, he became even more active, his enthusiasm only continuing to grow. Building off of his natural leadership abilities and experiences as a Troop Leader of the Cub Scouts, Quincy eventually accepted the role of CTeen leader this past year.

The fifth annual CTeen retreat hosted thirty-five teenage leaders from chapters in twenty-five U.S. cities and Quincy from the U.K this weekend. Along with their CTeen directors, leaders are responsible for creating innovative programing that aim to instill their peers with Jewish values. In addition, chapter leaders are given the opportunity to collaborate with each other to coordinate international CTeen events.

“The teens have so much passion and drive,” says Risa Mond, leadership director of Cteen International. “We help them focus that power, and they are impacting their communities in incredible ways.” Risa herself discovered a meaningful relationship with her Judaism while attending CTeen programs in Plano, Texas.

The three-day retreat includes team building exercises, leadership training seminars and networking events. Also featured for the first time this year will be the “Shark Tank”—Leadership Edition. Fostering creative collaboration, this event has the teens dividing into teams of four, and attempting to design new CTeen initiatives. On the last day of the retreat, a committee of ‘Sharks’ chose the two best ideas presented, and during the closing ceremony, CTeen directors and leaders voted on which of the two will become CTeen’s next big undertaking.

“I have a lot of experience with leadership,” Quincy says. “This retreat is my chance to explore what being a leader means in Judaism.”

CTeen International and the Leadership Retreat are projects of Merkos L’Inyonei Chinuch.