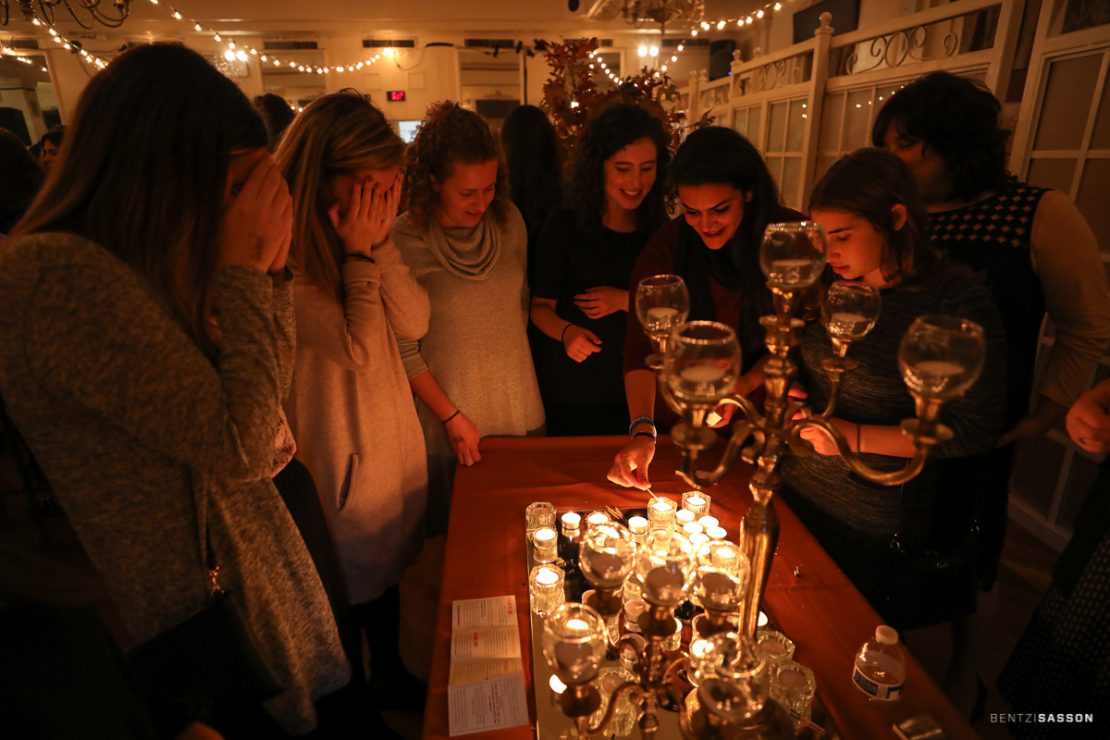 More than 1,200 students from 120 universities from across North America and Europe and as far away as South Africa converged on Crown Heights last weekend for the annual Chabad on Campus Pegisha. The event has become a highlight of the Jewish campus life calendar, consistently bringing the largest group of Jewish students together for three days of inspiration, education, friendship, and growth.

This year, as part of the Pegisha, 60 Chabad student group presidents gathered for a President’s Club meeting where they networked and shared best practices. The event was chaired by the Chabad on Campus Young Leadership Board which is made up largely of past Chabad on Campus student presidents.

A week of activities was crammed into the 54-hour program with tours of NYC and Crown Heights, Friday night meals hosted by Crown Heights families, inspiring and entertaining workshops, lectures, farbrengens and music sessions, joyous davening and spirited dancing. An emotional trip to the Ohel closed out the Pegisha.

For many students, what stood out was being with hundreds of fellow students who shared their joy for Yiddishkeit.

For Erez Yusupov, a senior at Georgia State University, the dancing during Kabbolas Shabbos left the strongest impression. “To dance with my fellow Jews from so many backgrounds and levels of observance is really something special,” said Erez.

Erez, who comes from a non-observant background, first came to the Shabbaton three years ago. A session titled “Why Marry – and Date – Jewish” left a strong mark. He has attended two more Shabbatons since then and has left each year inspired and energized.

“Jewish students are a minority on their college campuses and the Pegisha represents an opportunity for them to spend a weekend being as proudly Jewish as they like – without holding back,” said Rabbi Yossy Gordon, executive vice president of Chabad on Campus International. “After over a decade of Chabad on Campus Shabbatons, I cannot overstate the lasting impact a Shabbos spent with a generous, Chassidic family in Crown Heights and immersed in Jewish education and inspiration has on each student.”

Mrs. Malka Werde is the director of Chabad on Campus at FIT. She recalled attending a Pegisha as a young college student 45-years ago in 1972. She noted that although many things have changed, “There is one thing that remains exactly the same. It’s so real and goes right to the Neshomo.”