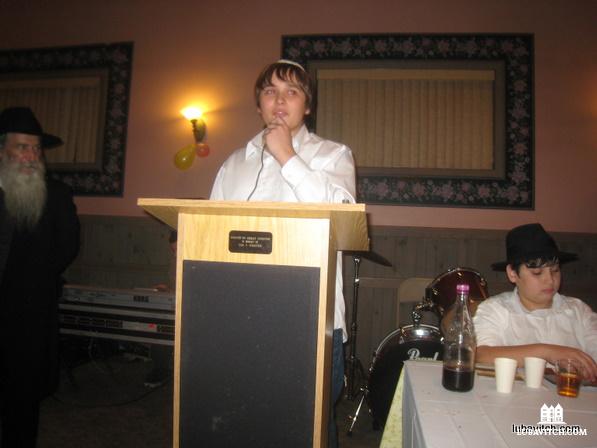 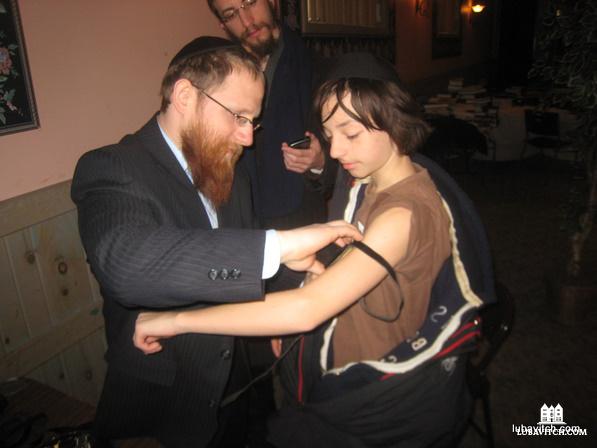 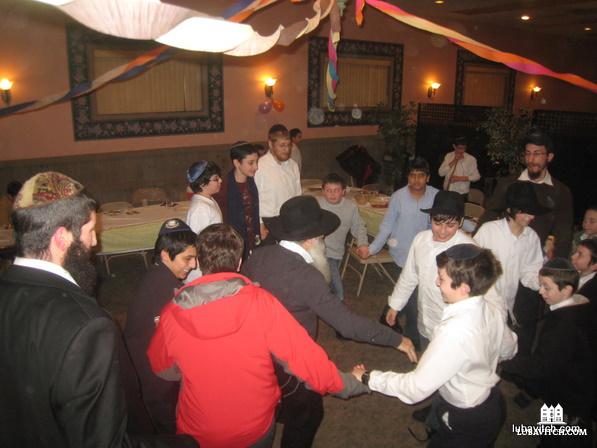 (lubavitch.com) For 20 Russian Jewish boys from Brooklyn, Staten Island and New Jersey, a weeklong winter camp this past December in Monticello, New York, offered them an exhilarating change of scenery and spirit.

An annual event sponsored by F.R.E.E, (Friends of Refugees of Eastern Europe (F.R.E.E.) the kids pine for the experience months before. The setting is ideal for winter skiing and recreational activities, but it’s the joyful Jewish spirit, sessions and workshops on Jewish life, and the inspired Shabbat dinners that make it distinct and different.

This year, campers were treated to a bar mitzvah celebration at the camp, at which three boys were called up to the Torah and then feted at a party with a five piece band.

Head Counselor Tzvi Hirsh Altein, says that many of the boys, aged 10 to 14, are in public schools, making this their only opportunity to immerse in a Jewish life experience.  is the only time of the year where they can truly invest in their Jewish culture.

“We have campers who have attended the camp since its inception,” Altein says, “and I’ve seen them transition from cautious curiosity about Judaism to true pride in their heritage.”

The weeklong camp, now in its fifth year, is making a mark. Many of its campers  have subsequently enrolled in Hebrew School and after-school Bar Mitzvah clubs