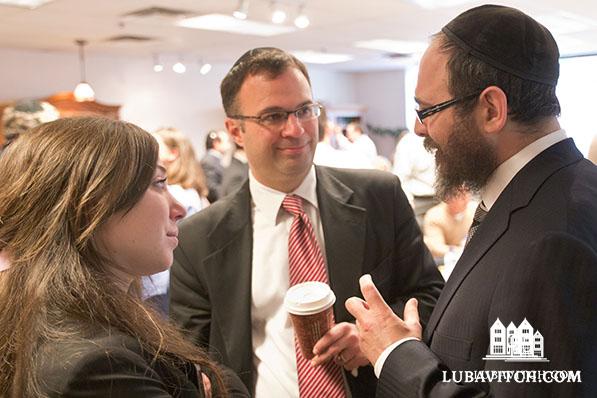 A lawyer and a rabbi come together in the opening line of many a joke, but at Chabad of Westmount they come together twice annually for some serious discussion.

The bi-annual law symposium has become a fixture at Chabad over the last decade. “It’s a most wonderful thing, Jewish lawyers have this fantastic opportunity,” says Steven Korda, attorney at Korda and Associates.

Steven is part of the reason Rabbi Yossi and Devorah Shanowitz became involved in the legal community soon after arriving in the affluent Montreal suburb over twenty years ago. “My husband met Steven and they began talking and soon made up to hold a weekly Talmud class at Steven’s offices,” Devorah says.

Rabbi Yossi has a particular love for studying Talmud—the primary volumes of Jewish law—and the Shulchan Aruch, in which the law is codified, so it was a delight for him to share this. The circle of lawyers who attended his classes grew and they became the core attendees at Chabad House events. Thus, the legal community became the focus of Chabad’s programming. When the Chabad House moved to Westmount Square, a prestigious complex that houses many law offices and world consulates, this relationship was cemented. 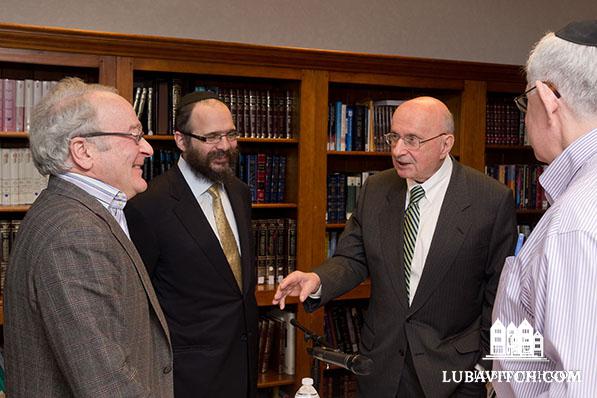 In Quebec, lawyers are required to accrue thirty accredited hours of continuing law education, every two years in order to maintain their licence. Around ten years ago, Chabad of Westmount prepared a prototype syllabus for a day-long legal symposium and applied to the Barreau du Quebec,the professional association of Quebec lawyers, to have the symposium accredited. “They were impressed with our presentation,” Devorah says. Accreditation in hand, they held their first Quebec Jewish Law Symposium.

Rabbi Yossi enlisted the help of a buddy from his yeshivah days, fellow Chabad Rabbi, Shlomo Yaffe, dean of the Institute of American and Talmudic Law in New York. Before each symposium, the team consult with legal advisors to find an area of law that is both a hot-button issue in Quebec law at the time and discussed at length in the Talmud. They bring in professors of law, judges, lawyers and experts in the particular field to present the current legal thinking and discussion on the chosen topic. At each session, Rabbi Yossi or Rabbi Shlomo present the comparative Talmudic argument, principals or code.

“Lawyers have a lot of symposiums to choose from,” Steven says, “but the Shanowitzes are excellent at getting a quality line-up of experts.” Their latest symposium was on June fourth with sessions on topics such as, ‘Acquiring Legal Consent for the Care of the Elderly’ and ‘Ethical Considerations in Data and Privacy.’ Presenters included Justice Pepita Capriolo, who sits on the Quebec Superior Court and Marie Christine Kirouack, Executive Director of Quebec’s PAMBA (legal assistance group), and winner of the Legal Profession Assistance Conference Award of Excellence. 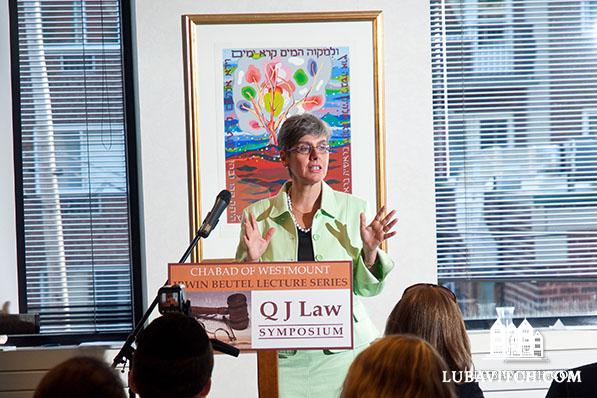 “Every time I attend I find that the speakers are extremely informative and enlightened,” attorney Jeffrey Nadler shared with Lubavitch.com. “Sometimes Rabbi Yossi’s Talmudic exposition is even more interesting than the legal scholars’ analysis.”

“Jewish law is amazing, morally and it’s fascinating to understand how the rabbis come to their conclusions,” Steven agrees.

“You should see what goes on here after each session,” Devorah says. Usually the 100 or so attendees are in no hurry to leave as they contend with each other over the finer points of precedents and application. Freshmen, renowned experts and even some law students from the nearby universities compare and debate Talmudic versus Quebec and Canadian law. These discussions sometimes spill over into Rabbi Yossi’s “lunch and learn” sessions attended by forty to fifty lawyers each week.

Devorah says that for many, the symposium is their first exposure to the rich legal history of the Talmud and the tremendous amount of responsa, discussion and debate in Jewish law. “They are surprised and impressed that the Talmud, compiled in the fifth century, has what to say about matters that Western law is just coming to look at.”

Jeffrey met Rabbi Yossi when he first attended the symposium in 2017. Since then, aside from gaining twenty four out of thirty credits, he has gained a community that he finds “heimish” and has become close to the Chabad of Westmount family. “I belong to a temple, but for the last six months I have gone to Chabad more often, on Shabbat. I come for Rabbi Yossi’s Torah class in the morning, stay for services and enjoy the camaraderie at the kiddush that always follows.”

“Many of us lawyers end up becoming friends with the Shanowitzes and that’s just a bonus,” Steven says. “The symposium gives us a fantastic appreciation, not just of things we need to know for our profession, but of where we come from, our background, the justice of our traditions and how part of our make-up as Jews is to stand up for the underdog.” 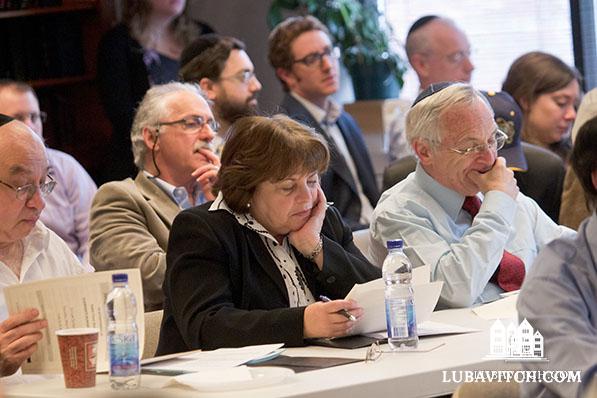 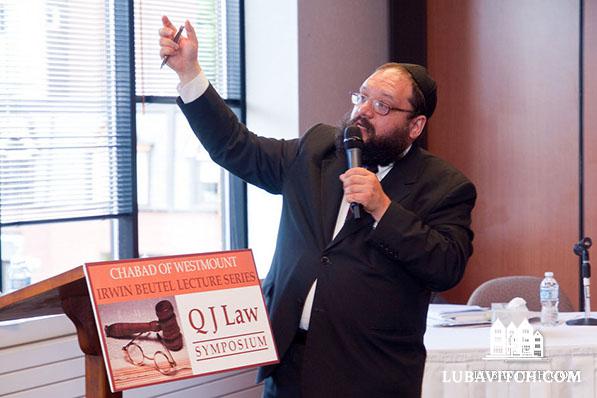 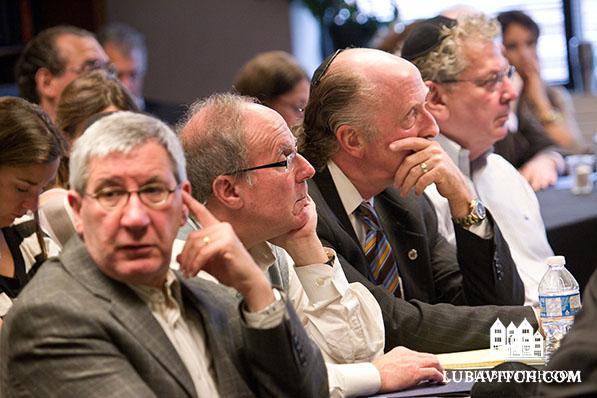