It’s Never Over Even When It’s Over 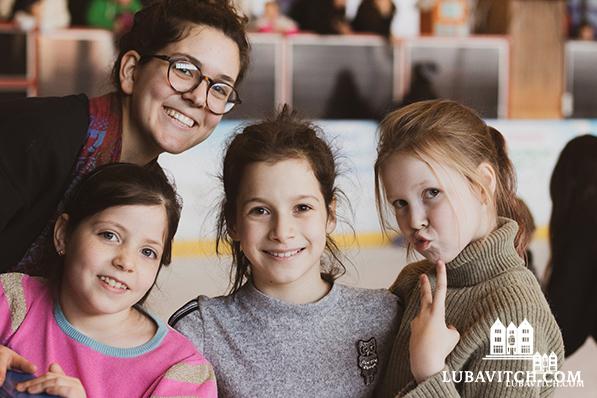 Winter camp in Novomoskovsk, Ukraine ended with a bang Tuesday for ninety-two girls. The children, who range in age from six to seventeen, left  Camp YEKA on a spiritual high as they headed back to the small villages and orphanages they call home. Poverty is tangible here and drug abuse and alcoholism rampant. Geopolitical instability and raring anti-Semitism make for a bleak reality.

YEKA is when the children come alive.

“Many of the girls come from dysfunctional homes or don’t have a home,” says one of the camp’s organizers, Sheva Rapoport. “YEKA is a safe, loving environment that provides the warmth and love they’re missing all year. It’s a lifeline for our girls.”

In 2015, Menucha Baila Hanoka, then Matusof, was finishing her stint as a dorm counselor at a Chabad orphanage in Dnepropetrovsk when her friend Hindy Levi called with an offer she couldn’t resist. “Hindy asked if I wanted to make a girls’ camp and I said, ‘You know what? That’s a great idea.’ During the year, the girls have school, but they have nowhere to go in the summer and often end up on the streets. We thought there would be thirty girls that first year. We had 110.”

YEKA is short for Yekaterinoslav (now the city of Dnepropetrovsk, Ukraine ) where the Lubavitcher Rebbe was born and where the camp originated. Summer session runs for three weeks and winter camp, which just ended, is a week long. “I was just discussing this with the counselors,” Hanoka shares moments before her plane took off from Ksiv Boryspil International Airport en route to JFK. “In that short week, literally, we can accomplish the same as during the full summer session. It’s just so packed and so powerful. We give it our all 24/7 and make such strong connections with our girls.”

Though most of the staff members don’t speak Russian, through hugs and smiles and gestures, the girls communicate well. They also employ a dozen local girls as interpreters. “They say there is a language barrier,” Rapoport comments, “but love breaks all barriers. And you don’t need any language besides for love.”

The counselors bring love in great supply. They also bring hundreds of pounds of provisions from the United States. Each staff member carries an extra suitcase stocked with treats, prizes, crafts, and any provisions difficult to come by here. All year long the counselors collect beautiful clothing to distribute to their campers. (Many children come to camp with just a grocery-sized bag of personal items.) During the summer camp, the girls are taken each Friday to “shop” for second-hand finery. In the winter, the counselors make sure to pack hats, coats, and gloves along with dresses and toiletries.

Despite its isolated location and demographic, at the end of the day, camp is camp. And this camp is a lot of fun. Morning starts early here, as the youngest campers rise with the sun. Until late at night, the girls are busy with crafts, trips, sports and workshops. The counselors teach the girls to read Hebrew and pray as well as develop an appreciation for Jewish rituals and holidays.

Natasha, 14, lives in  Mishpacha Orphanage in Odessa. She says that she waits all year for camp “to get a break from my home and see my friends again from different cities across Ukraine. It’s hard to be away from YEKA, it feels like a dream that happens just twice a year. I have many amazing memories and I keep them in a special place in my heart.”

After her first summer as a counselor, Rapoport was so inspired she signed on with her friend Shaina Golomb as a senior staff member. “Such young people are making such a difference in such a desperate country,” Golomb says. “We needed to be more involved.” That difference starts long before the campers arrive. Each counselor raises $3,000 ($1,800 in the winter) which covers her ticket and goes towards operating costs. YEKA, whose annual budget is $200,000, is not supported by any organization. All fundraising is done by the camp’s dedicated staff. “I ask people I meet, I ask on the plane, we apply for grants. We talk about YEKA all the time,” says Hanoka. “It’s literally fives and tens and twenties from friends and family that keep us going.”

Camp may be over, but it’s never really over. The staff and girls keep in touch on “YEKA Sisters,” a Whatsapp group that unites them all year long. During Chanukah this year, a former camper who has since moved to Israel, shared her disappointment on the chat because she didn’t have a menorah. When that message pinged, a staff member from 2017 currently in the United States contacted a staff member from 2019 who was in Israel. The counselor arranged with a local Chabad rabbi to bring her a menorah. Within twenty minutes, one was delivered to her door and the happy camper was sharing a selfie with her menorah on the chat.

“That little flame in Israel showed the power of connection between staff and girls across time and place,” Rapoport muses. “Once you build a connection with a child you become family. It’s not like we leave camp and it’s over.”

“YEKA is much more than just a fun camp,” says fifth-time camper Masha, from Herson, Ukraine. “It is my family and I don’t know how my life would be without it.”

Before Passover, several counselors fly to Ukraine to visit their charges. They load a model matzah bakery into a rented van and drive 300 kilometers between Chabad’s three orphanages in Odessa, Dnepetrovsk, and Zhitomir and eight small towns. “We teach them about Passover, make a little party, hug and kiss them, and then continue on,” says Rapoport. The counselors mail gifts before Rosh Hashanah and mishloach manot packages in honor of Purim.

“What do we want them to gain from a few weeks with us in camp?” muses head counselor Shaina Hecht. “We want them to have hope for a better future and Jewish pride. And obviously, they should know that they are loved and that they matter.”

She may have left camp, but camp hasn’t left Natasha. “Two years ago, after summer camp, I made the decision that when I grow up I want to build a religious family. Every time that I come back to camp and see all my American counselors again, it inspires me and reinforces my decision. They show me how they live their Judaism with joy and love and I want that too in my home one day.” 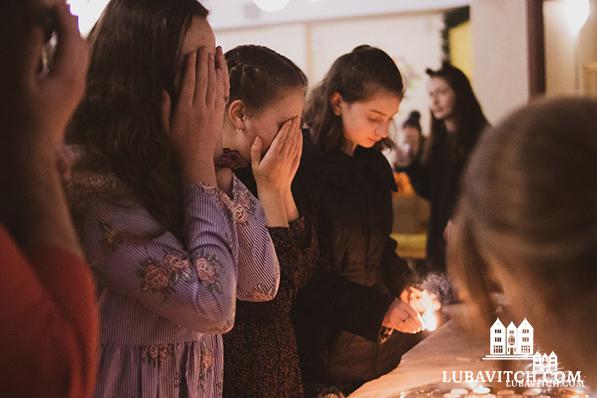 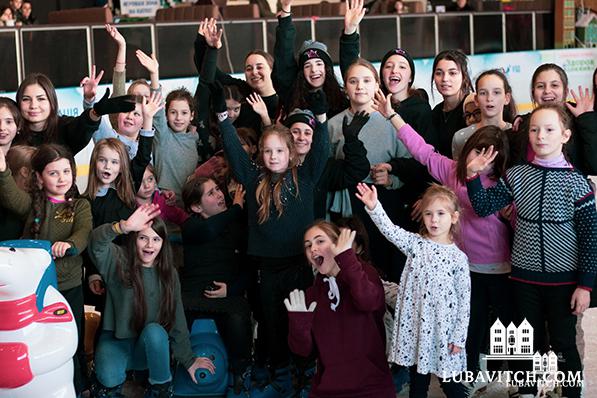 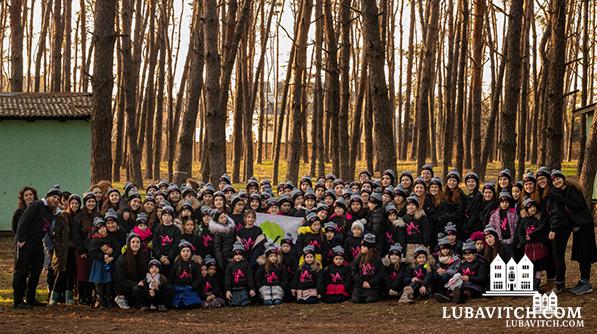 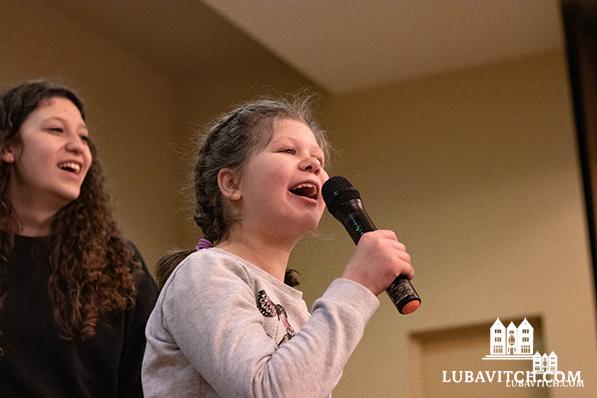 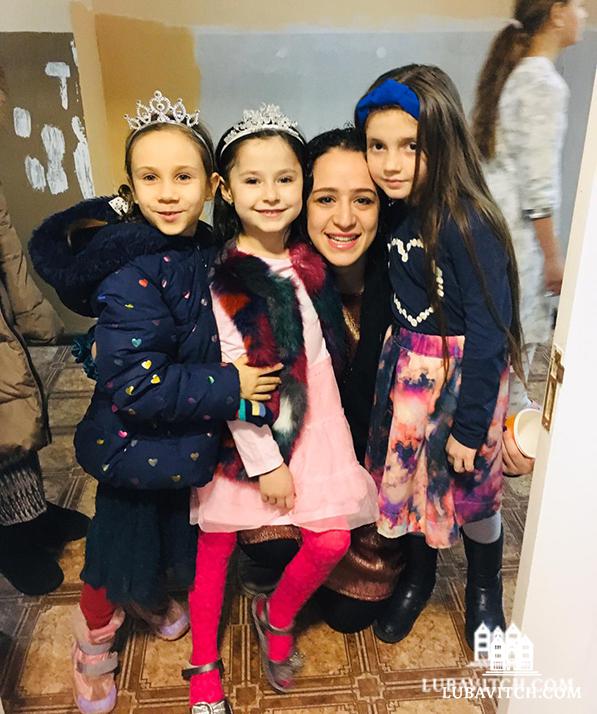 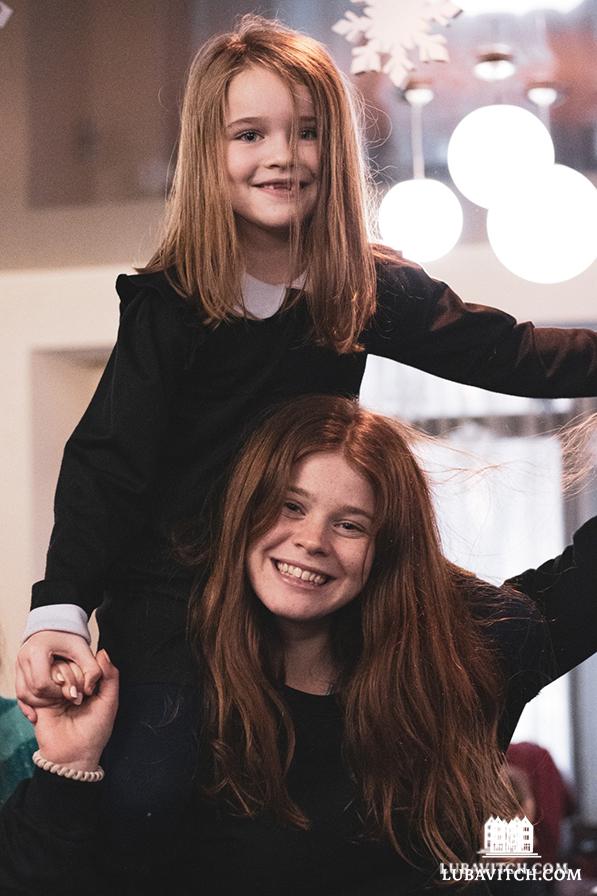 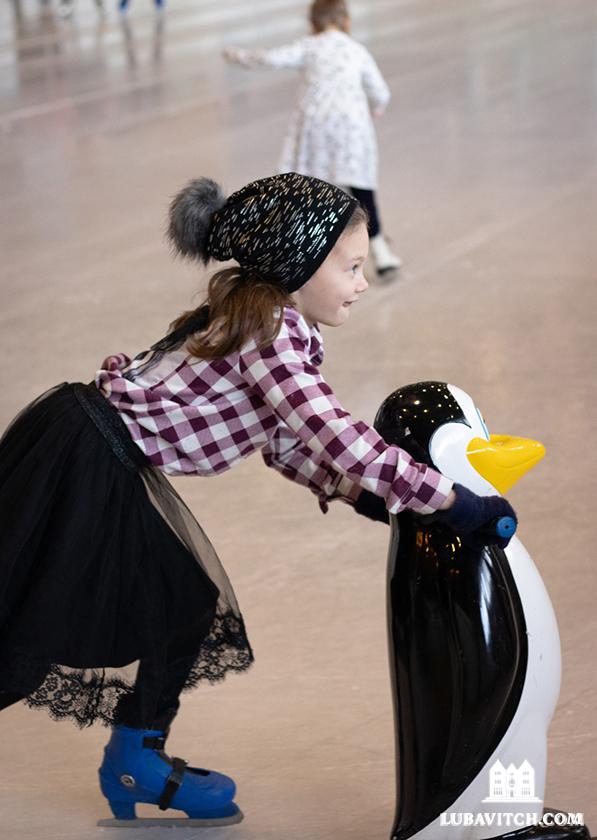