Together With Survivor Moshe Holtzberg, Netanyahu Dedicates A Living Memorial 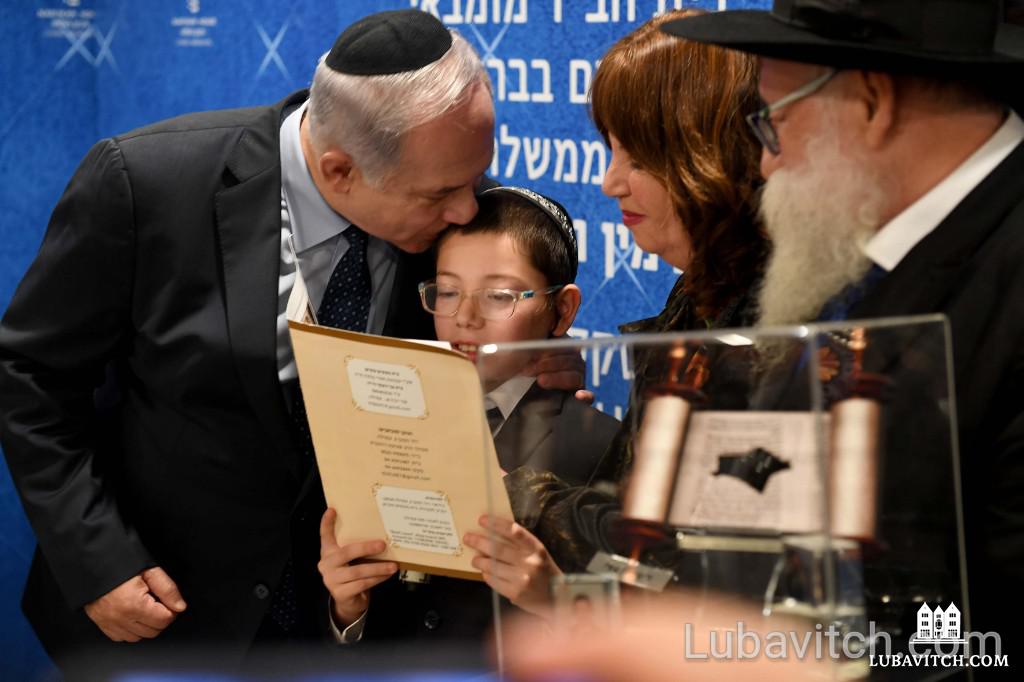 Israeli PM Benjamin Netanyahu stands with Moshe Holtzberg as he reads the blessing that is made when returning to a place where one has escaped danger. Moshe’s grandparents Shimon and Yehudit Rosenberg look on.
Photo Credit: Chabad Mumbai/Lubavitch.com

In a moving visit Thursday, Israeli PM Benjamin Netanyahu unveiled plans for a Living Memorial on the site of the horrific terrorist attacks in Mumbai almost a decade ago. Rabbi Gavriel and Rivka Holtzberg, and four of their guests, were among the 166 murdered during the three-day siege. The Holtzberg’s son Moshe, then two, was the family’s sole survivor. He is visiting India for the first time to pay tribute to his parents and present plans for the new memorial.

Holtzberg and the Israeli prime minister visited the boy’s old bedroom. They looked at the walls his mother had lovingly painted, at the Hebrew alphabet she etched into the area above his bed. At the pockmarks still visible from the assailants’ weapons. Netanyahu marked Holtzberg’s height on the wall, wrote his age, 11, and his name, Moshe the son of Am Yisrael, the Jewish nation.

The Living Memorial will include the couple’s apartment, where signs of devastation were preserved for posterity. The floor above will showcase exhibits commemorating the entire siege, and all its victims. It will be the only such museum in the country. Already 15,000 people visit annually. Director Rabbi Yisrael Kozlovsky anticipates that number more than tripling when the memorial is completed. The first section, he hopes, will be ready in time to commemorate the tragedy’s 10th anniversary this November. 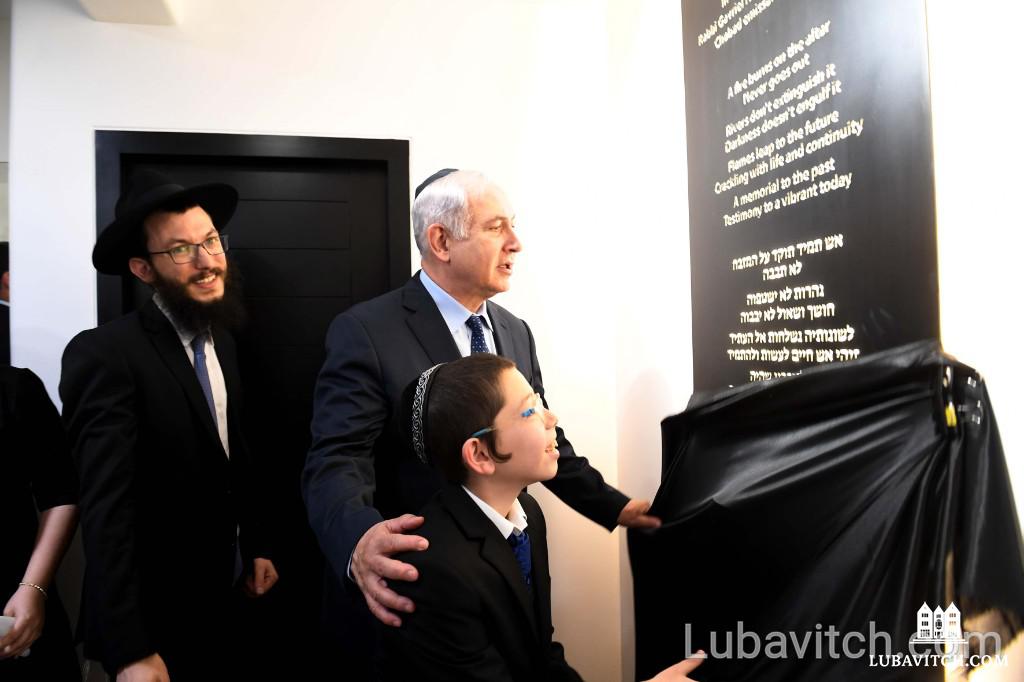 Engraved on the wall in Mumbai’s Chabad House are the words “a memorial to the past, testimony to a vibrant today.”

“We don’t call it a museum, it’s a living memorial,” stressed Rabbi Kozlovsky in advance of Thursday’s event. “The idea is that people will add goodness and kindness; that viewing this will create waves of good that will spread far and wide.” Kozlovsky, and his wife, Chaya, arrived in Mumbai in 2012 to continue the work of their slain predecessors. Two years later, they renovated and moved into Nariman Chabad House, the Holtzberg’s home, and the site of the new memorial.

In his talk at the unveiling, Netanyahu emotionally thanked Sandra Samuel, Holtzberg’s nanny who saved him. “What happened here represents the polar opposites of love and hate,” he told the boy in Hebrew before a room full of Indian and Israeli dignitaries. “The hatred that was perpetrated by the terrorists, but it also expressed tremendous love. The love of your parents—Gabi and Rivky—to you Moshe, and the love that is shown by the Chabad House here in Mumbai.”

Holtzberg bestowed a photo tribute to the Prime Minister and said a special blessing, thanking G-d for saving his life. He also publicly thanked his Indian nanny, Samuel, who today also lives in Israel. Holtzberg concluded by inviting the prime minister back for his bar mitzvah in 18 months.

To see how Chabad activities the world over have grown since the 2008 Mumbai attacks, see here.

To read about what prompted Moshe’s visit in July 2017, see here. 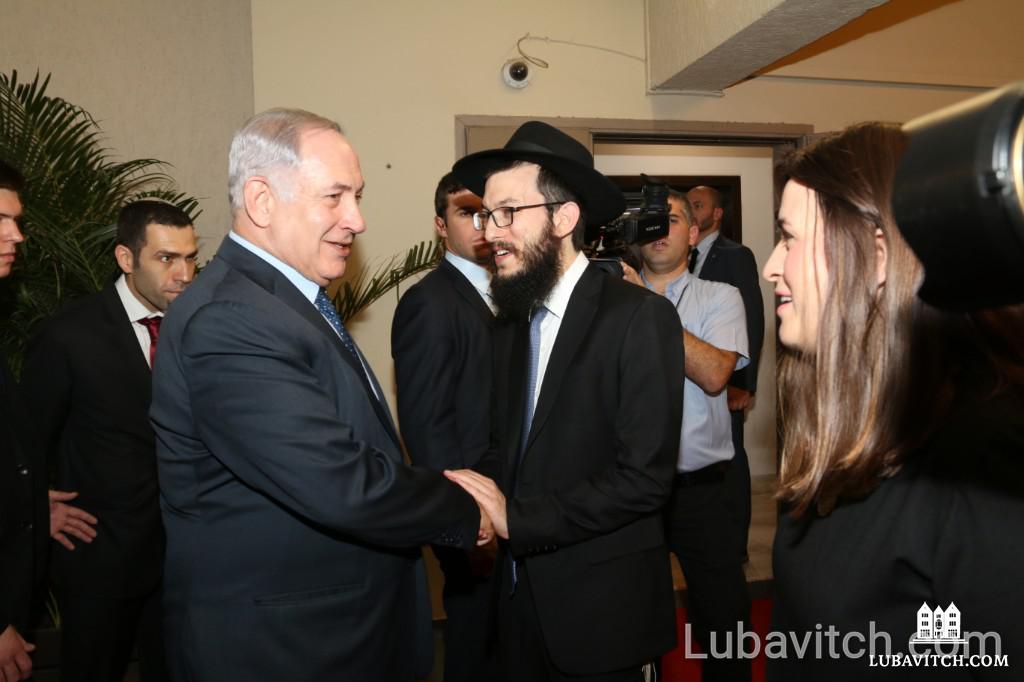 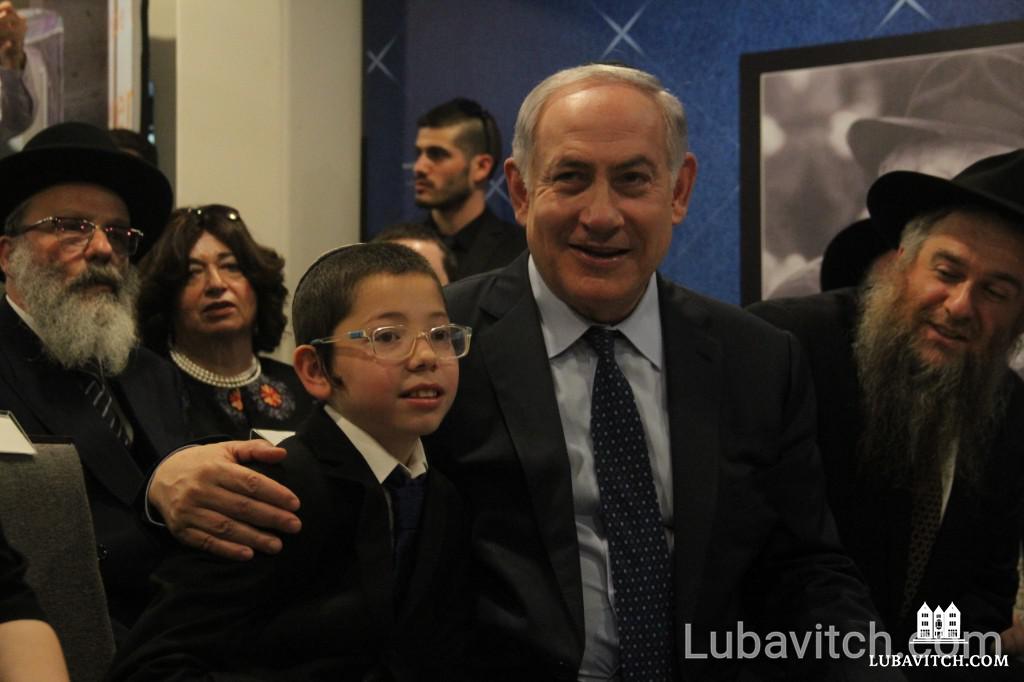 Netanyahu invited Moshe Holtzberg, survivor of the 2008 Mumbai attacks, on his trip to India this January. 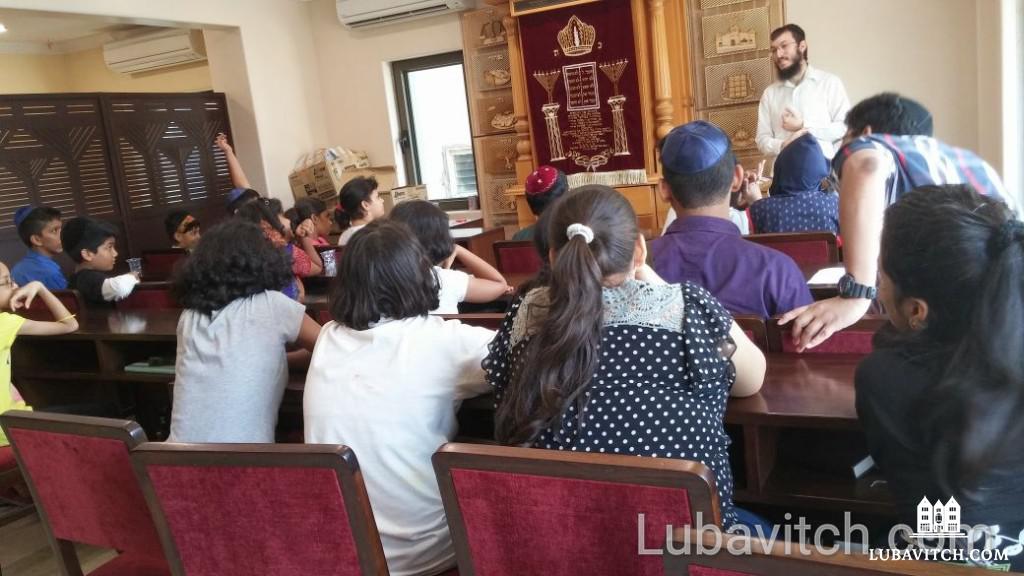 Chabad activities in Mumbai include running a school, Jewish Academy, for 18 local children.