Chabad invites Muslims, Christians and Bedouins to share their experiences of life in Israel 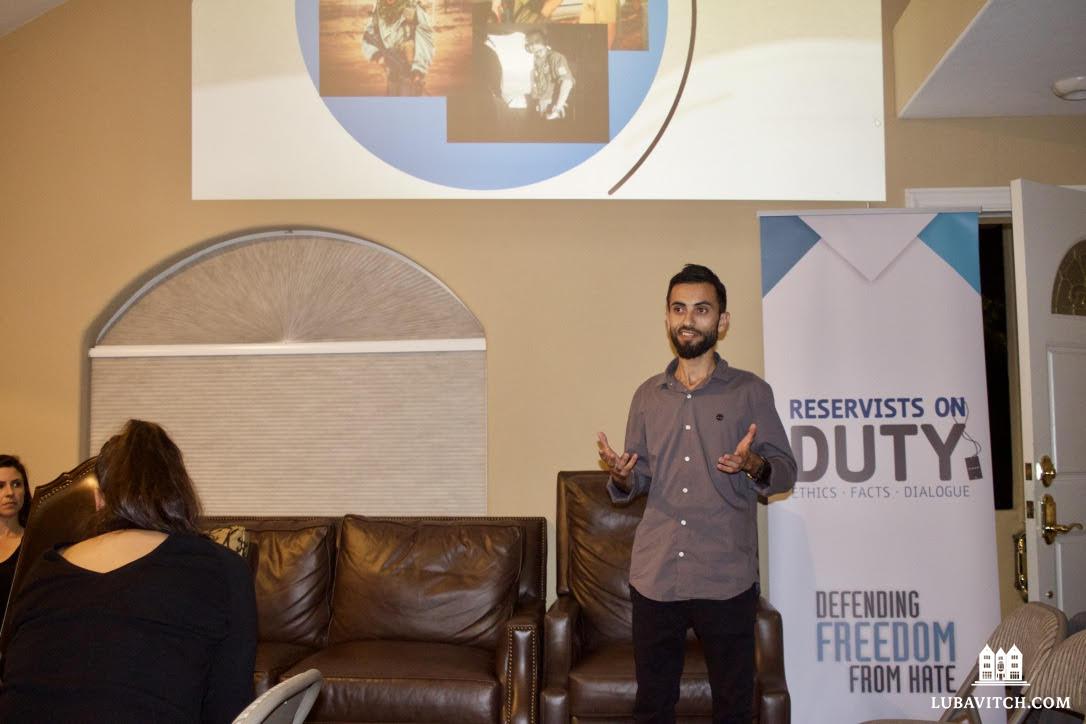 Less than twenty-four hours before it was due to begin, an event scheduled to take place at Stanford University’s Hillel facility earlier this week was abruptly cancelled. With no time to spare, the local Chabad stepped in to host, allowing the event to run as planned.

The Reservists on Duty event featured Christians, Muslims, and Bedouins from Israel sharing their unique experience living in the Middle East. For students who are frequently exposed to the demonization of Israel, it was a vital opportunity to hear first-hand accounts of what life as a minority in Israel is really like.

However, the night before it was slated to begin, the Stanford Israel Association—the premier pro-Israel group at Stanford—suddenly withdrew its support, refusing to host the event. At 10:23 P.M., they posted a statement on Facebook, saying that they suspended the event due to a “combination of procedural issues and concerns raised by the University regarding past behavior by the organization.”

Jonathan Elkhoury, the Minorities Coordinator of Reservists on Duty, was shocked. But despite the SIA’s refusal, they did not give up; if they were already there, they would do their best to find a place and say what they came to say. Jonathan got in touch with his manager, whose friend connected him to Chabad.

Notified late at night, less than 24 hours before the event, Rabbi Dov Greenberg of Stanford Chabad did his due diligence. After a flurry of phone calls to verify the group’s mission, the rabbi, seeing the chance to give students another perspective, offered to host the group.

For students on American campuses where hostile, anti-Israel rhetoric prevails, it offered a rare opportunity to hear from minorities living in Israel.

Elliot Kaufman, a student at Stanford, was grateful that Rabbi Dov stepped up and hosted the event. “I couldn’t believe how quickly he spread the word and got a packed house. To be honest, the event probably got a bigger turnout because of the Rabbi’s efforts than it would have if the student group ran it.”

Rabbi Greenberg was moved “to see so many students receptive to this positive message on Israel even though on campus they’re exposed to really negative narratives about Israel. ”

Related Articles
View All
Campus
Two Universities React as Antisemitism Steps Out of the Shadows
While college administrators debate the limit of free speech, Chabad campus leaders take action.
Campus
Popping Bottles With Intention
“I’m still popping bottles, but instead of popping them at a bar or nightclub, it’s at the Shabbat table. It’s the same hustle but with…
Campus
In Irma Aftermath, Campus Chabad Stays Put and Open
"A disaster like Hurricane Irma can be frightening, but it also brings people together and highlights the wonderful community on campus."
Campus
Jewish by Design: Chabad at FIT
They meet weekly in A320, an unassuming club room at the iconic Fashion Institute of Technology. Students of toy design, fashion, and business, they gather…
Get Inspiration to your inbox!
Newsletter
Join our weekly newsletter for inspiration and updates
Donate
Find Your Local Chabad Center
Subscribe
|
Log In
Chabad
About Chabad-Lubavitch
About Chabad Lubavitch
The Rebbe
Headquarters
Magazine
Magazine
News
News & Updates
In The Media
Impact
Social and Humanitarian
Social and Humanitarian
Education
Education
Community
Community