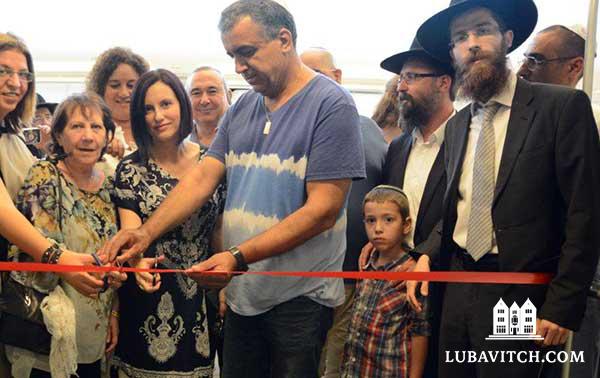 At a busy Israeli mall in the city Netanya hundreds turned out to celebrate the inauguration of a synagogue in memory of Lt. Hadar Goldin and Oron Shaul, two Israeli soldiers killed in the recent Gaza war. Shaul Goldin, father of Hadar, spoke to the large crowd at the Ir Yamim mall, in the Hadar Oren section of the city. Goldin affixed a mezuzah on the door and said the kaddish memorial prayer for his son.

Rabbi Schneur Brod, Chabad representative to Hadar Oren who launched the campaign for the new synagogue, to be called Hadar Oron for both soldiers, said that unlike most memorials which are themselves soon forgotten, the Torah will be a living memorial. “We will gather here twice a day for afternoon and evening prayers and will constantly be memorializing their bravery to bring peace and quite to our country.”

Benny Khalif, CEO of the mall, told the crowd that the initiative has touched his heart, “for the many years of my time with the mall, there has been nothing more emotional than inaugurating this synagogue in memory of Oren and Hadar.”

The city’s deputy mayor, Eli Dalel, spoke directly to the Shaul family. “This synagogue should serve as solace to you and your family,” wishing them that their family should know no more pain and suffering.