On the Prowl: Missionaries in The Holy Land 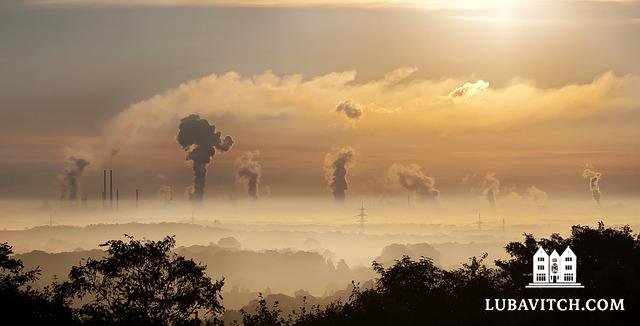 Amitai Schiff had PTSD. The IDF officer in an elite surveillance unit, was operating in Gaza in 2003. One day, after arming soldiers with maps, he watched them enter their armored personnel vehicles and drive off on a routine mission. As he watched them on the grainy screen, the two vehicles hit an IED [roadside bomb]. Thirteen comrades, including a dear childhood friend, were murdered.

Schiff was given leave to deal with the trauma. Beset by confusion, tormented by questions (“why did I survive and not my friends?”), he struggled. For the group of Israeli missionaries who encountered him at this time, Schiff was the perfect target. He took a proffered brochure and a few days later, met up to discuss theology. Within a short period, the officer-on-leave had become an active missionary.

“I had questions, they had answers,” he reflected later. “I didn’t have the time to investigate their claims, I just accepted them.”

Schiff was now proselytizing to fellow Jews in India, Germany, the United States, and Israel. He served the missionaries for years as a loyal recruit, until one day, ten years later, a magazine from Yad L’achim appeared in his mailbox.

Yad L’achim was founded in 1950 by the late Rabbi Sholom Dov-Ber Lifshitz to care for the needs of the new olim, the influx of Jews who flooded the country soon after its inception. Originally, Lifshitz handed out blankets and pillows to immigrants from Yemen. As the needs of the burgeoning community evolved and became more complex, so too did the organization. Today, Yad L’achim rescues Jewish women from Arab villages, combats assimilation throughout the country, and battles missionary communities—100 have been established in Israel.

There are 16,000 active missionaries in the country, operating on multi-million dollar annual budgets. Aside from person-to-person outreach, on corners and in malls, the countless missionary organizations fund varied socio-economic help such as, treatment centers, soup kitchens, and schools. Together with your hot meal or addiction counseling, the cults push a dose of Christianity. Many of their victims are new immigrants: alone, vulnerable, and sometimes marginalized.

“The Russian Jewish community has a greater chance of falling prey to the missionaries. Many have non-Jewish fathers and are more familiar with Christianity than with Judaism,” says Yoav Robinson, a Yad L’achim activist. Approximately 8,000 Russian Jews are involved with missionaries in the country.

With millions of dollars at their disposal, and a theology determined to convert each Jew, missionaries are willing to invest significant funds and time on a single target. Taking Biblical verses out of context (particularly from Isaiah), they create glossy publications and professional films and manipulate the internet.

“In Israel, unlike the United States, the missionaries have to work harder,” explains Robinson. “They need to convince not just a Jew, but an Israeli, so they pretend that their entire religion is Jewish. They can’t share their full theology in the beginning, or the average Israeli will simply walk away. In general,” he continues, “they aim for people in distress, addicts, or individuals with social problems. The typical working Israeli, with a social life, is not interested.”

It is illegal in Israel to proselytize to minors under the age of 16, but beyond that, the Supreme Court and the police “don’t want to deal with it,” says Robinson. Which is where Yad L’achim steps in. It is the one organization working consistently to prevent missionary activity in a legal, peaceful manner under the auspices of mental health professionals. Teams of Yad L’achim volunteers visit communities to alert Jews to the evangelicals’ deceptions. Hundreds of volunteers throughout the land are ready to be deployed when missionary activity is reported. They stand next to the missionaries and announce, “This is not Judaism. This is Christianity,” in a steady, calm manner. It works.

Yad L’achim also publishes a quarterly magazine, mailed to tens of thousands of Israelis who are involved in cults. The back page reads: Have questions, doubts? Come speak with us. Call now.

And so, ten years after devoting his life to missionary work, Schiff picked up the phone.

“In the cult, they told us that Yad L’achim were terrorists. People are afraid to talk to them. I met them secretly. I didn’t want anyone to see me.”

For six months, Schiff and Yad L’achim’s representatives debated theology. “I fought for it,” says Schiff, “because I wanted to keep it.” The missionaries preach that if a person believes in their god, all sins will be forgiven. It’s easy, says Schiff, and tempting. “It feels good to be forgiven, to be ‘in with god,’ to have no obligations. Christianity has become very tempting for people my age. But Rabbis Binyamin Kluger and Daniel Asor [both former missionaries] were amazing. They didn’t give up on me as I was deliberating and going back and forth.”

Now 34, Schiff spends much of his free time trying to help Jews leave cults. “I know their language, their techniques, their strategies,” he says. “The fact that I’m not a rabbi helps too,” he believes. “We share a common language and there are fewer divides I need to cross in order to connect with people.

Schiff has a message he wants to share with our readers. “If this article reaches someone in a cult,” he says emotionally, “know that Yad L’achim and the Jewish people have never stopped loving you and caring about you and we are waiting for you to come back home.”