Interview Part I: Korns on Campus at NYU 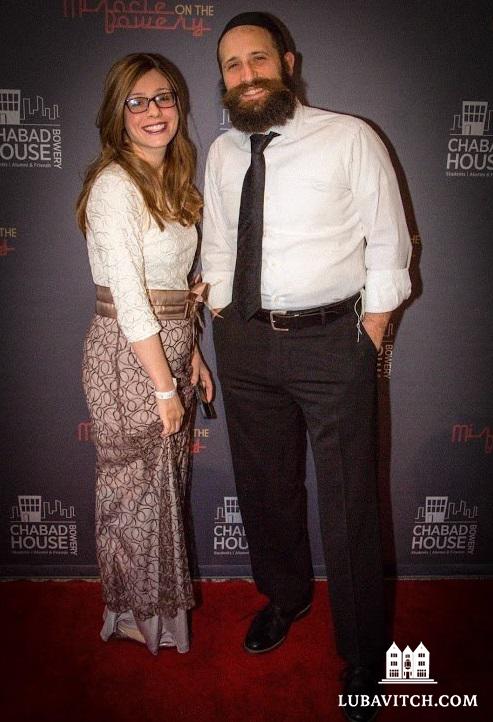 Chabad representatives to NYU Rabbi Dov Yona and Sarah Korn and their six young daughters have won the respect and support of thousands of students who sat at their table, learned together, and built an unusual Jewish community.

The Korns bring many gifts to Jewish student life at NYU, but most striking is their unusual creativity in translating the ideas of Chabad—especially the Lubavitcher Rebbe’s conception of leadership in a way that resonates with the progressive attitudes indigenous to the area they are serving: Greenwich Village, birthplace of historic revolutionary movements. Their respective life journeys make them uniquely relatable to students’ own search for meaning and purpose. In the following interview, Baila Olidort speaks with Rabbi Korn. Her interview with Sarah Korn appears here.

Q. You’re at the helm of this awesome Chabad center, where essentially, you are teaching students about tradition. How traditional was your home?

A. No tradition. I mean, we didn’t even know that shrimp wasn’t kosher.

A. When I was about 15 years old, I started thinking about life, meaning, purpose. I began listening to the Grateful Dead and was reading philosophy, growing my hair. I told my mom that I’m dropping out of school to go search. My dad said, “Let’s take him to a therapist.” Therapist said I was fine, I was stable, and that I should go search. So my mom signed me out of school. This was I think in my sophomore year. Maybe junior.

Q. What was the first stop on your itinerary?

A. A Grateful Dead concert in Las Vegas. I met Sarah there and fell in love with her. We began following the Grateful Dead. Then I realized this wasn’t “purpose.” I became a Rastafarian, I spent time on Ashrams, studied Hinduism. I had myself baptized. I was young and thirsty and traveled all over America.

Q. How did you meet up with Chabad?

A. Somewhere in the middle of all this, I was driving with my uncle, Moshe Korn. He stopped off at the rabbinical yeshiva in Morristown—we lived right there—can you imagine that! He told me to come in with him. I said, “No.”

Then a voice in my head said, “You’ve explored everything but you won’t even try your own . . .” So I went in with him.

A. It was a Chasidic holiday—19 Kislev, I later learned. I had dreadlocks, was wearing a purple hat, tie-dyed shirt and patchwork pants with sandals. Rabbi Avermel Lipsker welcomes me in, gives me a hug. There was a farbrengen going on. I danced, I cried, I debated. In the morning I put on tefillin. I stayed for a week. It was incredible. It was innovative.

A. It was too difficult. I was a hippie. No one “tells” me what to do. This would be suffocating for me, with all the restrictions of a religious life.

Q. What did you do after that?

A. I prayed to G-d for direction. I said, “I can’t imagine that what you want from me is a black hat,” but after everything else, bowing to idols and all that other stuff, something felt so right about being with these Lubavitchers.

At this point, I was touched enough by my experience at the yeshiva in Morristown that I was concerned to know if this really special girl I’d met was Jewish. Thank G-d, she was Jewish. We came back east. I got a job in a flower shop, she in a health store.

Q. Was she on this trip with you all the way?

A. No. She then decided to go to California to study natural medicine. I stayed. I called my mom. Told her I wanted to go to yeshiva. She said, fine, Yeshiva University. I studied psychology. But I realized that it wasn’t what I wanted.

Q. What did you want?

A. Chasidus, the transparency of spirit, the looseness of boundaries that separate the spiritual and the physical. Essentially, I had tried to leave society. Chasidus drove me back to society, back to school.

Q. Can you explain that?

A. I started going back to Morristown while I was at YU. I became the Chabad go-to guy there.

A. She wanted to live a different life. I can’t tell you how difficult it was. But I wanted to be a Chosid. We went our separate ways.

Q. When did you meet up again?

A. Eventually she began to look for Judaism on her own, and that’s a whole different megillah.

To see the interview with Sarah Korn click here.

Related Articles
View All
At Chabad House Bowery, NYU Students Lead
At Chabad House Bowery, NYU's Jewish students get to test their acquired skills and exercise their creative talent towards building a dynamic Jewish community on…
Campus
A Year and Counting: On Covid and Campus and Chabad
College is a time of expanding horizons and new experiences. For the last 12 months, it’s also been a place of the great (and sometimes…
Campus
Two Universities React as Antisemitism Steps Out of the Shadows
While college administrators debate the limit of free speech, Chabad campus leaders take action. To Read The Full Magazine Story Log In Subscribe Subscriptions to…
Campus
Popping Bottles With Intention
“I’m still popping bottles, but instead of popping them at a bar or nightclub, it’s at the Shabbat table. It’s the same hustle but with…
Campus
Israeli Minorities Find A Platform at Stanford University Chabad
Less than twenty-four hours before it was due to begin, an event scheduled to take place at Stanford University’s Hillel facility earlier this week was…
Get Inspiration to your inbox!
Newsletter
Join our weekly newsletter for inspiration and updates
Donate
Find Your Local Chabad Center
Subscribe
|
Log In
Chabad
About Chabad-Lubavitch
About Chabad Lubavitch
The Rebbe
Headquarters
Magazine
Magazine
News
News & Updates
In The Media
Impact
Social and Humanitarian
Social and Humanitarian
Education
Education
Community
Community