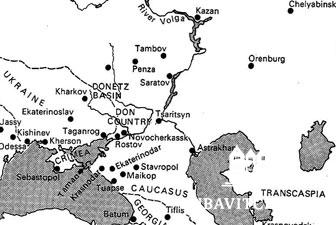 In the United States and most other countries, it is not unusual for a Jewish prisoner, with endless time to pass, to ponder existential matters. Though confined to physical parameters, most prisons will not interfere, and many may even provide access to those seeking spiritual enrichment. Until very recently, that was hardly the situation for a Jew unfortunate enough to find himself yearning to practice his faith in a Russian prison.

(lubavitch.com/LNS) Sergey K., whose last name is withheld for legal purposes, is a 48 year-old inmate serving a long sentence in a Russian penitentiary near Kazakhstan. His only regular visitor, it seems, is Chabad’s Rabbi Goel Mayers, rabbi in Orenberg.

Last week, Sergey claimed his Jewish birthright with a proper brit milah (circumcision) in the prison.

Dr. Yeshaya Shafit, renowned as Chabad’s traveling mohel, with 4,000 circumcisions to his credit, made the trip to Southern Russia, to what is the third largest prison in the country, and with permission of prison authorities in the prison’s infirmary, conducted the brit. Sergey took the name Ovadiah ben Avraham.

It’s not the first time this is happening, but it’s under vastly different circumstances that a mohel managed to get behind the prison gates, or that an inmate wanting to embrace the Covenant has been able to do so.

Eighty years ago, Rabbi Zalman-Aharon, also known as the “Kovner mohel” was arrested in Minsk and incarcerated for honoring the wishes of Jewish parents who sought to have their babies circumcised in accordance with Jewish tradition. Twenty five years ago a young Russian Zionist known as Uri, who was arrested in the infamous anti-Zionist purge of the late seventies and sentenced to hard labor in the gulag, was punished for circumcising himself. Uri got two weeks in solitary confinement in sub-zero temperatures, for his defiant act of Jewish assertion.

Fortunately, those days are over, and according to Rabbi Aaron Gurevich, Chief Jewish Chaplain of the Russian Army, there are about 1,200 Jewish inmates in Russian penitentiaries, 400 of whom are openly proclaiming their Jewish identity and are in contact with his department.

“We should expect more brissim behind the bars,” says Rabbi Gurevitch, who is also in charge of the Federation of Jewish Communities of Russia (FJC) department that works with Jewish prisoners both in jail and after they are released,

Rabbi Mayers, the Chabad representative in Orenburg, dedicates Fridays to visiting Jewish prisoners and shining some light in the darkness of long sentences in remote Russian prisons.

“As we were leaving the camp after the brit-milah,” Mayers told Lubavitch.com, “we were approached by yet another convict who told me that his mother was Jewish, and his father a Muslim.”