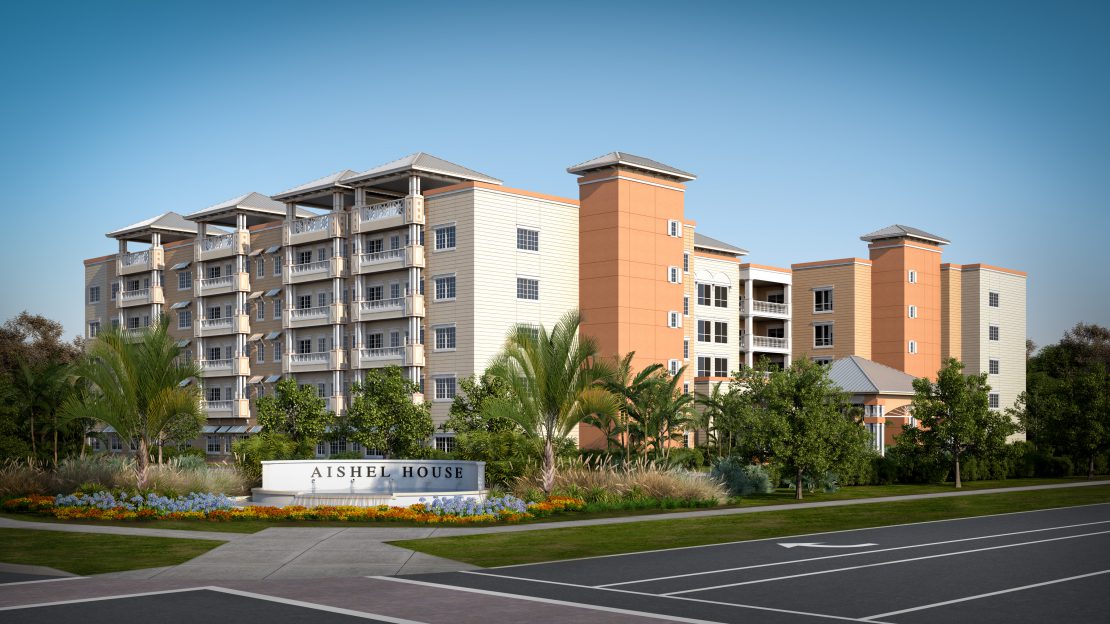 When Rabbi Aron Lieberman moved to the small city of Lauderhill, Florida, thirty seven years ago, the city’s Jewish community was made up of mostly older people, many Holocaust survivors among them. Two decades and a lot of fundraising later, he purchased a three-acre plot of land on which to build a Chabad community center. In his vision for the property then, one part would be designated for a kosher facility for seniors.

This year, with their plans approved by the city, the Aishel House—an assisted living community—is about to become a reality. Planned with one hundred twenty seven units, it includes thirty-eight residences specially designed and operated for individuals with Alzheimer’s disease. While the facility will be open to all, it will be operated in strict accordance with Jewish law, making it a viable option for families for whom keeping kosher and Shabbat is of primary importance. The facility, on the grounds of the Synagogue Inverrary – Chabad, will allow residents easy access to the synagogue and communal services.

Florida has the highest percentage of citizens aged 65 and over (20.1% according to the US Census Bureau), many of whom are Jewish. But the area has no facility for kosher residents. According to Rabbi Lieberman, “The choice for these families with an aging relative is to either care for them at home or place them in an orthodox nursing facility, even if they don’t need nursing care.”

Rabbi Levi Chanowitz, who assists his father-in-law Rabbi Lieberman, points out that Chabad will provide intergenerational programming. Citing recent studies that show benefits to both seniors and children who interact with each other, he says that Aishel will work in tandem with the local Chabad preschool directed by his wife, Estie. Residents and children will get together to bake challah, celebrate Shabbat and holidays, and participate in music sessions.

MJM Associates, an elderly care operator that is associated with the Memory Disorders Program at Weill Cornell Medical College in New York will operate the new assisted living facility. “They will bring the expertise and we will make sure that all Jewish needs are provided for,” says Rabbi Levi.

“For Jewish families, the prospect of their loved ones having a high quality and kosher senior center near by for visiting is exciting,” he continues. Groundbreaking on the five story, one hundred thousand square foot building is planned for this fall. Building costs are estimated at thirty million dollars and the center is expected to open its doors before the end of next year.