If You Build, They Come 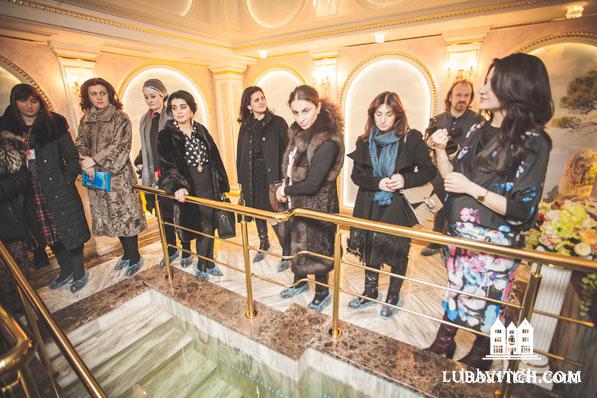 The Jewish community of Sokolniki, Moscow recently celebrated the opening of their first mikveh in grand style, a development that is astounding even to local Chabad emissary Rabbi Avraham Bekerman. On Tuesday, February 23, dozens of community rabbis, dignitaries and donors inaugurated the new mikveh, followed by a day-long celebration and education for 200 local women on Sunday February 28.

The spa-like ritual bath has has been lauded in local media for its beauty and elegance, drawing hundreds of visitors eager to have a look at the luxurious facilities featuring gold-plated fixtures and elegant furnishings. The architects of the world-class mikveh also integrated innovative technologies throughout the facility. Mikveh users communicate with the mikveh attendant via personal ipads, and even choose their own surround sound music as they prepare.

The now-open mikvah is the fifth ritual bath to serve Moscow’s Jewish community, which numbers in the hundred thousands. Mikveh observance has seen a dramatic revival among the women at Moscow’s 20 Chabad houses in recent years, and attendance at the previous four mikvehs has grown as well. 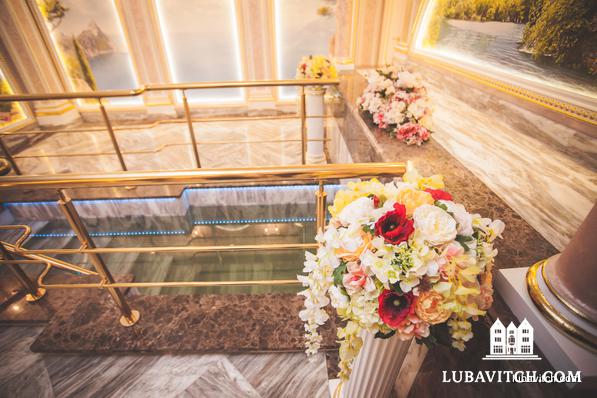 Still, Rabbi Bekerman, who moved with his wife Frumi, to Sokolniki about 15 years ago, never thought of building a mikvah for his own community.

“We moved here because the campus opened here, but we had limited interaction with the local Jewish community, as our main focus was Machon Chamesh, a university we founded for Jewish women,” says Bekerman.

Some 100 women ages 17-22, study at Machon Chomesh, where students take courses in a wide range of subjects, including Judaic studies. As the school found a firm footing and no longer needed their full-time efforts, the Bekermans began working with the local community which has a sizable Jewish population.

“In my building alone, thirty percent of the residents are Jewish,” Bekerman says. As he became more familiar with the community, the rabbi received requests to build a local mikveh. “The closest mikveh is only 7 km away, but in Moscow traffic that drive can take an hour or longer.”

When he confirmed that there were several local families who would begin to observe mikveh, but were deterred by the travel, Bekerman took action. The rabbi secured the financial commitment of various Jewish philanthropists and construction began on the facility two years ago.

“Going into this project, my wife and I felt that it was important that the mikveh be beautiful and luxurious, allowing the women who would use it to enjoy the experience.” The construction generated a buzz in the community, and as more families expressed interest in using the facility, an additional room was added to the original two that had been planned. 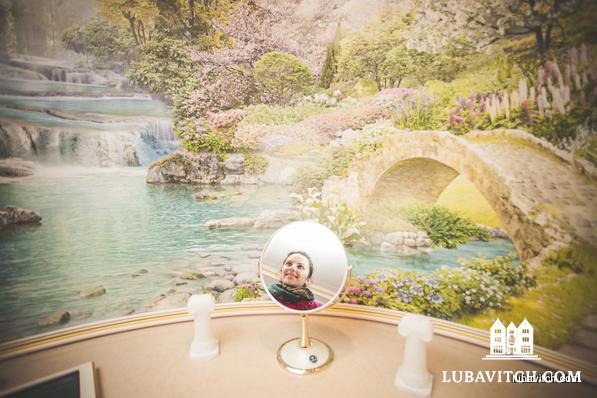 As construction neared completion, the Chabad couple explored ways to raise awareness of this tradition within their community. “But we realized that there were very few materials on the subject of mikveh in Russian,” says Bekerman. The rabbi enlisted the help of a Moscow-based mikveh expert, Rivky Wilansky, and local Russian translators, and founded www.mikva.ru, an online website where women in Russian speaking countries can locate the closest mikveh and peruse related literature.

More than 200 women attended “The Secret of the Jewish Woman,” participating at lectures, a mikvah tour, workshops and symposiums focused on various aspects of Jewish family life.

“When we planned the event, I thought maybe 50 women would come if we were lucky,” says Frumie Bekerman, co-director of Machon Chamesh. She reached out to a few of their closest community members, many of them graduates of Machon Chamesh, and recruited them in a grassroots effort to spread the word about the event.

“Mikveh is such a delicate topic, but inaugurating the new building was the perfect vehicle to bring it to the forefront,” she explains. When registration quickly topped 200, the organizers had to turn people away for lack of room. “The response and the community’s enthusiasm have been extraordinary.”

“Most of the women came in not knowing anything about this mitzvah,” Frumie observes. The sessions, led by local rebbetzins, halakhic experts, psychologists and even a gynecologist, introduced the women to the history of mikveh use, tutorials on mikveh use, and explored Judaism’s attitude to love and marriage.

The response was immediate. “Women walked out telling me that then and there that they decided to go to mikveh,” Frumie says. Others who’d never had a Jewish chuppah, decided they wanted to have one, to sanctify their marriage the Jewish way. But the number one response from women was a request for more education on mikveh and the Jewish woman, a demand that event organizers are working to accommodate.

The day of education included a lectures series geared specifically to Machon Chomesh students, most of whom are dating and serious about marriage. The new mikveh in Skolniki will, it seems, have many users for years to come.