If You Build It, You Will Come

Chabad of Columbia gets a new home, by the people for the people 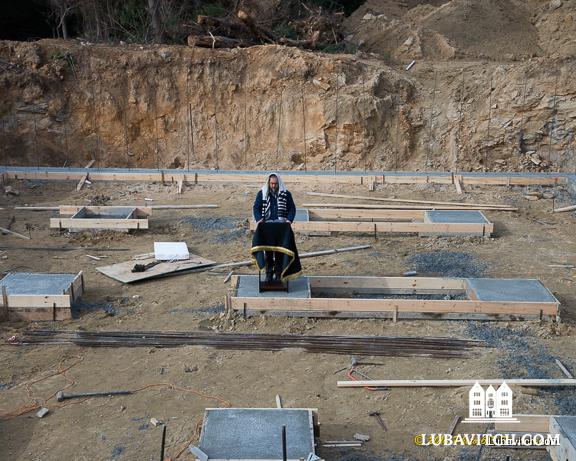 Bob Tennenbaum was 28 years old when he was hired as the chief architect and planner for one of America’s early planned communities, Columbia. A picturesque city in Maryland, Columbia was conceived as a utopia of sorts, open to all, regardless of race, religion, or financial status. Twenty-one miles south of Baltimore, Columbia has seen a lot of development since it was first settled in 1967.

Now it is hosting a different kind of building boom. And Tennenbaum is once again at its helm.

Chabad of Columbia, directed by Rabbi Hillel and Chani Baron, is undertaking a large-scale construction project. The Barons have been in Columbia for three decades, since a week after their wedding, opening up shop in a small office. When they soon outgrew the space, they purchased their current property, a horse farm, and used the existing house and barn for services and programs. They’ve been in construction mode on and off ever since.

As their offerings have increased, so has their need for more space. Instead of moving elsewhere, the Barons decided to continue building on their wooded five-acre property. Part idealism, part financial, their community is backing them not only with checks and fundraisers, but with hammers and nails. And a lot of professional expertise.

A zoning attorney, a mechanical engineer, a concrete layer, and an architect are some of the local professionals donating their time and creativity to this project. And as the center’s chief architect, Tennenbaum is intent on creating a building that is at once functional and also symbolic.

“I think that most Jewish architects dream of designing a synagogue,” Tennenbaum reflects. “It’s certainly one of my dreams come true. The rabbi has given me a lot of opportunities.”

He has also given Tennenbaum a lot of Jewish mystical insight as the two designed the center with more than a passing nod to Biblical sourcing and tradition. The building’s front will mimic Jerusalem’s Western Wall with a similar stone texture. Visitors will walk through the main entrance’s two eight-foot pillars alluding to the columns of the original Temple. Tennenbaum designed the path so that it mimics the feel of walking through an open Torah scroll.

The ceiling is made of timber to “echo the beautiful synagogues of Eastern Europe that were destroyed by the Nazis.” In the main sanctuary, the three south-facing windows symbolize the forefathers while the matriarchs are represented by four windows on the north. Seven windows on the upper level allude to the seven lights of the Temple’s menorah. “I want everything to have symbolism,” Tennenbaum declares.

Though the move will enhance the aesthetics, its need is much more practical in nature. The additional 8,000 square feet will allow for the center’s main projects, their school, services, offices, and daycare, to all have dedicated spaces. As it is, says the rabbi, “there are days when we have to turn over a single room five times for various uses.” One program that will benefit from the increased square footage is Baron’s successful mitzvah workshops. He runs engaging shofar, matzah, and scribal workshops that each attract more than 1,500 students from the broader area annually.

This is not the congregation’s first foray into expansion by any means: the near-constant construction, the rabbi says, “not only accomplishes what we need in terms of space, but it gets people involved.”

Dr. Yisroel Susskind was living in Columbia County when the Barons moved to town in 1986. Though he was raised in an orthodox home, from the age of 18 to 42, Susskind “did not engage in religious practice.” When he heard that the Chabad rabbi needed some help fixing up its new place, he joined a few local guys in the house-cum-synagogue. “We had a delightful time repairing the ceiling,” he recalls. A lot more was repaired during that construction session, and ultimately, the Barons, he says, “drew me and my family back to Judaism.”

“When you do something physical together,” observes Susskind who currently practices psychotherapy in New York, “it connects you to something greater. The reality is, when you invest yourself in something, you feel more ownership, more connection.”

Rabbi Baron contacted Ami Shantell, an Israeli transplant, for help with laying the building’s foundation and basement. Shantell donated more than a week’s worth of time, charging the congregation only cost for this massive undertaking. “I don’t go to Chabad, but I like what Chabad is doing, their philosophy. I knew if I can do it, as an Israeli and as a Jew I should, so I did.

“I like the rabbi very much. Every time I come, he asks if I put on Tefillin. I can’t lie, so he helps me do it each time. I am very much looking forward to coming back and seeing the synagogue completed.”

Tennenbaum, the architect, is designing the center pro-bono. Though he doesn’t usually go to synagogue, once this building is complete, he plans “to spend a lot more time there, on shabbat and on Jewish holidays.

“I remember this place when it was just farmland and cows grazing. But I always envisioned a Jewish community here.”

To learn more about Chabad in Columbia, visit www.lubavitchhowardcounty.org.