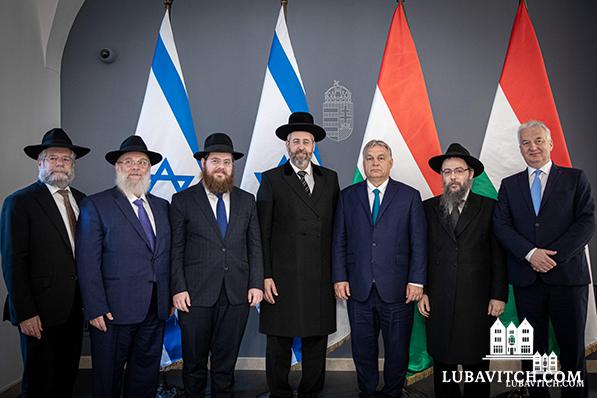 “We are pleased that the government has chosen to strengthen its relationship with EMIH, to recognize our achievements and acknowledge us as being one of the most vibrant Jewish communities in central Europe.” says Rabbi Shlomo Koves, Executive Rabbi of EMIH, and now an official representative of the Jewish community of Hungary.

Seventy percent of Jews who partake in Chabad’s activities, in eight synagogues led by the country’s seventeen Chabad rabbis, have not had much previous Jewish education and experiences. “The agreement that was signed today marks a significant milestone in the resurrection of the Hungarian Jewish community, which was almost wiped out during the Holocaust,” says Koves.

Chabad of Budapest  recently celebrated the completion of two new Torah scrolls and the opening of two new synagogues, in a ceremony on the shore of the Danube. 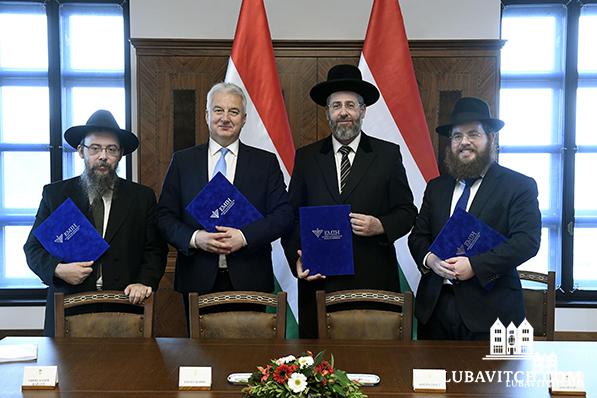 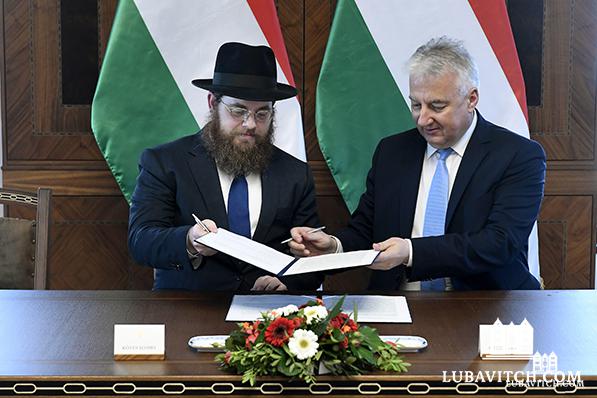 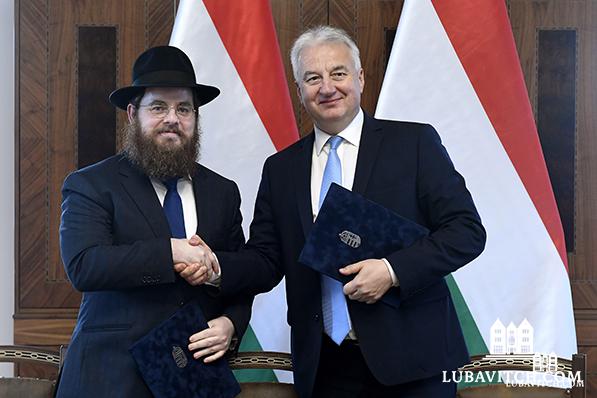 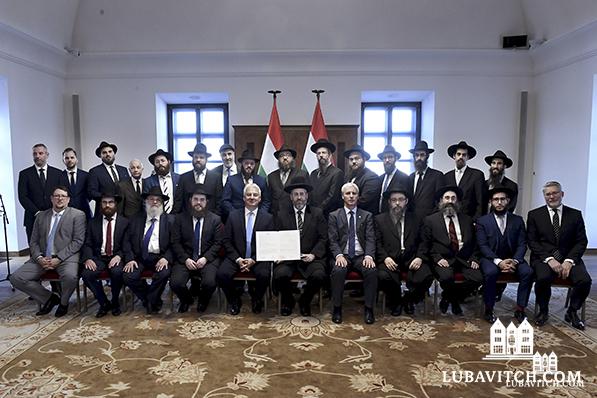