More Than 1500 At Reopening of Budapest Synagogue 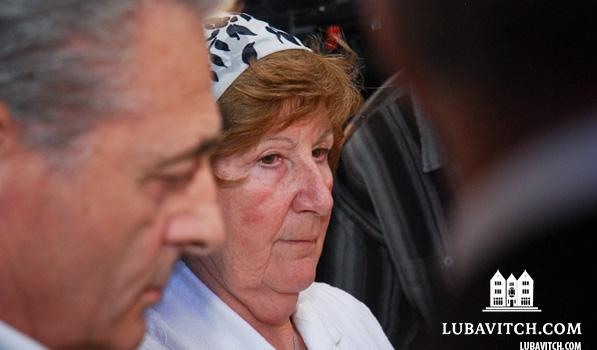 (lubavitch.com) Peter Rajnai, a 66-year-old Hungarian businessman, was among the 1500 people participating Sunday at the dedication celebration of the newly restored Obuda Synagogue in central Budapest.

It was a dreamlike experience for the Holocaust survivor who grew up in the Jewish orphanage next door to the synagogue after the war. The last time he’d been in this synagogue was in 1957.

“This is where I was bar-mitzvahed, but I never went inside after it was no longer used as a synagogue.”

Appropriated by the communist government and used as a studio for state-run TV in 1960, the synagogue stood for years as a reminder of the plunder and pillage of Jewish life in Hungary. At its height in 1940, Hungary’s Jewish community counted about 800,000 Jews. Budapest had 125 synagogues. The Obuda Synagogue, built in 1820, was only one of them.

But on Sunday, the 400-seat sanctuary was filled to standing room only. Hungary’s Deputy Prime Minister Zsolt Semjn spoke about the significance of the event, particularly to the Hungarian government. Though communism formally ended in Hungary 20 years ago, he observed, the reopening of the Obuda Synagogue to be used for Jewish life, was symbolic of the real end to communism.

“Every house of prayer, regardless of religion, represents the human being’s connection with G-d,” said Mr. Semjn. “Everyone has a need to have a connection with his Creator, so taking away synagogue takes away the individual’s freedom to have this bond.”

Outside, where a tent was set up for the spillover crowd, hundreds watched on a large screen. Holocaust survivors among them—there are about 10,000 living in Hungary today—moved to tears, observed the closing of a circle. Israel’s Chief Rabbi Yona Metzger spoke. A Torah scroll, dedicated by Gabor Futo, a local real estate developer was carried in.

“This is the moment—when the Torah is installed—that makes the building a synagogue, a sanctuary,” Rabbi Shlomo Koves, Chabad’s representative to Budapest, and rabbi of the synagogue, said.

Rabbi Boruch Oberlander, Chabad’s representative to Hungary, and Rabbi Koves—himself a Hungarian Jew—who worked to secure the return of the synagogue, are doing their best to make life attractive to the city’s Jews.

The synagogue will be open every day, not only for prayer services, but for all of the Chabad educational and social outreach programs. Rabbi Koves anticipates about 300 worshipers the first night of Rosh Hashana. A huge sukkah will be set up with space for at least 150 people to enjoy holiday meals.

“It will be, and is already, the city’s Chabad center,” said Koves.

Built in 1820, it will continue to carry its original name, Kehal Adas Yehsurin, but now also, with the addition of Beit Knesset Chabad-Lubavitch.

Related Articles
View All
After 60 Years, Óbuda Synagogue To Open Its Doors For Rosh Hashana
Sixty years after it was emptied of its Jewish worshipers, the Óbuda synagogue in Budapest—the oldest in Hungary, will open its doors to services this…
Get Inspiration to your inbox!
Newsletter
Join our weekly newsletter for inspiration and updates
Donate
Find Your Local Chabad Center
Chabad
About Chabad-Lubavitch
About Chabad Lubavitch
The Rebbe
Headquarters
Magazine
Magazine
News
News & Updates
In The Media
Impact
Social and Humanitarian
Social and Humanitarian
Education
Education
Community
Community